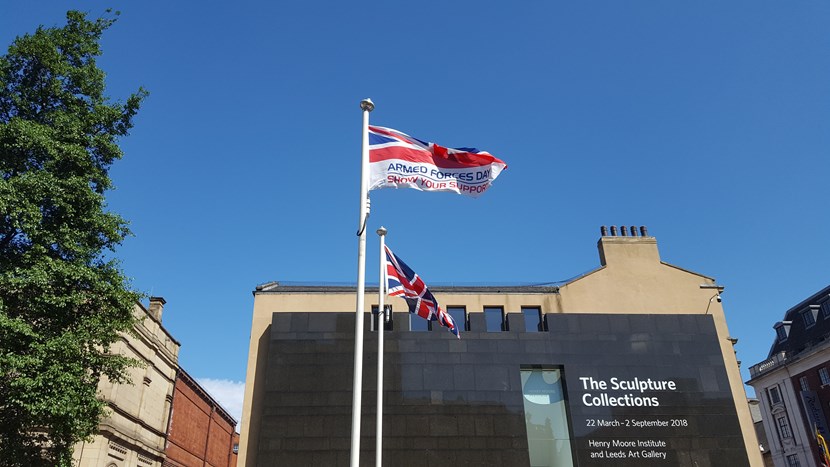 In the 75th year following D-Day and the Battle of Monte Cassino, Leeds City Council Armed Forces Champions – Councillors Jane Dowson, Caroline Gruen and Mohammed Iqbal, and members of the armed forces and veterans associations – under Parade Marshal, Jeff Gantschuk – have arranged a grand military spectacle in the form of a short parade and flag-raising to mark the start of the annual Armed Forces Week.

Held on Saturday 22 June, 2019 from 11am-11.45am, this prestigious event takes place at Victoria Gardens on the Headrow and is hosted by the Lord Mayor of Leeds, Councillor Eileen Taylor with the assistance of the Leeds Children’s Mayor Rio Abbott. Also present will be eminent civic dignitaries, HM Lord-Lieutenant of West Yorkshire, Mr Ed Anderson; High Sheriff of West Yorkshire, Mr Paul Lawrence; and Honorary Recorder of Leeds, His Honour Judge Guy Kearl QC

Along with an impressive array of standards, among those in attendance will be representatives from:

The Armed Forces Flag will be raised and flying proudly over civic buildings, which will be lit in red, white and blue for the week, leading up to the big event – Leeds Armed Forces Day, which takes place on Briggate on Saturday 29 June.

To keep up to date on Leeds Armed Forces Day, please see: www.leeds.gov.uk/armedforcesday or on Twitter and Facebook: @LeedsAFD

“Leeds has a rich and historic link with our armed forces and we have recently undertaken a significant Armed Forces Covenant re-signing, cementing our commitment to ensure that a variety of support, help and guidance is available to in-service personnel, veterans and their families.

“I’m delighted to be marking the start of Leeds Armed Forces Week at this flag-raising event, where we have the occasion to come together, celebrate and thank both serving personnel and veterans for their tremendous service.” 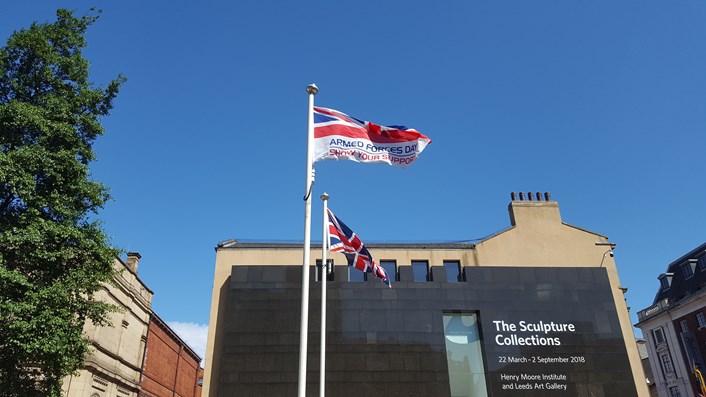