An award-winning firm of architects have been appointed to develop plans for the landmark refurbishment of West Yorkshire Playhouse.

After inviting designers to bid for the project, Leeds City Council has appointed Page \ Park Architects to lead on the design for a major capital development of the Leeds theatre.

The Glasgow based architects will develop the design proposals for the theatre’s multi million pound transformation, which will deliver improved access to the theatre, upgrading of backstage and infrastructural equipment, a new city-facing entrance and the addition of a new studio theatre space.

The architects have previously designed improvements for The Centre for Contemporary Arts and the Theatre Royal in Glasgow and Eden Court Theatre in Inverness.

Councillor Judith Blake, leader of Leeds City Council said: “It’s exciting to see this landmark project, which will transform one of the city’s key cultural institutions, taking such an important step forward.

“Appointing an experienced architect is a crucial element of improving and securing the Playhouse and, working alongside the team at the theatre, we’re confident our vision for the regeneration of this much-loved part of Leeds can now begin to take shape.

“As we also look ahead to our bid to be named European Capital of Culture 2023, we also know the Playhouse will be absolutely integral to our future ambitions to provide a truly world class cultural offering.”

“We’re absolutely thrilled about Page \ Park’s appointment. It’s tremendously exciting to be working with a practice with such a wealth of theatre and cultural organisation experience.

"We were hugely impressed both by their conceptual ideas for the future of the Playhouse building and by how clearly they understood our vision and values, as a vital theatre rooted in our communities and a great artistic beacon for the north.

“We can’t wait to get started with them on shaping this next chapter in the Playhouse’s history.”

‘We are delighted to have won the commission offered by the city council for the exciting new project for the West Yorkshire Playhouse, and to be able to bring our theatre experience, at the Centre for Contemporary Art and Theatre Royal in Glasgow and the Eden Court Theatre in Inverness, to transform the public face of the building in the context of the council’s exciting regeneration proposals for this part of the city centre.”

The architect’s appointment follows the council’s successful initial application to Arts Council England (ACE) and an invitation to now make a further application for a grant of £6.6m towards the cost of the project.

If the Stage Two application is successful, it is envisaged that construction work will begin on site in the second half of 2017, with completion in late 2018.

The project is expected to see the council commit £4.9m towards the cost of the refurbishment of the theatre building.

Construction work at the theatre is likely to involve a period of closure so planning will now also begin for the continuation of the Playhouse's programme off-site during this period. 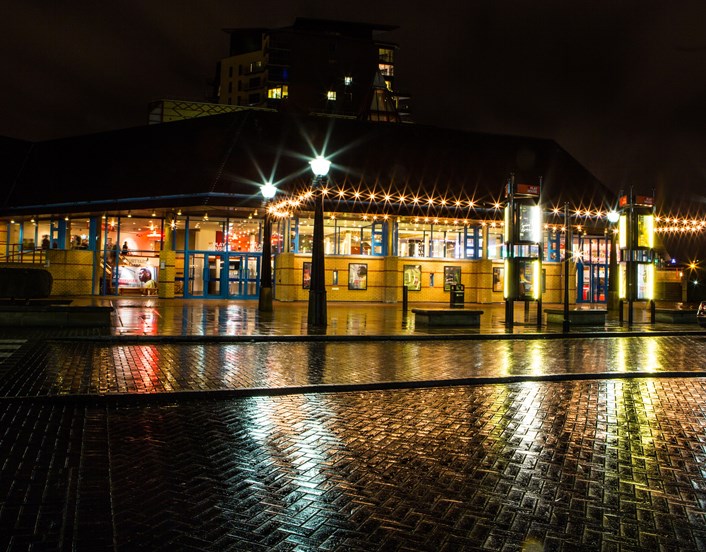