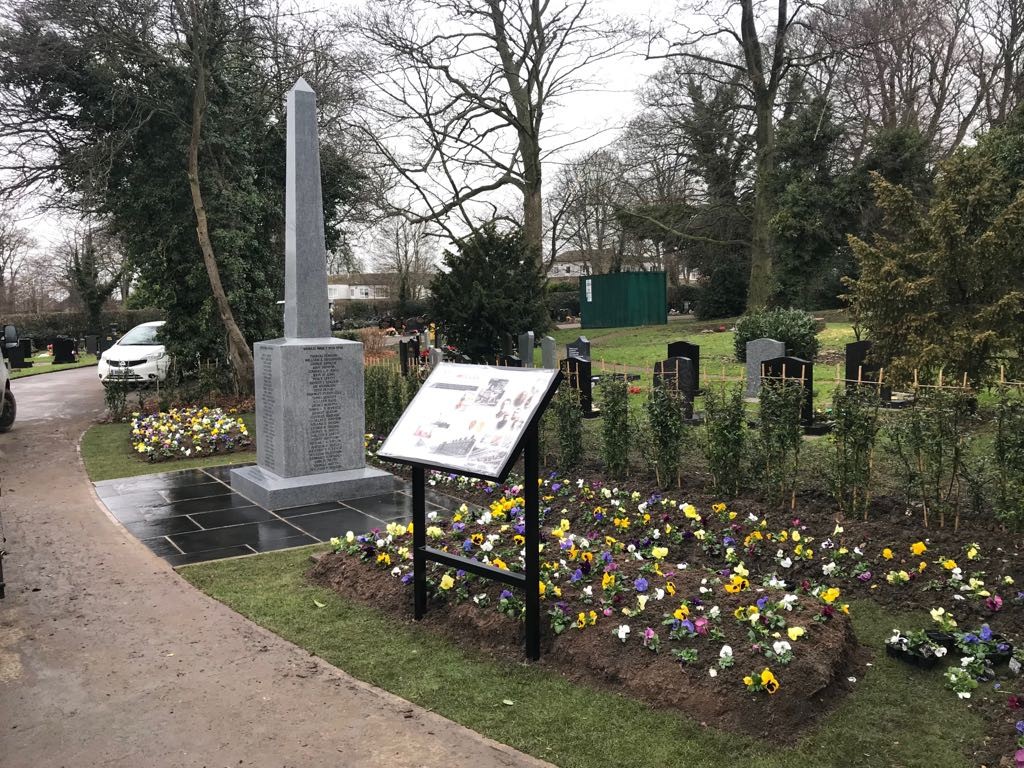 A poignant new war memorial honouring those people from Garforth who lost their lives whilst serving their country in times of conflict has been unveiled at Garforth Cemetery this week.

Members of the British Legion, local residents and dignitaries joined the Lord Mayor of Leeds, Cllr Jane Dowson as part of a special service to officially mark the arrival of the new memorial stone, which includes the names of people from Garforth who were killed during the First World War, World War II and the Korean War. In officially unveiling the war memorial, the Lord Mayor also laid a wreath on behalf of the people of Leeds, which was followed by a minutes silence and the playing of both The Last Post and Reveille by a bugler.

At the base of the memorial, which is made up of black limestone is the following engraved description; ‘For the local people of Garforth who made the ultimate sacrifice for our country. We must not forget them’.

The creation of a new war memorial in Garforth, which is the first to be located outdoors in the east Leeds community, follows a tremendous effort from local representatives, groups and organisations to ensure that a fitting tribute to the fallen be located in the community. A roll of honour remembering those from Garforth who lost their lives in conflict is currently located within the confines of nearby St Mary’s Church.

“I was honoured to unveil a new war memorial to remember those from Garforth who lost their lives in conflict serving their country. This is the first outdoor war memorial in Garforth and it will offer somewhere for the local community to come together at times of remembrance to reflect and pay tribute.

“This was an extremely proud and moving occasion especially for those involved who have worked so hard to bring the memorial project to fruition.”