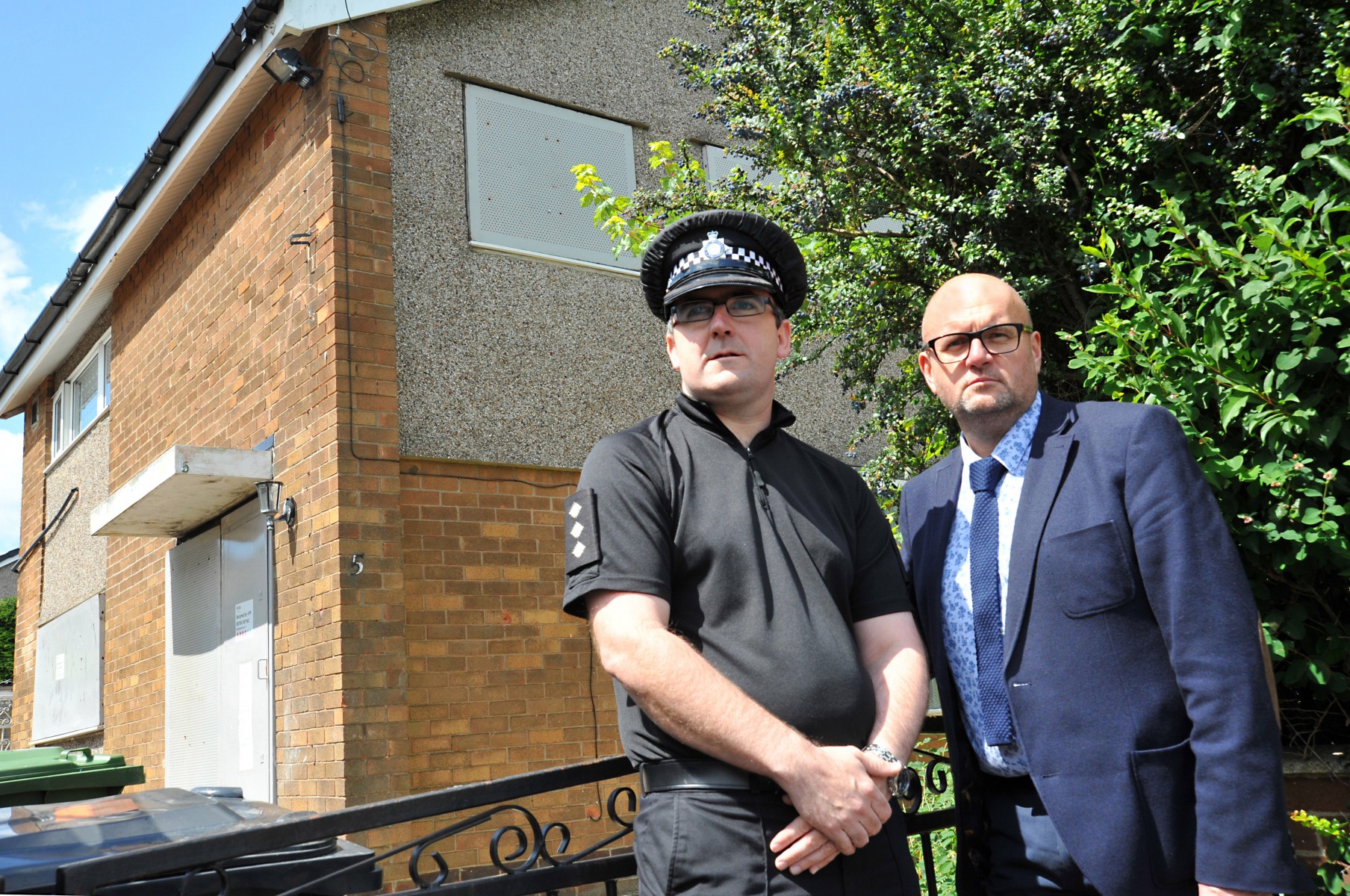 A private property blighted by anti-social behaviour in Leeds has been closed as part of a landmark ruling in Leeds.

Undertaken by the Leeds Anti-Social Behaviour Team (LASBT) and partners including West Yorkshire Police, a Premise Closure Order was secured at Leeds Magistrates Court after repeated instances of noise nuisance at 5 Holmwood View in Meanwood.

This is the first Premise Closure Order to be obtained in a case featuring a privately owned residential property in Leeds, as part of new powers contained in the Anti-Social Behaviour, Crime and Policing Act, 2014.

Following the decision, the occupiers were ordered to immediately leave the property for a three-month period, which has now also been closed and sealed.

The decision to obtain the order was made after previous action taken against the occupiers, including the serving of a Noise Abatement Notice and seizure of noise making equipment including a television, computer, music stereos and speakers did not result in a positive change of behaviour.

Along with the playing of loud music, residents in the area were also subjected to general disorderly behaviour by both the occupiers and regular visitors to the home.

“It is extremely positive news that by making full use of these new powers, we have been able to for the first time close a private property in Leeds due to the continued anti-social behaviour of the occupiers, who now have to move out of their home for three months.

“I hope this sends out a very clear message of the action that we and our partners are willing to take against anyone living in any property, be it social or private, who through their anti-social behaviour are making the lives of other residents a misery.

"We will be monitoring the behaviour of the occupiers very closely if they decide to move back in after the closure order elapses, and they can be rest assured that if the same problems as before arise, further action will be taken by us.

“We don’t want anyone to have to suffer in silence due to anti-social behaviour, and if this is happening to you, your family or a friend, please don’t hesitate in contacting us as soon as possible.”

“The behaviour linked to this address was completely unacceptable and was having a really negative impact on the lives of other residents. Despite a number of previous interventions by the police and council, the problems persisted and we needed to put in place a lasting long-term solution.

"This successful action using the latest available legislation should demonstrate our ongoing commitment to working in partnership to tackle anti-social behaviour regardless of whether the property involved is local authority or privately owned. We hope it will serve as a clear warning to others who persist in making peoples’ lives a misery.”