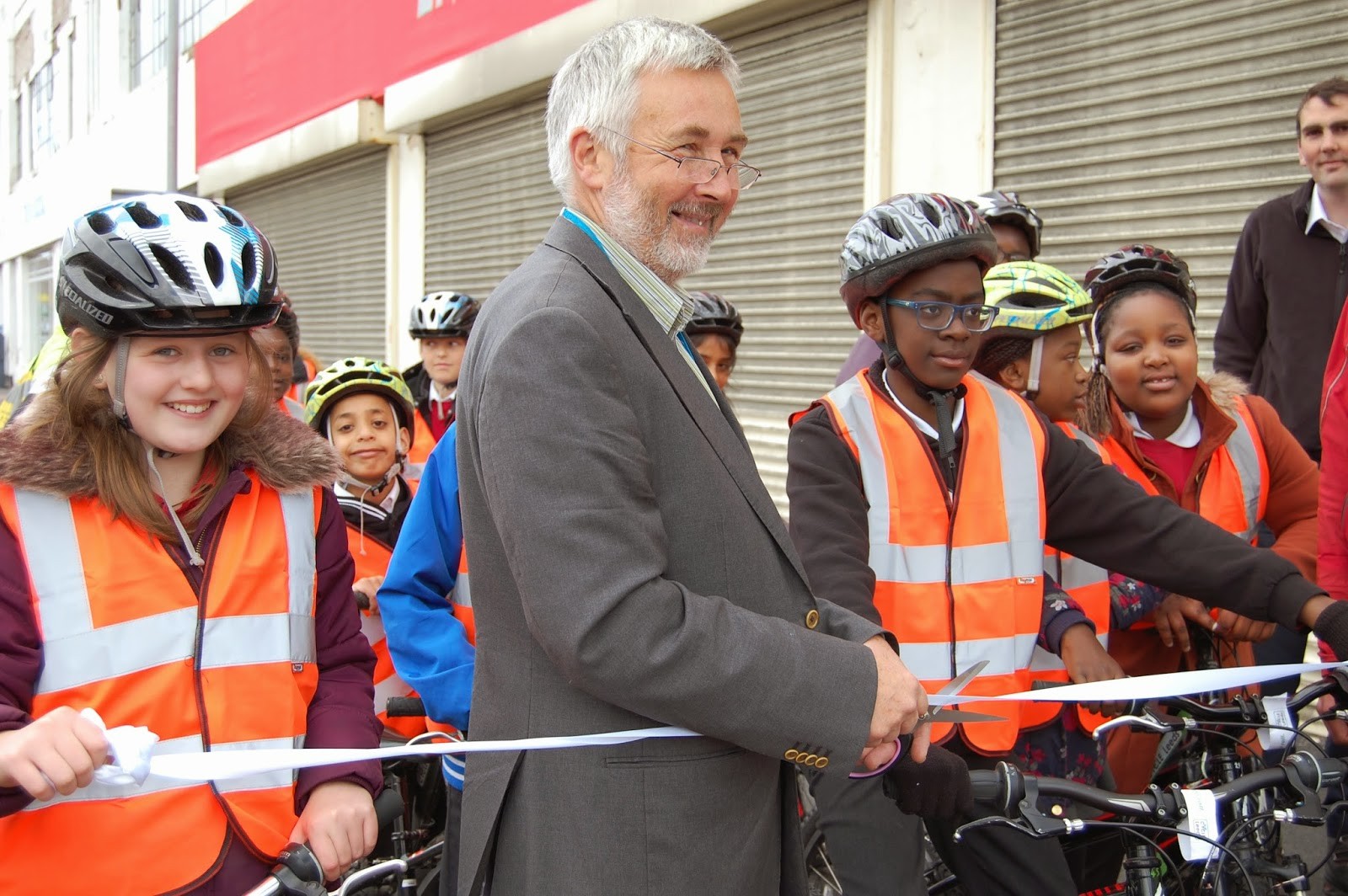 With one month to go before Sky Ride rolls into town Leeds City Council is celebrating the occasion by opening its latest priority cycling route.

The newest addition to the core cycle network runs from Meanwood Road to Quarry Hill and is mainly a segregated off-road facility providing users with extra safety.

Children from Shakespeare Primary School will christen and officially open the route on Wednesday 20 May at 10.30am.

It marks one month to go before the city’s latest cycling spectacular takes place Sunday 14 June for which registration is still open at www.goskyride.com/leedsskyride.

The free family-friendly mass-participation bike ride has proved very successful in previous years attracting more than 8,500 people of all ages and abilities, with many more lining the streets to cheer along friends, relatives and loved ones.

The new cycleway forms part of a forward thinking council plan creating an extensive network of 17 routes – the Leeds core cycle network. It is of a higher standard to anything previously constructed outside of London embracing many features of the cycle super-highway.

Currently under construction the super-highway will not only link Leeds and Bradford, but schools, colleges and communities helping increase cycling across the area.

“We’re very pleased to see this latest route open for use. It is yet another addition to our congestion busting cycle network. We’re committed to reducing congestion in the city and making cycling as accessible as possible to the people of Leeds.”

The 6.5km route of this year’s Sky Ride was recently revealed. Riders can look forward to starting from the same point on The Headrow, as cycling greats during last summer’s “Grandest of Grand Départs”. They will also pass iconic city landmarks from Leeds University to the town hall and first direct arena.

“Sky Ride is an excellent, inclusive event with a real festival atmosphere. It is a one-off experience to enjoy the city centre traffic free, so why not take the opportunity and sign up. Leeds is passionate about cycling and big events like this and the Tour de Yorkshire leave a legacy that improves the city for cyclists.”

“Every year Sky Ride big bike events seem to be better than before and it’s really encouraging to see so many people inspired to join in with Sky Ride Leeds.

“Everything about these events is geared towards making cycling fun and accessible, and it can only be a good thing for cycling in Britain. Together with Sky Ride Local, Breeze and Ride Social, it all goes to prove what a great time it is to get into cycling in Britain.”

“We’re delighted to partner with Leeds City Council on this important link for their core cycle network, and we think the design process has helped to really advance cycle infrastructure in the city. The route also forms part of Sustrans’ national cycle network, which now has over 1000 miles in Yorkshire and this year celebrates its 20th anniversary.”