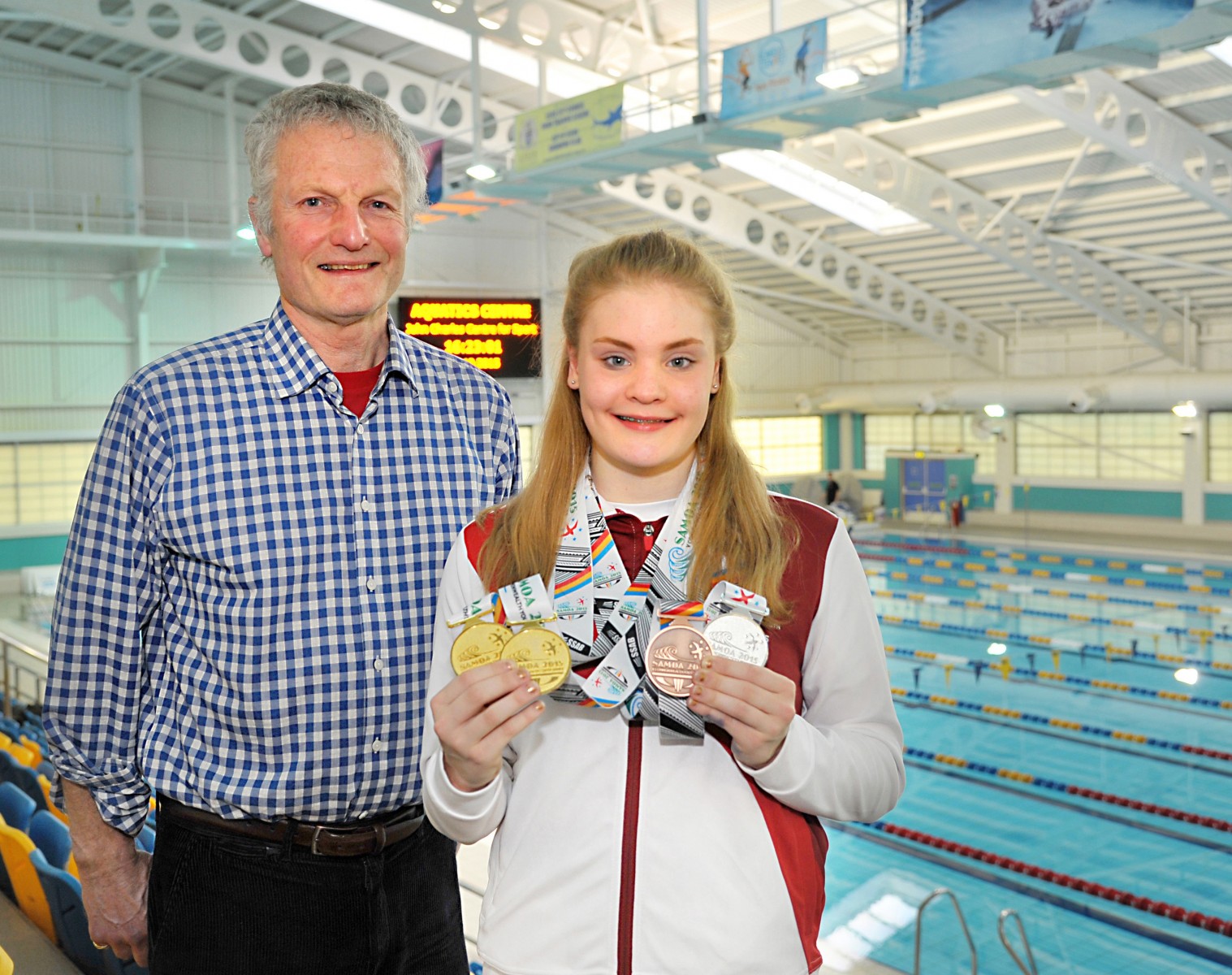 In a fantastic performance, 15-year-old Layla claimed two Gold medals in the 100m and 200m breaststroke, one Silver in the 4 x 100m Medley Relay and a Bronze in the 50m Breaststroke at the games held in Samoa during September. Layla, who trains at the John Charles Centre for Sport as a member of the City of Leeds Swimming Club, is also currently ranked number four in the Great Britain senior rankings, and has contributed six of the 18 international medals swimmers based in the city have won in 2015.

Layla who started swimming at the age of four, joined another council sports centre John Smeaton at the age of eight, and after joining the national squad aged 12, competed in her first senior final at just 13.

“Layla’s performances at the recent Commonwealth Youth Games were simply fantastic, and we are all extremely proud of her achievements. The coaches and support staff at the City of Leeds Swimming Club are outstanding, and they deserve great credit for the work they are doing day in, day out at our very own John Charles Centre for Sport with athletes such as Layla.

“It must not be forgotten that the world class facilities at John Charles Centre for Sport are also available for public use, and we hope that Layla’s accomplishments will act as a real spur for people of all ages, and young women and girls in particular, to get involved in sport and exercise in the city not just at John Charles, but at all of our leisure centres across Leeds.”