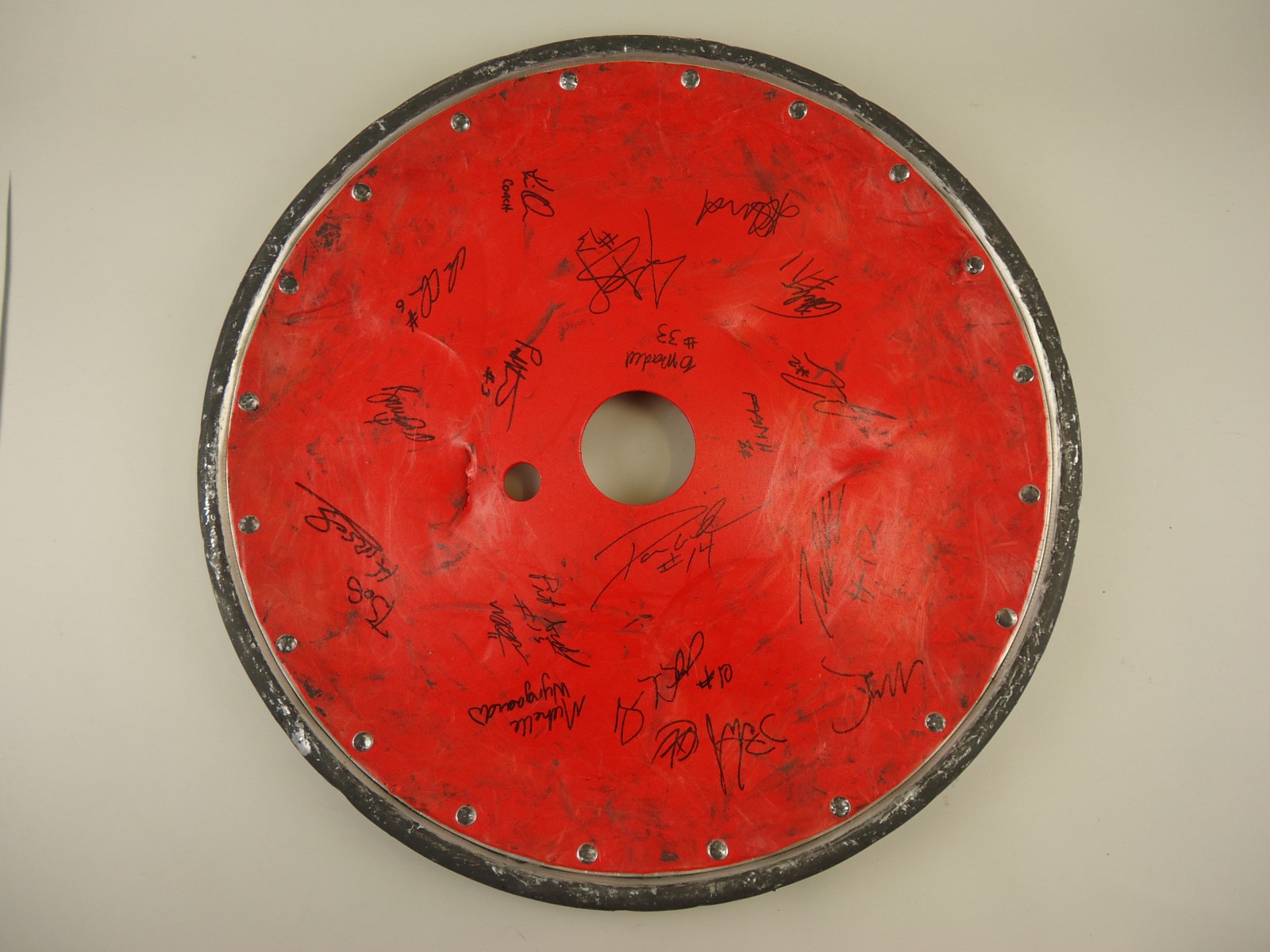 With thousands lining the streets to watch the Olympic torch relays and the city’s athletes putting in a superb display, communities in Leeds still have many happy memories from 2012.

A permanent reminder of the amazing legacy the Games left behind was put on display at Leeds City Museum in 2013 and can now be seen in the store of the Leeds Discovery Centre.

The wheel guard was donated by the Canadian Paralympic wheelchair rugby team, who trained at the University of Leeds in August 2012.

The team went on to win a silver medal at the Games and sent the wheel guard back to Leeds as a memento and a thank you.

Originally used by team member Zak Mandell, the wheel guard is signed by all 18 members of the squad and still bears the scars of several high-impact clashes.

The wheel guard is one of a number of items in the Leeds Museums and Galleries collection from around the 2012 Games which saw the museum’s team work with torchbearers, Olympians, Paralympians, organisers and volunteers.

“The Olympics and Paralympic Games of 2012 was one of those rare occasions when there was an incredible sense of unity across the whole nation and it was amazing that Leeds was able to play such a memorable part.

“Leeds City Museum has a fabulous array of artefacts from the ancient world, but it’s just as important that we document and remember our modern history too, and displaying objects like this allows us to do just that.

“It’s also inspiring to think that future generations, who may not have been here for the 2012 Games, will still be able to get some sense of what they meant to our country and our city.”