Leeds Health and Wellbeing Board signs up to homeless health charter 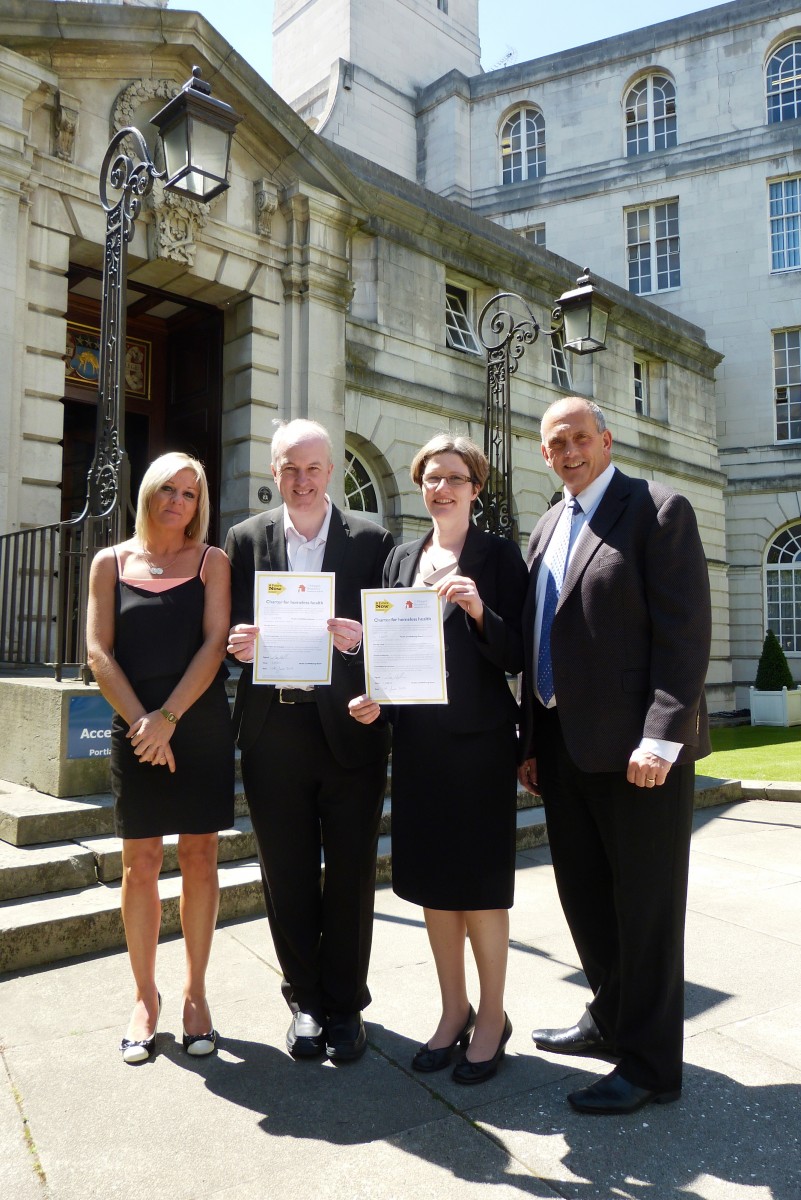 Leeds signs up to homeless charter

A commitment to understand the health needs of homeless people is at the heart of the St Mungo’s Broadway ‘Homeless Health Charter’ which Leeds health and care leaders have pledged to support.

Leeds Health and Wellbeing Board Chair Lisa Mulherin today signed up to support the aims of the charter, joined by John Walsh, from Leeds Community Healthcare NHS Trust (LCH) and a specialist in working with homeless people.

To highlight the poor health experienced by homeless people, St Mungo’s recently released a report, Homeless Health Matters: the case for change, which reveals that:

“Homelessness hurts. Homeless people have some of the highest levels of poor health within our society and we have launched this campaign to demand action to improve the health of some of the most vulnerable.

“We thank Leeds for signing our Charter and committing to include homeless people in their local health plans. This means we can really start tackling inequalities and improving people’s health. We urge other Health and Wellbeing Boards to follow their example.”

“Leeds has been demonstrating real commitment to helping homeless people and we are seeing the benefits of that at HALP. By linking services across the city more closely and being aware of what the situation is, resources are being targeted better and delivering more effective outcomes.”

Homeless Health Matters is part of a St Mungo’s Broadway three year overarching campaign “A Future. Now.” The campaign aims to raise awareness of skills, health and housing issues to help improve the lives of homeless people across the UK.

More information about the services at York Street can be found here: http://www.leedscommunityhealthcare.nhs.uk/our_services_az/york_street_health_practice/

Recommendations in Homeless Health Matters: the case for change include:

Formed in April 2014 by the merger of two long established charities, St Mungo's and Broadway, as well as managing projects including StreetLink and the Combined Homeless and Information Network (CHAIN).

Further press information for St Mungo’s Broadway can be obtained from Gemma Hollingshead, media coordinator, on 020 8762 5570 or 07979 018 734 or email gemma.hollingshead@mungosbroadway.org.uk