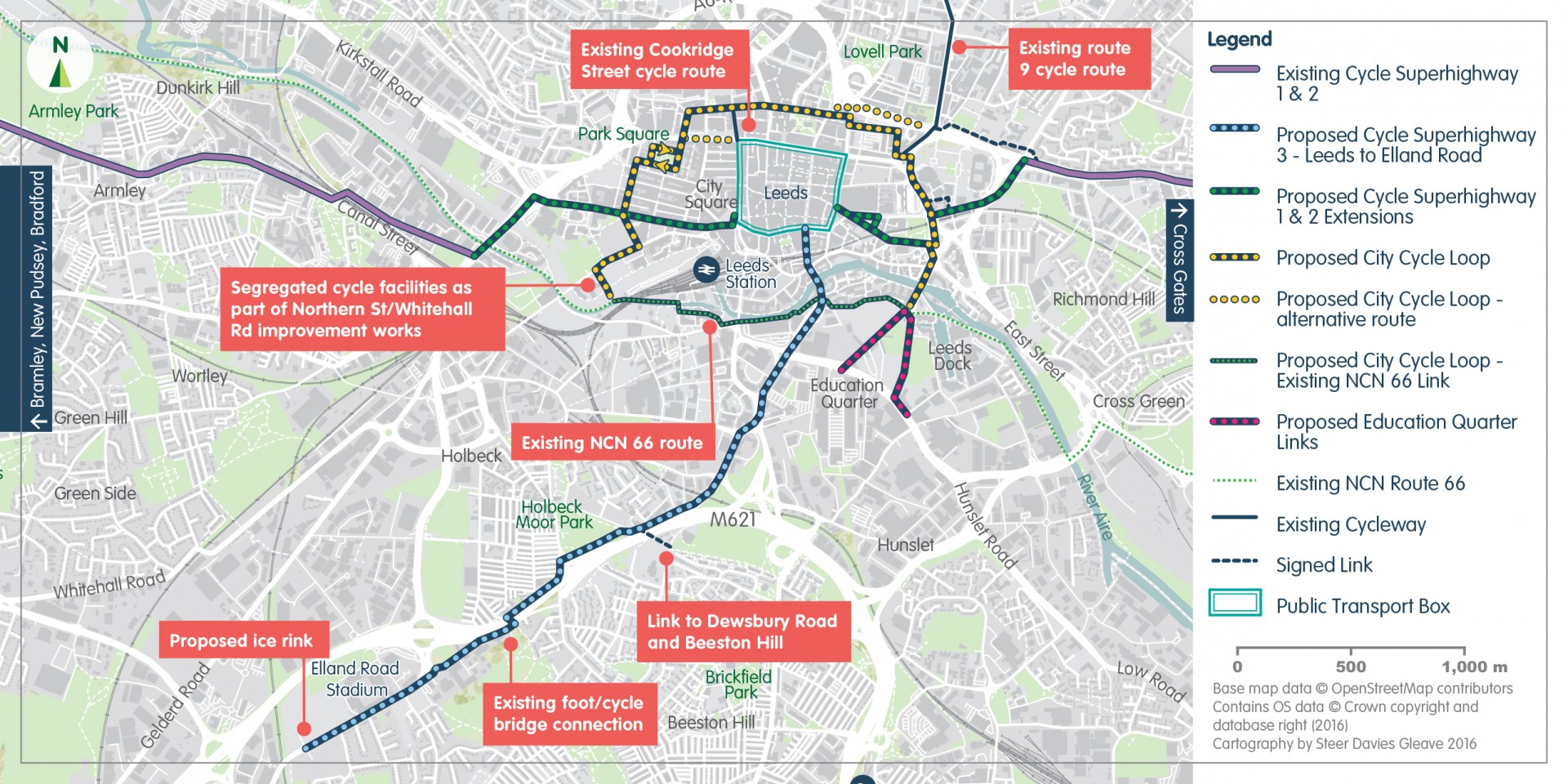 Plans to invest £6.5million on further improvements to cycling infrastructure in Leeds will be considered by senior councillors this week.

Following the recent announcement that over 100,000 trips on the CityConnect Cycle Superhighway (CS1) have already been made since it opened in June last year, proposals for the next stage of CityConnect, will be discussed at the executive board meeting at Civic Hall on Wednesday 8 February.

The new plans signal the start of the next phase of CityConnect, which would deliver the first part of an additional 10 kilometres of segregated cycle lanes in Leeds. CS1 and CS2, the 23-kilometre cycle superhighway, runs from Seacroft to Leeds city centre and on through Pudsey to Bradford city centre. CityConnect have also delivered improved access along the Leeds Liverpool Canal towpath between Leeds and Shipley.

A successful bid has now been put in to the government’s Cycling City Ambition Grant to secure additional funding for further infrastructure improvements in Leeds, Kirklees, Wakefield, Calderdale, Bradford, Leeds and York.

For Leeds, it means a further £6.5m to begin the next element of CityConnect. This would extend the cycle superhighway through the city centre along Wellington Street to City Square, from Queen Street to Westgate, from Leeds Bridge into the South Bank and from north to south along the line of St Peter’s Street. Improving access and making it easier and faster to move around the city for residents and visitors alike, including students attending the new education hub at the South Bank.

The full delivery of Leeds’ cycling ambition would be carried out in phases as funding becomes available, with the further elements of it to offer up to 10 kilometres of new segregated lanes in total including: