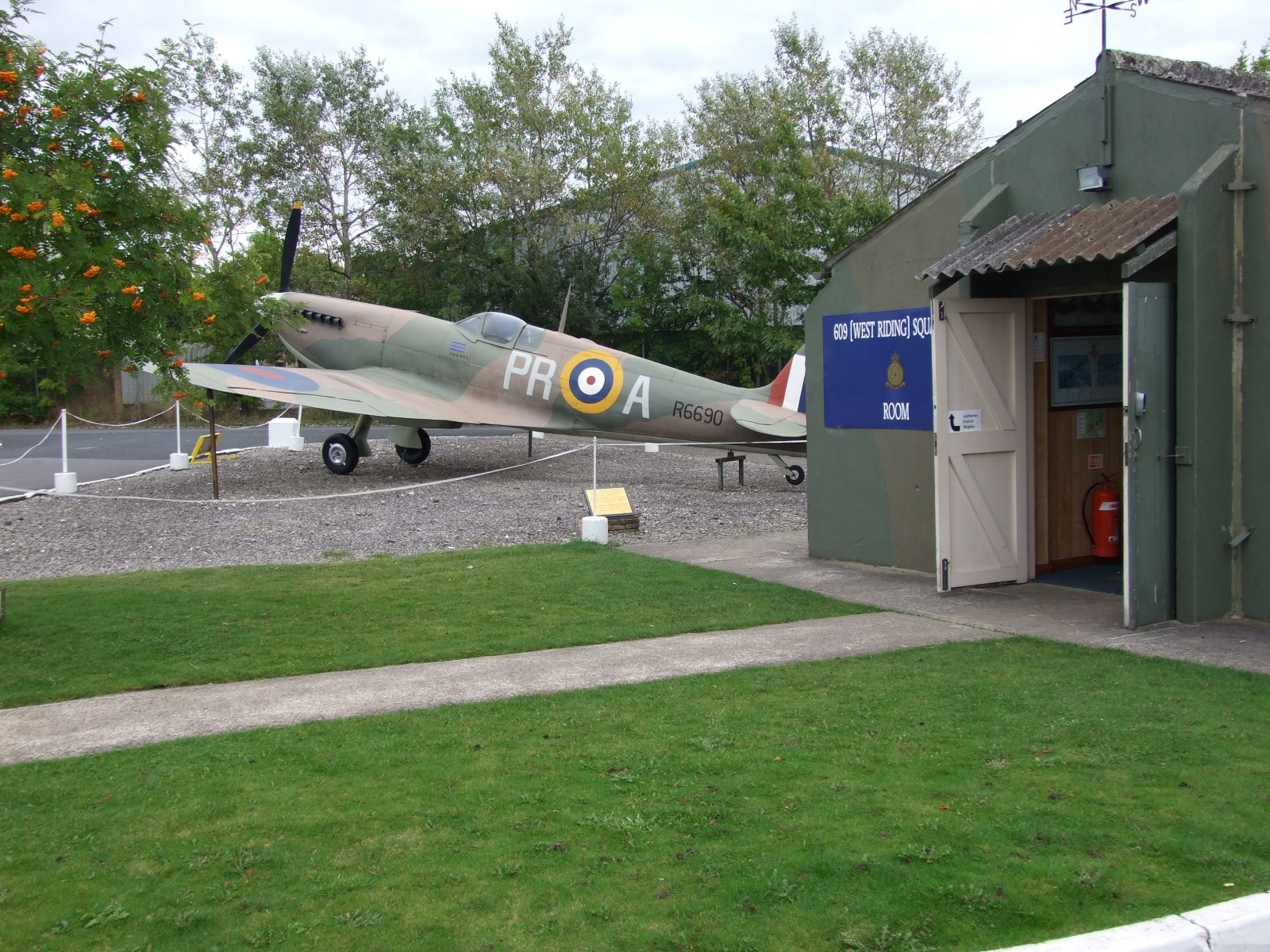 609sqnroomandspitfire.jpg
Find out more about the Battle of Britain and 609 Squadron who were formed at Yeadon aerodrome tomorrow in Victoria Gardens.

Sent on behalf of the Yorkshire Air Museum:

The Yorkshire Air Museum will be bringing an exhibition into the heart of the city tomorrow, Saturday 19th September, to mark an historic connection to the Battle of Britain in this 75th anniversary year.

On the 10th February 1936, 609 (West Riding) Royal Auxiliary Air Force Squadron was formed at Yeadon aerodrome as a Bomber Command Squadron, flying Hawker Hart and Hind fighter bombers. In 1938 it was re-designated as a Fighter Command Squadron and re-equipped with the new Supermarine Spitfire Mk Ia aircraft, under the Command of Squadron Leader Geoffrey Ambler, who was from a well-known Guiseley textile family. It was a fully civilian Squadron at this time, but, as the clouds of war gathered in 1939, the Squadron was called into full time service.

The Spring of 1940 saw the Squadron have the distinction of escorting Winston Churchill on his two visits to France and in May saw action in support of the Dunkirk evacuation. In July, the squadron is based at Middle Wallop to protect the South Coast and West of London, and becomes involved in daily skirmishes with the enemy. However, the Squadron distinguishes itself with the destruction of 46 aircraft during August, but the price was the loss of most of the original pre war pilots. By October, the Squadron had become the first to destroy 100 enemy aircraft.

Ian Reed, Museum Director commented: ”The exhibition that the Yorkshire Air Museum is bringing to Leeds on Saturday will reflect this amazing contribution to the outcome of the Battle of Britain and present some of the key moments and facts about this historic aerial battle, which could be seen really as the battle for Britain.”

Cllr Graham Hyde, Leeds City Council’s armed forces champion said: "The bravery of RAF pilots involved in the Battle of Britain should never be forgotten, and this Saturday the Yorkshire Air Museum will be hosting a very special exhibition in Leeds on Victoria Gardens to mark the 75th anniversary of the event, which really does promise to be something not to be missed.”

The display will be supported by three re-enactors depicting pilots and an armed guard, all in authentic period costume, ‘awaiting the call of the Scramble Bell’. An historic 1937 MGTA roadster, the favourite transport of the young fighter pilots, will complete the display. This vehicle is known to have once been owned by an actual Battle of Britain pilot!

The exhibition will be in place from 09:00am until 17:00pm at Victoria Gardens near Leeds Town Hall, and the public and media are welcome to come along and discover this historic local connection to the Battle of Britain.