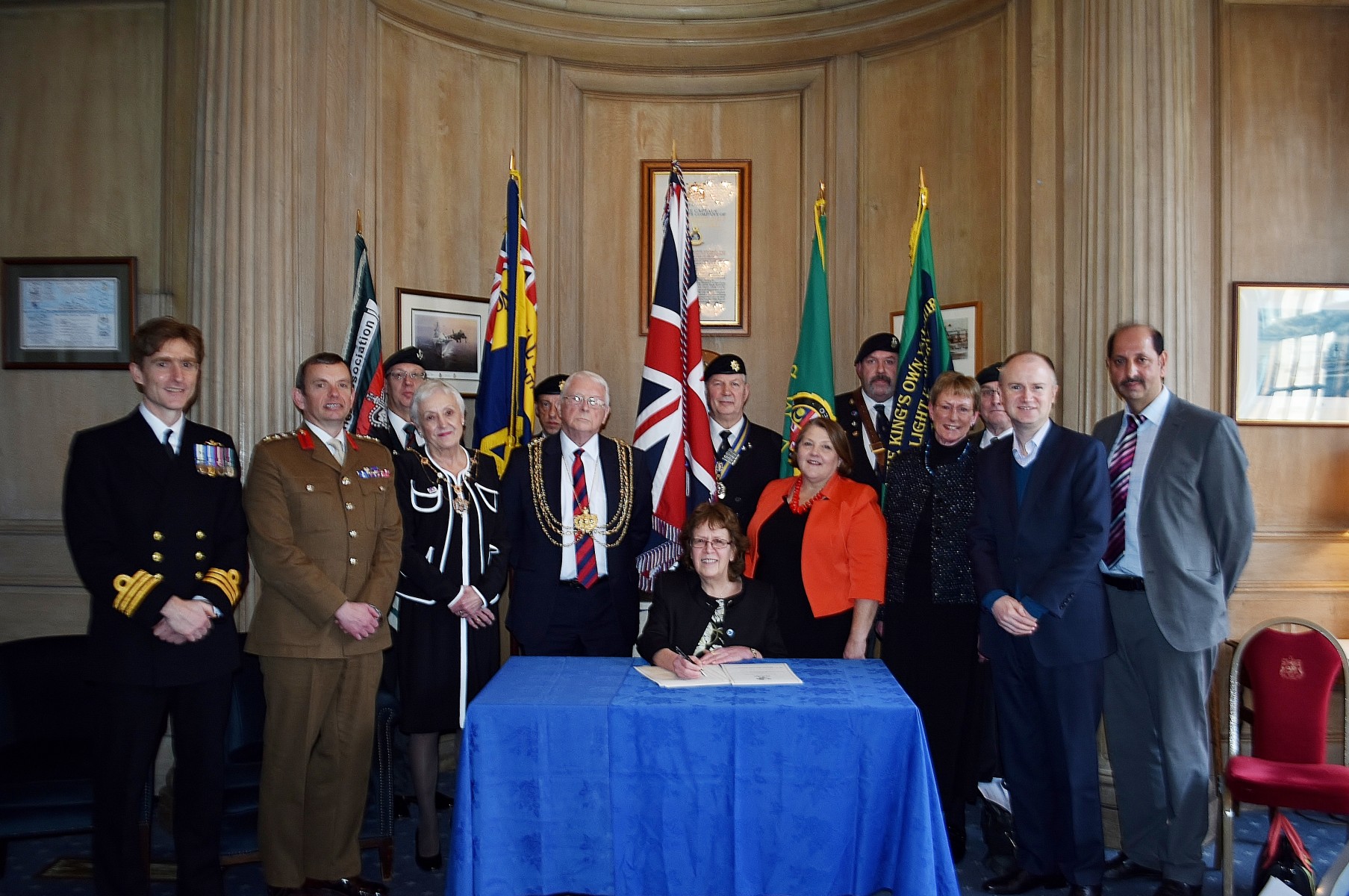 This follows representatives of the UK’s armed forces joining Councillors at Leeds Civic Hall, including Leeds City leader Cllr Judith Blake and the Lord Mayor of Leeds Cllr Graham Latty, to mark the re-signing of a special council covenant. Originally introduced in 2012, the council’s Armed Forces Community Covenant offers a range of tailored assistance, advice and help to existing and former members of the Armed Forces when wishing to access key services provided by the authority and partners.

• Providing veterans and their families in Leeds support through the Mental Health Day Opportunities Service.

• Offering designated contacts in the council’s children’s services team to enquiries from members of the Armed Forces and providing guidance on a wide range of issues including school admissions.

The council has continued to refresh and strengthened its procedures to help ensure that the best possible system is in place across all services to support any enquiries received from the Armed Forces community, and the re-signing of the covenant reflects the changes and updates which have been made.

For more details regarding the council’s Armed Forces Covenant and the support available, please see: https://www.leeds.gov.uk/residents/neighbourhoods-and-community/armed-forces-covenant

“We are extremely proud of the strong and historic links that Leeds has with our Armed Forces. Ensuring therefore that there is a package of meaningful support and help to members of the Armed Forces who may be thinking of returning to civilian life and also veterans remains very much a priority, and was the pivotal reason why we introduced the council’s Armed Forces Covenant in 2012.

“With the Armed Forces Community Covenant in place for many years now, we’ve continued to review how it works regularly to ensure that it is offering the best possible service. The re-signing of the Community Covenant reflects the updates made and underlines our commitment as a city and council to ensuring that members of the Armed Forces community have access to support, advice and practical help that they need regarding any council service.”