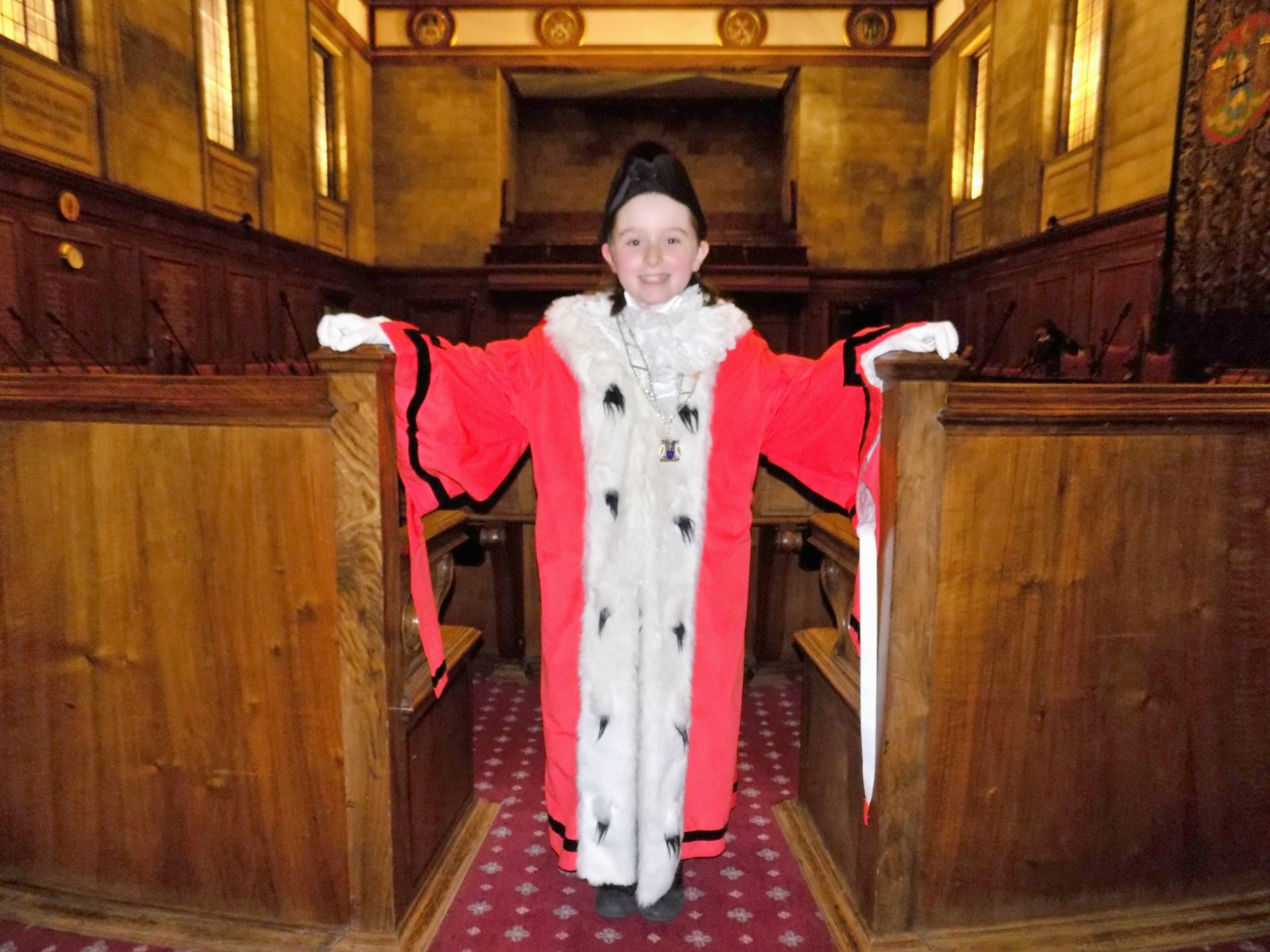 Schools across the city are being encouraged to spread the message of kindness throughout their communities, by the Leeds Children’s Mayor.

As part of her winning manifesto the Leeds Children’s Mayor, Grace Branford from Drighlington Primary School, promoted the idea of schools having at least one day a year dedicated to doing charitable acts or fundraising for third-sector organisations.

To achieve this, Grace is introducing ‘Kind Minds Mission’ and calling upon schools to encourage their pupils to take part in giving back to their local community and helping others less fortunate than themselves. Kind Minds Mission week is taking place this week, from 27 March until 31 March and 19 schools have signed up to take part.

When: Thursday 30 March between 1.30pm and 3pm (please contact the press office first to arrange).

What: Members of the media are invited to interview Grace and fellow pupils about the activities which have been taking place during Kind Minds Mission week. Pupils will be helping to sort the collection of toys and teddies for refugee and asylum seeking children.

The idea, name and slogan were devised by Grace and her seven helpers, who were all finalists in the Leeds Children’s Mayor project last year.

Grace’s manifesto gave some fantastic examples of charitable acts which schools could take part in. These include fundraising activities such as bake sales or sponsored activities, but Grace was especially keen to encourage schools to arrange activities which support local people in their area or school, and help those less fortunate through kind actions.

Grace’s school, Drighlington Primary School, is having a ‘kind minds’ box throughout the week, for every child to put in a kind message to other classmates These messages are being read out each day to the children. They are also holding a collection of toys and teddies for refugees and asylum seekers.

Other activities being organised by local schools include:

“I can't wait to see how this week goes. This is everything I've been working up to and I just hope it is a success”

“The Kind Minds Mission is a fantastic opportunity for children in our city to show how they are thinking of others and helping those less fortunate. Grace is setting a wonderful example and I hope lots of schools help her in her endeavour to help Leeds become an even more compassionate city.”