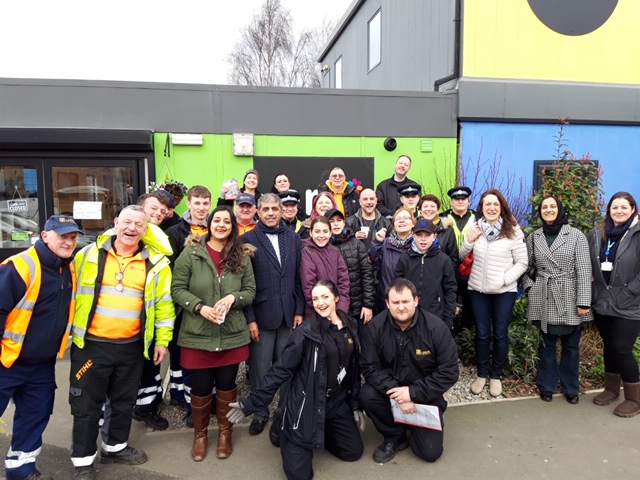 A local community fed up dealing with fly tipping and waste crime has launched a major campaign to target offenders.

The Gipton and Harehills and Burmantofts and Richmond Hill wards are the most affected parts of the city and actions will be focussed there over the coming weeks and months to tackle waste crime as part of a partnership effort with agencies and local residents’ groups.

Community leaders hope the new campaign – with a strong emphasis on ‘being watched’ – will deter offenders from committing waste crimes such as fly-tipping and that Leeds City Council will pursue perpetrators and take legal action against those found committing these crimes.

“Fly-tipping is a real blight on our communities, and leads to a significant cost to the taxpayer in clean-up costs. We do not tolerate any form of fly-tipping anywhere in Leeds and we will use every measure at our disposal against people committing these crimes.

“We hope that the campaign will encourage members of the public to provide evidence which can be used to issue fines or prosecute fly-tipping criminals through the courts.”

Anyone wishing to report fly tipping should call 0113 222 4444 or visit www.leeds.gov.uk/residents/environmental-health.