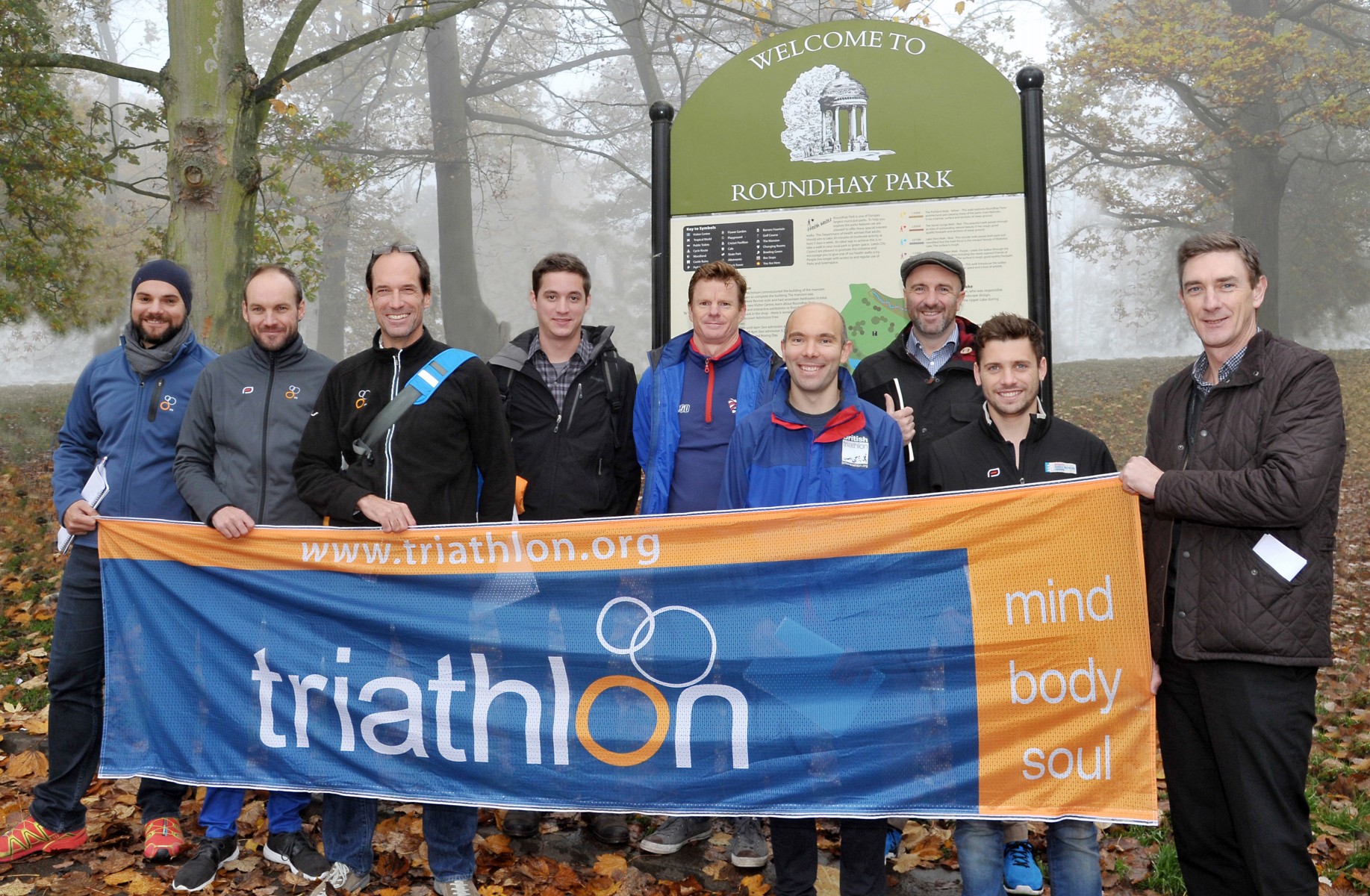 A delegation of special international guests visited Leeds this week to see how the city is preparing to host a leg of next year’s prestigious ITU World Triathlon Series.

A team of senior technical officials from the International Triathlon Union (ITU) were in Leeds to look at the proposed route and arrangements for the Columbia Threadneedle World Triathlon Leeds event which takes place on June 11-12 next year.

The visit began in Roundhay Park, venue for the opening 1500-metre swim section of the event, before following the proposed route of the 40-kilometre bike element into the city centre, where the world’s best triathletes will complete circuits before finishing with a 10-kilometre run passing many of the city centre’s iconic landmarks.

Organised by British Triathlon, Lagardère Sports and Leeds City Council and supported by UK Sport, the event will be the final chance to see Great Britain’s leading triathletes in action on home soil before they compete at the Rio 2016 Olympic Games.

“The city of Leeds has been steadfast in its excitement and preparation for its debut on the World Triathlon Series next year. The ITU’s technical delegation was pleased to see the progress that has been made for what we feel will be an excellent event.”

“We were delighted to welcome the delegation from the ITU and our colleagues at British Triathlon to Leeds and we are very pleased with how the visit went and the positive feedback we received.

“A lot of fantastic work is going on by all the partners involved to ensure this will be one of the standout events of next summer and another wonderful must-see weekend for Leeds.”

“The Columbia Threadneedle World Triathlon Leeds is getting ever closer and the ITU’s visit to the city is an important step on our journey to delivering an inspirational event in 2016. Demand for entries into the event has been terrific and with only a small number of places left on the Sunday, Leeds is set to be a landmark occasion for the sport.”

Alongside the elite races, approximately 5,000 amateur triathletes will take on the challenge of completing the same course on the same day as the world’s best in the mass-participation elements of the event.

Final places are available in the sprint and beginner distances as well as the team relay options, meaning individuals of all fitness levels can take part. Visit http://leeds.triathlon.org/ for details and entry options.

There will also be activities and events taking place on Saturday 11 June, offering people of all ages a sample of triathlon in Roundhay Park the day before the main event.