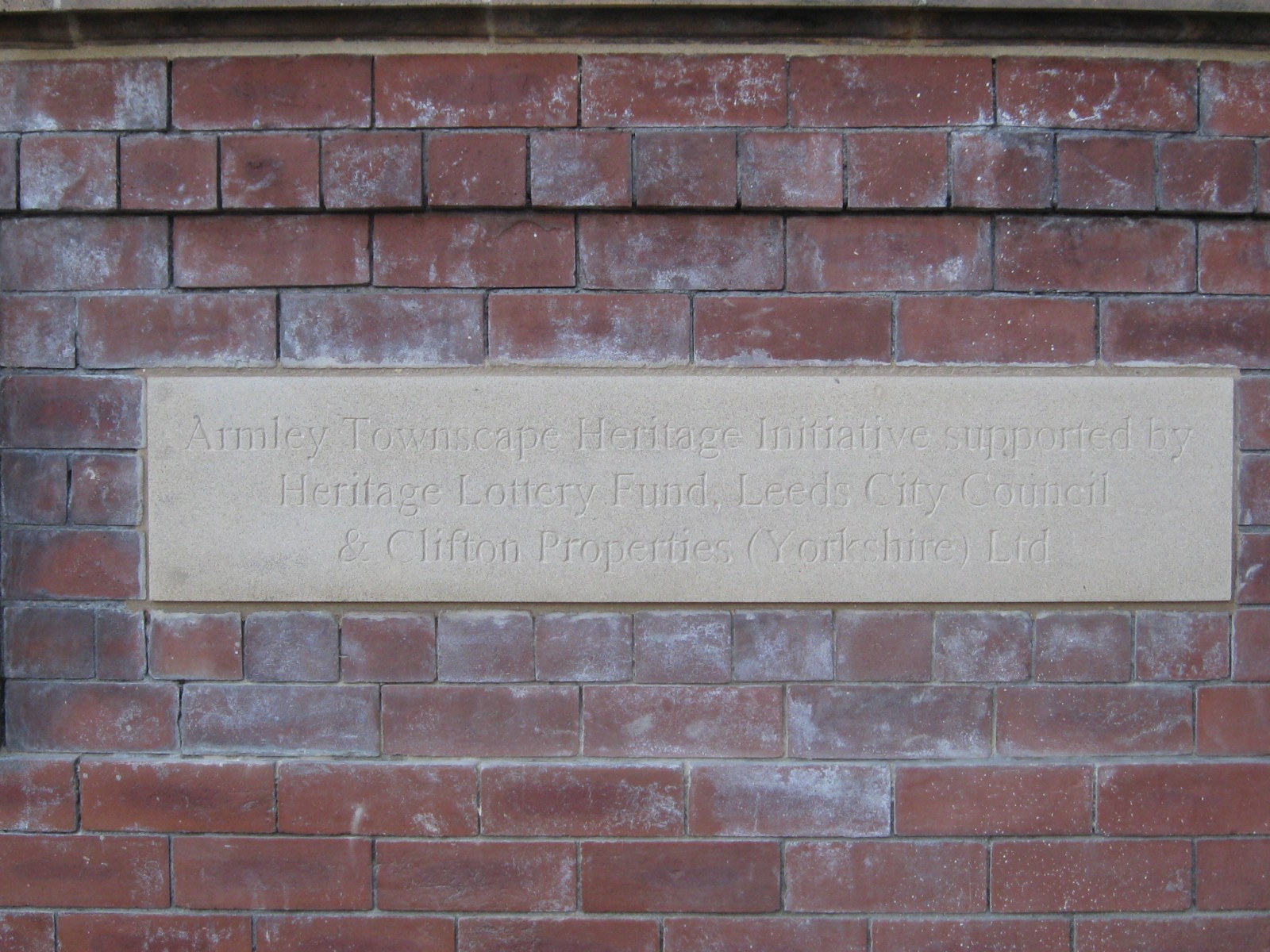 2branchroadunveiledplaque.jpg
The new plaque which was unveiled at the old Mike's Carpets building in Armley

A historic Leeds building has been restored to its former glory thanks to an innovative heritage project.

The former Mike’s Carpets building in Armley, now MC Carpets, has been rejuvenated as part of the Armley Townscape Heritage Initiative, a joint grant scheme between Leeds City Council and the Heritage Lottery Fund.

The well-known building, a Grade II Listed former Primitive Methodist Chapel, is one of the area’s most recognisable landmarks and is located on the busy Stanningley Road route into the city centre.

The Armley Townscape Heritage Initiative grant scheme, which is a jointly funded venture involving the council, Heritage Lottery Fund (HLF) with match funding from property owners, has supported the restoration of 22 historic properties along Branch Road and Town Street.

The scheme has involved £2.7m of investment to reinstate traditional shop fronts, roof and structural works and windows which has contributed to and encouraged the re-use of vacant upper floor space.

It also contributed to the reinstatement of natural Yorkstone flags on the footpath along the shopping parade in Town Street which includes keystones highlighting local celebrities, such as the authors Alan Bennett and Barbara Taylor Bradford, industrialists and historic events.

“Despite many challenges the Armley grant scheme has demonstrated the benefits of strong partnership working between the council, Heritage Lottery Fund and property owners. Investing in district centres is an important part of the regeneration strategy particularly as they do not always benefit from the prosperity that the city centre enjoys.

“In particular the restoration of the chapel at the former Mike’s Carpets building has greatly enhanced a key gateway site both for Armley and into the city centre. Hopefully this and the other projects that have been carried out will make a positive lasting impact for Armley.”

The grant scheme started in April 2009 and, with the support of the Heritage Lottery Fund, was finally completed last September.

”HLF investment goes well beyond the bricks and mortar of a building. THI schemes can help boost local economies, not only by improving how they look and feel, but by prompting business and boosting the sense of pride in an area. We’re pleased to support Leeds City Council in celebrating and restoring Armley’s historic character”.

To mark the scheme completion a stone plaque was unveiled at Mike’s Carpets earlier this week.

Thanks to National Lottery players, we invest money to help people across the UK explore, enjoy and protect the heritage they care about - from the archaeology under our feet to the historic parks and buildings we love, from precious memories and collections to rare wildlife. www.hlf.org.uk. Follow us on Twitter, and use #HLFsupported.