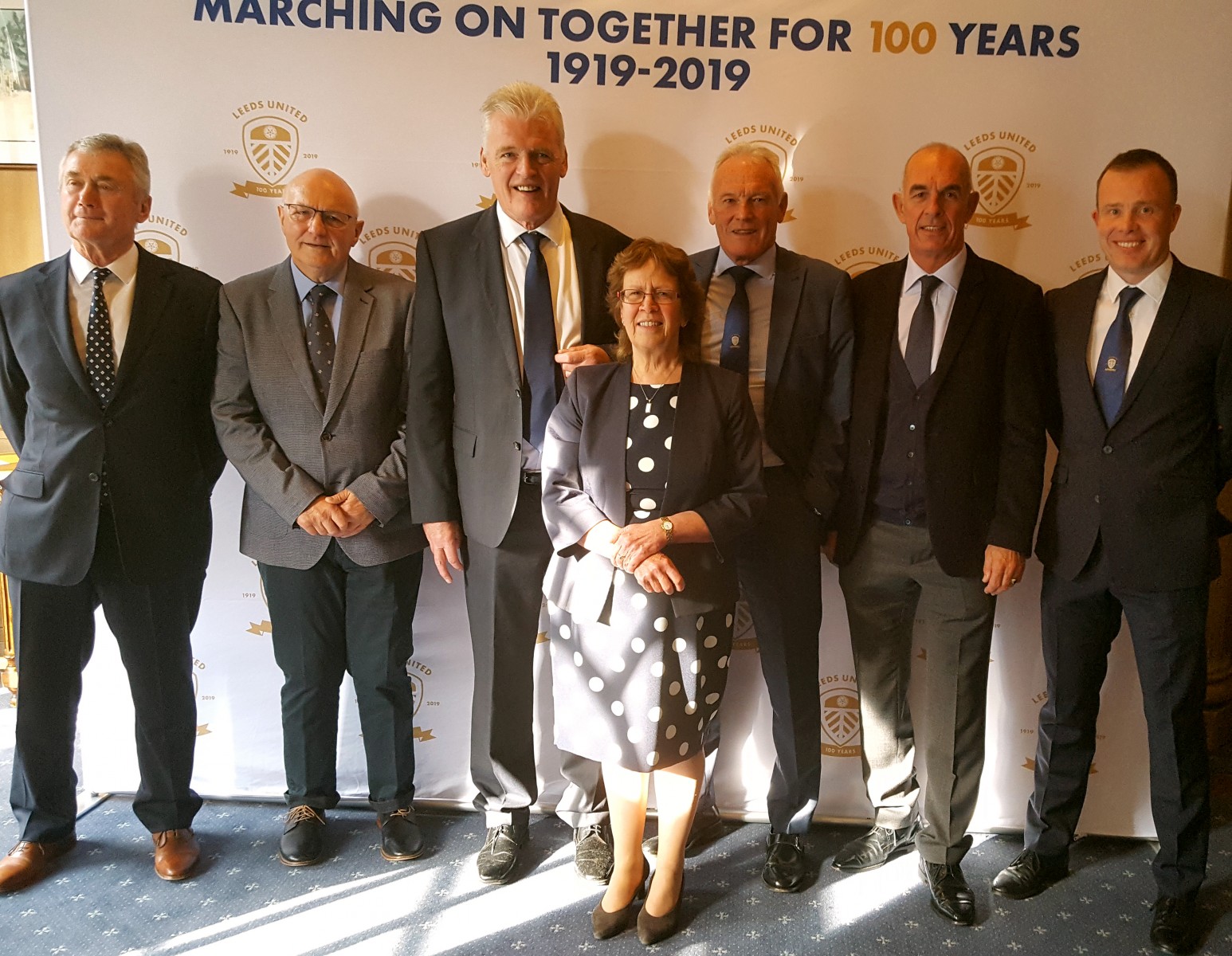 The famous Leeds United side of the 1960s and 1970s managed by Don Revie are to be honoured with the city’s highest civic honour.

This follows a special announcement made by the leader of Leeds City Council, Councillor Judith Blake at a civic reception held this week to mark the club’s 100 year anniversary. In revealing that the Leeds United side of 1967-1974 would receive later in the year The Freedom of the City Award, Cllr Blake said it was fitting that the outstanding achievements of the players and management of the Revie era should be recognised in such a way as the club celebrates its centenary year.

From the 1967-1968 season which saw The Whites pick up their first major trophy following a 1-0 win over Arsenal at Wembley in the League Cup Final and also an Inter Cities Fairs Cup, Leeds, under the meticulous and watchful eye of Revie, went on to become one of the most admired and feared teams at home and abroad. During this period, the club won two league championships in 1968-1969 and 1973-1974, another Inter Cities Fairs Cup in 1971 and an FA Cup in 1972. They also finished runners up in Division One three times, twice in the FA Cup and also in a 1973 European Cup Winners Cup final marred in controversy. Revie’s men also reached the semi-finals of the European Cup in 1970. During ‘The Don’s’ last season at the club in 1973-1974, Leeds in winning Division One, went on a 29-match unbeaten run. Just some of the household names to feature for Leeds United during the Revie years included; Jack Charlton; Billy Bremner; Paul Madeley; Johnny Giles; Terry Cooper; Gary Sprake; Eddie Gray; Peter Lorimer; Trevor Cherry; Paul Reaney; Joe Jordan; David Harvey; Gordon McQueen; Terry Yorath; Mick Jones; Norman Hunter and Allan Clarke. In recognition of the Revie side, statues of Don, who passed away in 1989, and club captain Billy Bremner, who also sadly passed away in 1997, are situated outside Elland Road.

The Freedom of the City Award has only been granted to a select number of people, and recognises the enormous contributions they made in their respective fields. Included in those to receive the accolade previously were former South African president Nelson Mandela, Winston Churchill, Leeds playwright Alan Bennett and cyclist Beryl Burton. The Leeds United football team 1967-1974, will be the first group to ever receive the award. A council meeting will be held in December to formally approve the award before a special presentation is made to players and representatives of the Revie team who will be invited to attend. It is proposed that the award will be given ‘in recognition and high appreciation of the honour and distinction brought to the City by their outstanding sporting achievements, and for their lasting legacy to Leeds United Football Club’.

As part of the civic reception where the announcement was made, The Whites were welcomed to the city’s civic hall by the Lord Mayor of Leeds, Cllr Eileen Taylor. Also present with Cllr Blake were other city representatives. Those in attendance, including the club’s honorary president, the Earl of Harewood and legends Eddie Gray, Trevor Cherry, Terry Cooper, Joe Jordan and Gordon McQueen. Speeches were also made by the Lord Mayor, Cllr Blake, club chief executive, Angus Kinnear, and the owner of Leeds United, Andrea Radrizzani.

In honour of the club’s centenary, Leeds Civic Hall and Leeds Town Hall will also be lit up at night in yellow, white and blue this week.

“It was an absolute privilege for me and a real honour to announce at a special civic reception marking the club’s centenary, that the famous Leeds United team managed by the one and only Don Revie will be honoured later this year with the city’s highest honour, The Freedom of the City Award.

“Their achievements on the pitch are there in the record books for all to see, but more than that it is a lasting legacy they left to our city that undoubtedly deserves to be recognised and celebrated. They played a huge part in instilling a real sense of pride in the club for everyone associated with the city that is still going strong today, and helped create a fan base that remains amongst the most passionate and fanatical in football. Still now for example, you can travel across the UK, Europe and the world and people will almost always mention Leeds United when you say where you are from. This would simply not happen without what Don, members of his staff and the players did to put Leeds United and as association our city firmly on the worldwide sporting map, and we remain extremely proud and grateful for that.

“We have worked closely with the club for some time around the details of this civic honour, and I would like to thank Andrea, Angus and all the team for their invaluable support in making this award a reality.”

“We are delighted to support the nomination that the unforgettable Leeds United side managed by Don Revie are granted The Freedom of the City Award.

“Under Don, Leeds were a truly brilliant team, who should always feature in any list compiled of the greatest ever British club sides. They are quite rightly still revered today by the club, all Leeds fans and the city as a whole, and the Freedom of the City Award is a tremendous way in which to recognise this and all their efforts.”

“I’m personally too young to remember the ‘glory days’ of the Revie era, but I am well aware that supporters in the city have been willing Leeds United to emulate that success ever since. Let’s hope that celebrating the best of that period by honouring these players will encourage the current team to strive for a similar legacy.”

“Firstly it is an honour for Leeds City Council to hold a civic reception to mark 100 years of Leeds United. Our relationship with the council is incredibly strong and I'd like to thank Councillor Blake, James Rogers and all those who represent the council in Holbeck & Beeston and beyond for their continued support.

“To award to the famous Revie side The Freedom of the City accolade is another outstanding gesture. Don Revie and the team he built gave our supporters the most successful period in our 100 year history and laid the foundations for the future. They are truly deserving of the award.”

Commenting on the special civic ceremony to mark the club’s centenary, The Lord Mayor of Leeds, Cllr Eileen Taylor, said:

“Leeds United remains a truly iconic and extremely important part of our city’s fabric, and is a club which is recognised and celebrated by people across the world. We were therefore extremely delighted and very proud to be able to welcome representatives and players of the club to Leeds Civic Hall for a special reception as part of their 100-year anniversary celebrations.

“The club has provided a truly unforgettable catalogue of memories over the past 100 years and we look forward to many more being created in the future, hopefully starting with promotion this season and a return to their rightful place in the Premier League.”