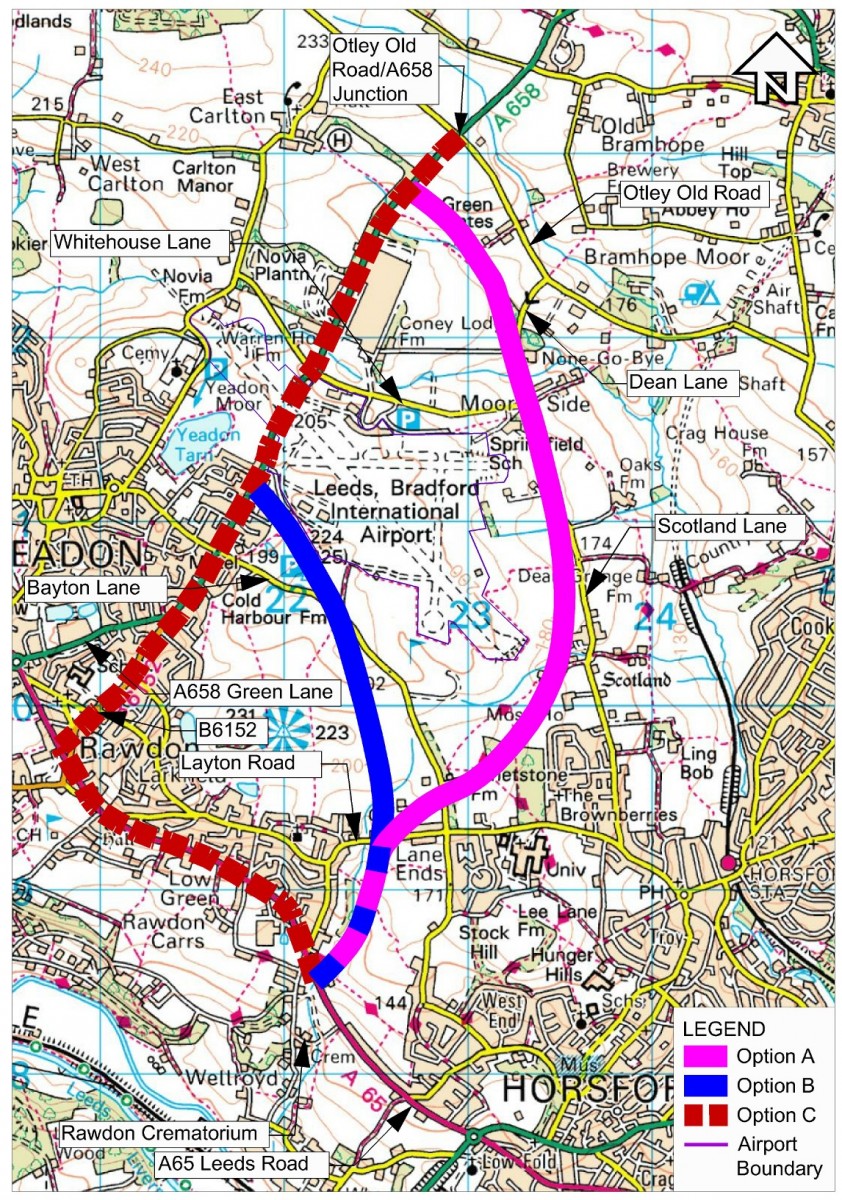 Details of the initial public consultation to be carried out on options supporting the development of Leeds Bradford Airport through improved road access have been released today.

Leeds Bradford Airport is one of the fastest growing in the UK used by 3.3million passengers a year. It also contributes more than £100m annually to the city region economy and was earmarked as a key element of the long-term transport vision for Leeds put forward by the council last month, with the need to develop its strategic connectivity seen as critical to its future success as the regional airport and as an economic hub.

The initial public consultation runs from Monday 23 November to Sunday 24 January 2016, and will see Leeds City Council seeking views on the three options outlined in September to improve access to the airport. This has been identified as a key need to support its future growth, as well as tackling existing congestion and traffic issues in the local road network.

Details of the three proposed options for initial consideration, a map and supporting information can be seen at www.leeds.gov.uk/AirportLinkRoad, with a questionnaire available from Monday 23 November when the public consultation period begins.

Of the three proposed options for improving access, two would see the creation of a new link road while an alternative consists of widening existing roads and upgrading junctions.

“The response to us releasing the outline details of the three options in September sparked a great deal of debate so now we want as many people as possible to take part in this consultation and tell us what they think.

“Leeds Bradford Airport is a key part of our current and future city and regional economy, so it is essential we make the access to and from it the best we can while also respecting and protecting the needs of the local communities, so the more people who take part in this consultation the more effective we can be terms of making the right decisions.”

The third option does not involve building a new road but upgrading the existing A65 and A658 around Rawdon and Yeadon to the airport. This would see junctions upgraded and where needed some road widening. This is the least expensive option costing up to £15million.

As part of the consultation, public drop-in sessions will take place as follows:

Other local events are currently being arranged, to be kept informed of the details when they are finalised please email AirportLinkRoad@leeds.gov.uk

In addition, a stall will be at the airport from November 23-29, while leaflets and copies of the questionnaire will also be available at local libraries and the Leeds Development Enquiry Centre in the Leonardo Building on Rossington Street.

The consultation will also seek the views of key stakeholders including community groups, neighbourhood forums, councillors and MPs in Leeds, Bradford and Harrogate, as well as parish and town councils, local businesses, the Leeds Chamber of Commerce, the Federation of Small Businesses and transport groups.

For information and to take part in the consultation from November 23 visit www.leeds.gov.uk/AirportLinkRoad