Colourful game’s the perfect way to start a New Year 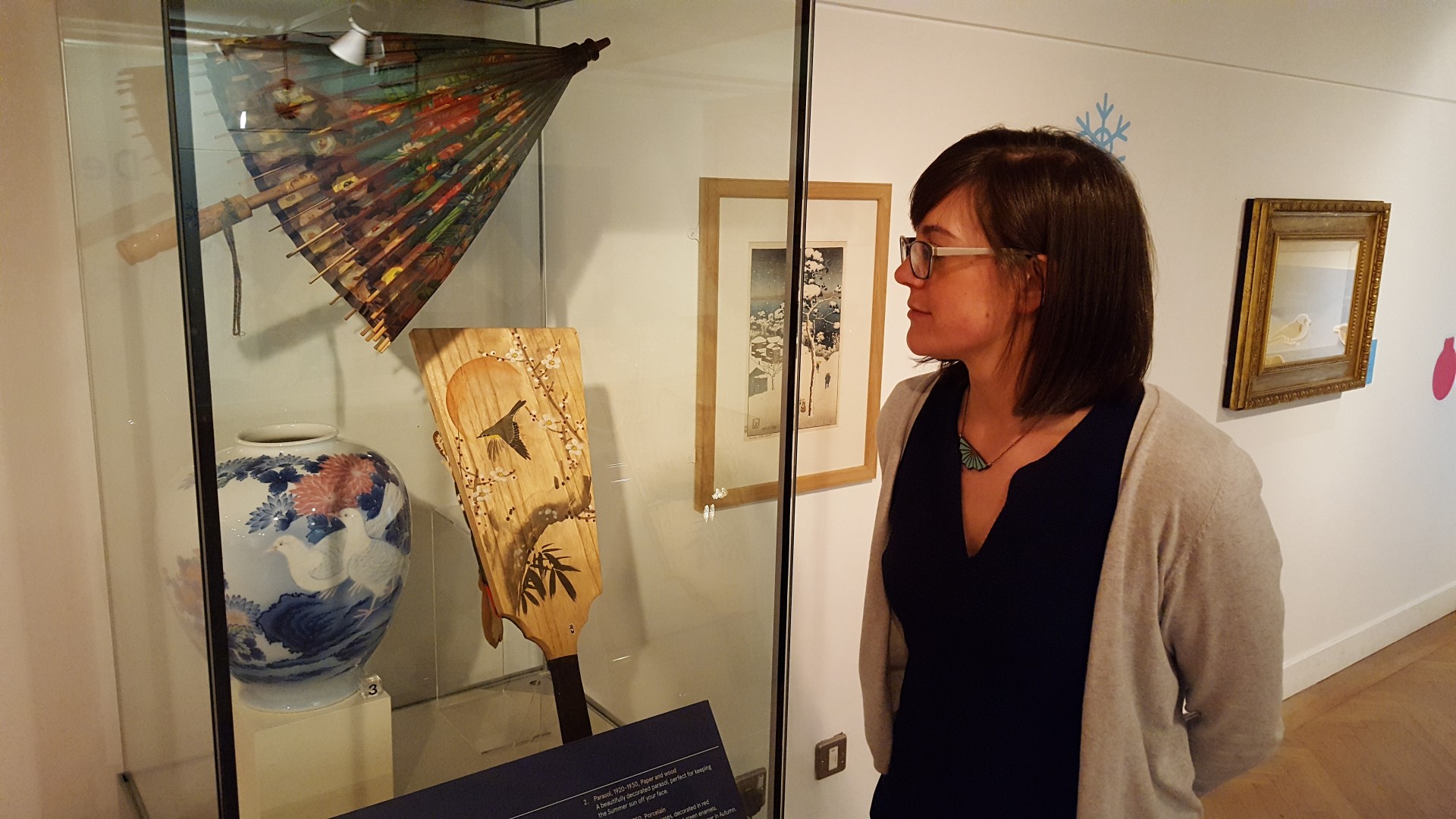 For All Seasons
Ruth Martin, curator of exhibitions at Leeds City Museum with Japanese artefacts on display as part of For All Seasons

Different cultures across the world have found a myriad of colourful and diverse ways to celebrate the start of a new year.

Everything from breath-taking fireworks to eye-catching dragons have become part of the different ways countries mark the passing of one seasonal cycle and the beginning of another.

In Japan, one tradition sees party-goers play a game of Hanetsuki, which is similar to badminton but played without a net and with a rectangular wooden paddle called a hagoita, like this one currently on display at Leeds City Museum.

The game can be played by one person attempting to keep the shuttlecock in the air as long as possible, or by two people batting it back and forth. Players who fail to hit the shuttlecock get marked on the face with ink.

Traditionally, the longer the shuttlecock remains in the air, the greater protection from mosquitoes the players will receive during the coming year.

This particular hagoita dates from around the 1950s and is decorated with a traditional Japanese blossom pattern. It is on display alongside other Japanese artefacts as part of For All Seasons, a free exhibition which looks at the different ways the changing seasons influence the world around us.

Ruth Martin, Leeds City Museum’s curator of exhibitions, said: “New Year is traditionally a time for celebration, and those festivities take many different forms for people living in different cultures across the world.

“What unites them all is that they mark the end of one cycle of changing seasons and the beginning of a new one, a time when we look ahead with optimism and positivity. That shows just how much power the seasons have to influence our mood and how we look at the world.”

Also on display as part of For All Seasons are some classic paintings by Leeds artists John Atkinson Grimshaw vintage fashions, wildlife, some 100 year-old decorative Easter eggs, and delicate ceramics.

The exhibition also features a series of imaginative centrepieces including a giant sandcastle, indoor tree, traditional sledge and hook-a-duck pond.

And the special exhibitions gallery is also filled with specially-recorded classical piano sheet music from the museum’s collection.

“The power which the changing seasons have to influence every facet of our lives is perfectly illustrated by the sheer scope and variety of objects on display in this exhibition.”

For All Seasons runs until August 28.

For more details about the exhibition and the programme of activities, please visit: http://www.leeds.gov.uk/museumsandgalleries/Pages/Seasons.aspx

Colourful game’s the perfect way to start a New Year