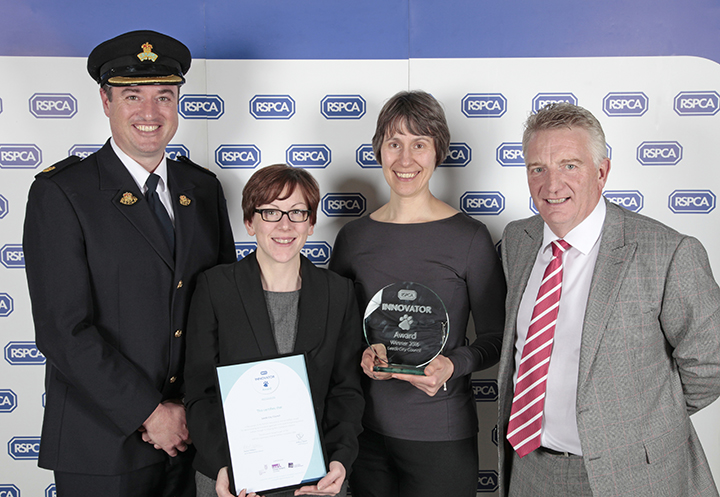 An innovative scheme that keeps thousands of the city’s animals safe has won a prestigious welfare award.

Hot on the heels of being awarded the RSPCA’s Gold Community Animal Welfare Footprint, Housing Leeds has been unveiled as the winner of the RSPCA’s Innovator Award for their Pet Champion’ scheme.

The award is the most prestigious prize given by the RSPCA under the CAWF scheme and Housing Leeds is the only organisation to receive it this year across England and Wales.

Pet Champions are located in every council housing office and work closely with partner animal welfare organisations to respond to animal welfare issues across the city’s 57,000 council homes.

Their day-to-day work can include anything from encouraging tenants to take up low cost pet neutering, supporting tenants who are hoarding animals, responding to reports of animal welfare issues and working with animal welfare organisations to secure convictions for neglect.

Animal welfare officers can also link in with other support services, including those tackling dog fouling and waste as well as complex issues like safeguarding, social isolation and domestic violence.

Councillor Debra Coupar, Executive Member for Communities said:“I’m delighted Housing Leeds has received the prestigious RSPCA Innovator Award in recognition of our commitment to promote responsible animal ownership in our council homes through building strong relationships with our partners”

“Our approach makes a significant contribution to our ambition to be the Best City in the UK, and by achieving more with our existing resources Housing Leeds has demonstrated a keen focus on transforming welfare outcomes. Our hope is that this inventive scheme will inspire other landlords to further creative partnership opportunities in a very challenging sector of public service”.

“The CAWF Judges were delighted with Leeds City Council’s entry for the Innovator Award, noting the positive impact on improving animal welfare using a scheme that none of them had seen anywhere else in the country. The Innovator Award is a significant achievement which recognises a pioneering and forward thinking ethos; Leeds City Council should be very proud of this achievement.”

Members of Leeds Pet Champions scheme are now hoping they may be able to work with other councils in future to share best practice.