Basement Jaxx to headline Back to Basics orchestral extravaganza 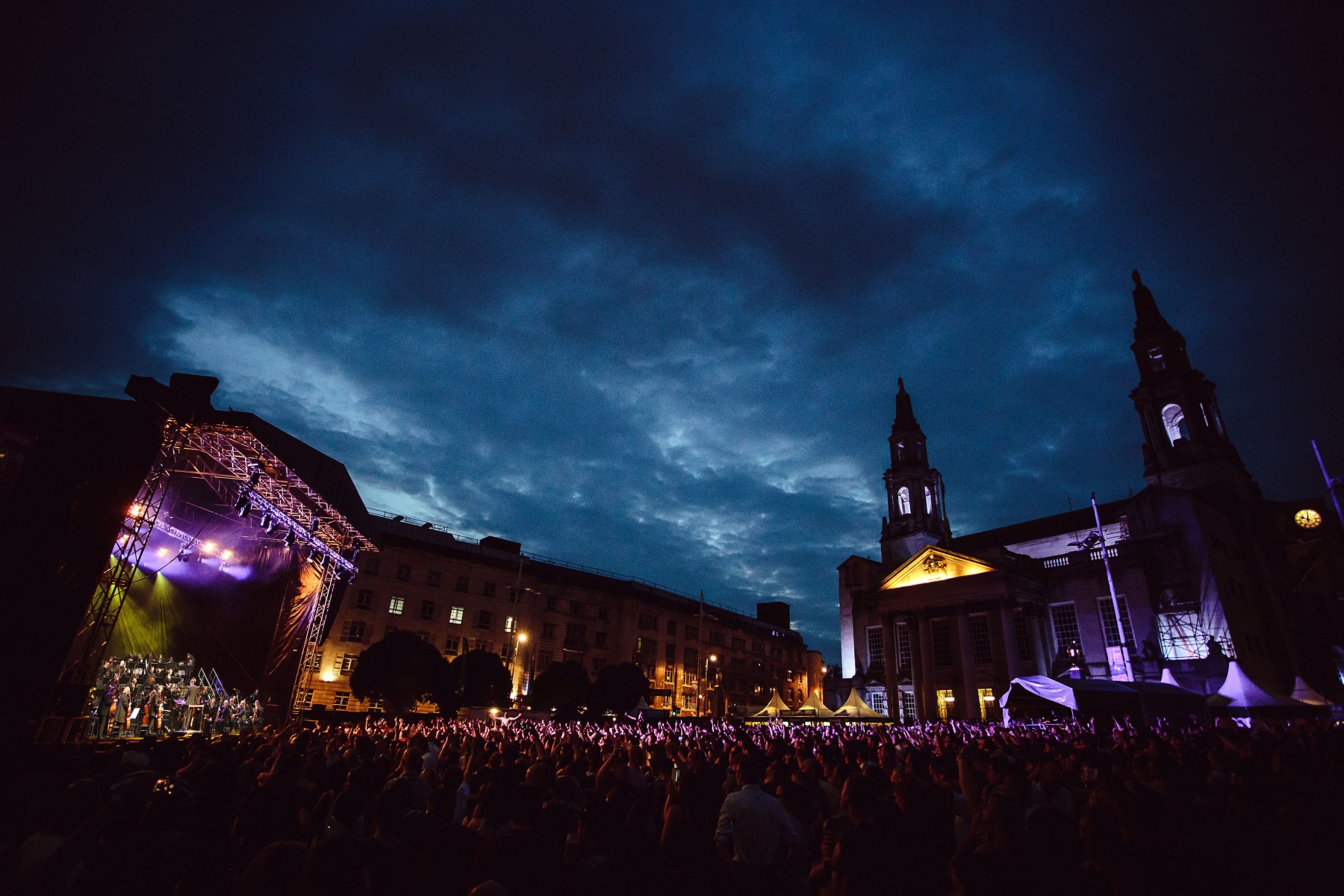 Dance legends Basement Jaxx have been confirmed as the headline special guests for a spectacular meeting of club music and symphony orchestra, The Symphonic Sounds of Back to Basics, which opens the Millennium Square Summer Series on Friday 28 July.

The event, a new collaboration between Opera North, Leeds City Council and Back to Basics founder Dave Beer, will see the soundtrack of the legendary Leeds club night reimagined and performed live by a 50-piece symphony orchestra together with a host of original artists and vocalists from some of the biggest names in popular dance culture.

With roots in Brixton’s underground house scene, two-time Brit Award winners Basement Jaxx first broke into the mainstream in the late-90s with a string of huge Dance singles including Red Alert and Bingo Bango. Their second album, 2001's Rooty, upped the ante even further with hits Romeo and Where's Your Head At?, quickly followed up with the Grammy award winning third album Kish Kash featuring 2004 hit single Good Luck.

Basement Jaxx’s original vocalists Sharlene Hector and Vula Malinga will be joined on stage by founder member Felix Buxton to perform expanded versions of some of their iconic hits alongside the Orchestra of Opera North.

Felix commented: “Being long-time friends of Back to Basics and Dave Beer, it is a great honour for Basement Jaxx to be invited to help the city celebrate over 25 years of this legendary club night. We are extremely excited to see some of our best-known songs re-worked and performed live by a full Symphony Orchestra!”

Groove Armada’s long-time vocalist MC M.A.D. will also be joining the celebrations performing their first hit and Grammy nominated single Superstylin. Another 90s icon, Republica vocalist Saffron, will be performing a unique mash-up of her UK Club Chart number 1 Ready to Go together with her previous cult hit with N-Joi, Anthem.

Other original artists and vocalists already announced include; Adamski, Robert Owens, A Man called Adam, The Beloved, and Sarah Garvey.

The event will be hosted by Dave Beer on decks along with DJ sets from Back to Basics residents; Ralph Lawson, James Holroyd and Tristan Da Cunha as part of the evening’s entertainment.

Dave Beer, founder and owner of Back to Basics said:

“Basement Jaxx and Groove Armada are two of the biggest names in dance music, and we’re delighted that original artists and vocalists from both will be joining the line-up for the Symphonic Sounds of Back to Basics. With our very good friend Saffron from N:Joi and Republica joining the stellar line-up, we’re all set for a momentous evening”.

The production team responsible for creating the show are renowned songwriter and producer Steve Anderson, who has been musical director for Kylie Minogue for over 20 years, and whose credits include Paul McCartney, Take That and Leona Lewis - and Cliff Masterson, who has worked as conductor and arranger for artists including Emeli Sandé, Little Mix and Katherine Jenkins.

Tickets for The Symphonic Sounds of Back to Basics are priced at £28 and are on sale now through the City Centre Box Office (0113 3760318), Opera North and at www.eventim.co.uk and www.millsqleeds.com

The Back to Basics event will also be the first in a trio of summer collaborations between Leeds City Council and Opera North over the course of the same weekend, opening the annual Summer Series on Millennium Square.

A Night at the Opera will take place on Saturday July 29 and will feature the finest operatic arias and show-stopping songs from the musicals. On Sunday, July 30, a special screening of classic blockbuster Back to the Future will be accompanied by Opera North’s full symphony orchestra performing Alan Silvestri’s stunning musical score live.

“Love of music in all its forms is at the core of Opera North, and we are delighted to begin this new collaboration with Leeds City Council and Back to Basics, celebrating the best of live music this summer with three completely different open-air events.

“It’s fantastic to be joining forces with Opera North, one of our city’s most esteemed cultural institutions, to bring this exciting weekend of events to Millennium Square.

“It is our ambition to put culture at the heart of Leeds and make sure all our events are vibrant and accessible for all, and the Symphonic Sounds of Back to Basics event is an exciting and imaginative way to start the Summer in style”

Tickets for all three Opera North in the City events are on sale now, with a weekend pass offering admission to all three concerts at a discounted price.

Basement Jaxx to headline Back to Basics orchestral extravaganza