A bumper summer of cycling 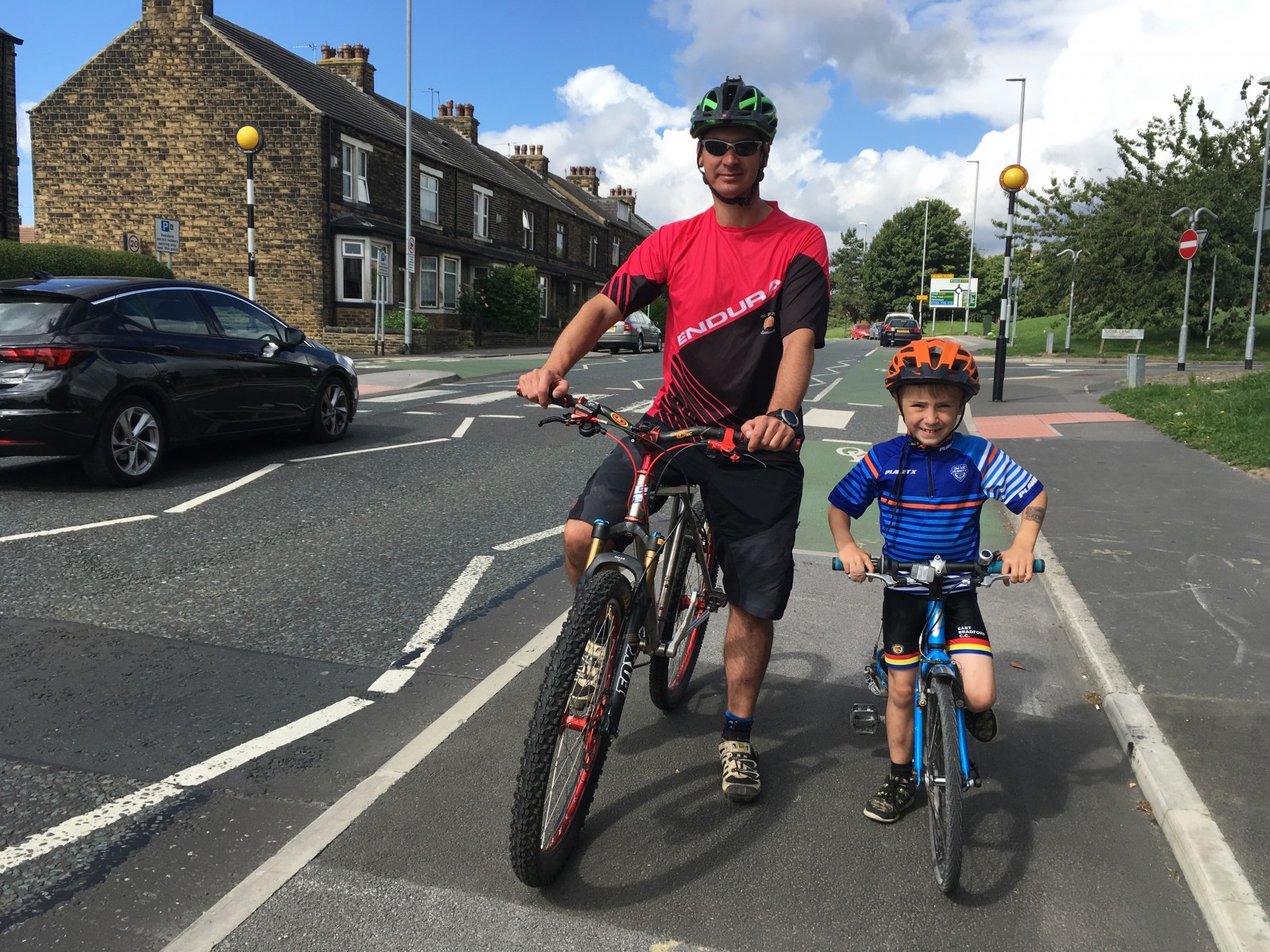 Record numbers have been making the most of the summer weather on Bradford and Leeds cycling infrastructure, which was either built or improved as part of West Yorkshire Combined Authority’s £60m CityConnect programme aimed at encouraging more people to cycle and walk.

Between May and July almost 120,000 trips were made on the award-winning Bradford Leeds Cycle Superhighway, which at 14km is the longest route of its kind in the UK. This is an overall increase of 26% on last year.

More than 10,000 journeys were made on the Stanningley Road section during July alone - the best month for usage since the cycle superhighway, which provides a route protected from traffic for people travelling by bike or on foot, opened in 2016.

Since resurfacing works on the Leeds Liverpool Canal towpath between Kirkstall and Shipley in spring 2016 overall usage has increased significantly, with 150,000 trips recorded by counters at three locations between May and July - a 30% increase on the same months in 2016.

Cllr Kim Groves, Chair of the West Yorkshire Combined Authority Transport Committee, said: “We’re delighted so many people have been making the most of these routes – not to mention the great weather – and travelling in a way that boosts their health and saves them money, as well as bringing wider environmental and economic benefits.

“Since opening in July 2016 the Superhighway has been used for more than 700,000 cycle trips, opening up walking and cycling routes to some of our most disadvantaged communities and connecting people with opportunities for work, training and leisure.

“We’re putting people at the heart of what we’re doing because we want West Yorkshire to be a place where nobody is left behind and everyone benefits from a modern transport network and a strong, successful economy.”

The cycle superhighway is a partnership project with Leeds City Council and the City of Bradford Metropolitan District Council.

Communities across West Yorkshire and York are now seeing the benefits of new, high quality cycling and walking infrastructure, including the Castleford – Wakefield Greenway, which opened in March, and a series of canal towpath upgrades in Bradford, Kirklees and Calderdale, with construction work on York Scarborough Bridge due to start later this year.

This Wednesday (15 August) is Cycle to Work Day – a great opportunity to hop on a bike and see what all the fuss is about.

Still in need of some motivation? Cycle September, a UK-wide event aimed at encouraging more people to cycle, is just around the corner and the CityConnect team is inviting everyone to step up to the challenge and help West Yorkshire top the leaderboard. For more information or to register visit https://www.lovetoride.net/cityconnect

A bumper summer of cycling