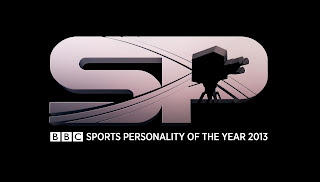 Tickets go on sale for BBC Sports Personality of the Year 2013 on Friday 1 November at 9am.

The star-studded event, now in its 60th year, will take place on Sunday 15 December at the first direct arena in Leeds. This hugely anticipated evening features over two hours of celebration, looking back at the sporting events that have made the headlines this year and the sports men and women who made them. Hosted by Gary Lineker, Clare Balding and Gabby Logan, the 2013 Sports Personality of the year will be broadcast live on BBC One and BBC One HD.

Tickets are priced at £40, £50 and £60 and will be subject to a 10 % service charge (except for cash payments – see below) with a limit of four per person. Children under 16 must be accompanied by an adult, minimum age 10 years. Full information available at bbc.co.uk/sportspersonality

To book go to www.firstdirectarena.com or phone 0844 248 1585. Tickets can also be bought directly from the Arena ticket office at the Trinity Leeds Customer Service Lounge. The ticket office is open Monday to Saturday 9am – 8pm and Sundays 11am – 5pm. Tickets paid for in cash in person at the ticket office will not be subject to the service charge.

It has been another amazing sporting year, with highlights including the Lions victory, England’s Ashes triumph, Andy Murray being crowned Wimbledon champion, Ellie Simmonds triple gold medal haul at the IPC World Swimming Championships, Christine Ohurougu and Mo Farah’s golds at the World Athletics Championships and Justin Rose claiming the US Open.