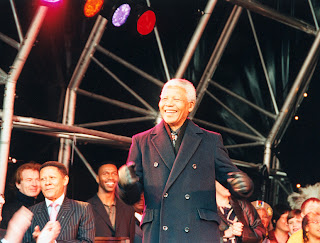 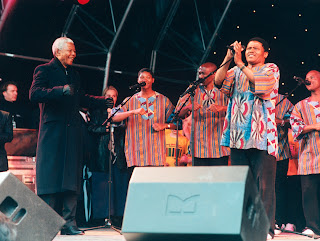 Statement re the death of Nelson Mandela

“I am deeply saddened to hear of the death of Nelson Mandela. He was an extraordinary man, a global symbol of both freedom and the power of democracy. His patience, fortitude and willingness to forgive in the face of unimaginably testing adversity made him a true statesman.

“His selfless willingness to put the needs of his beloved South Africa and its people before his own, along with that incredible capacity for forgiveness, leave a legacy that will live on long after his death and provides great inspiration to me personally.

“Leeds people also hold him dearly in their hearts along with the city’s special connections to him. It was a truly momentous occasion and an enormous honour for Leeds when he opened Millennium Square and was greeted by crowds of thousands.

“In some small return we awarded the highest honour we could in making him an honorary freeman of Leeds as part of the celebrations marking the seventh anniversary of his achievements as a pivotal figure in bringing about the end of apartheid.

“The anti-apartheid movement in Leeds had a very strong presence, from restricting the sale of South African products in the city to influencing the naming of Mandela Gardens. This support was further reaffirmed by the successful partnership with Durban, which came about following Leeds’ support of Mandela and his values.

“Leeds as a city is extremely proud of its associations with him and the Chapeltown community is privileged to host the Mandela Centre, a permanent reminder of one of the greatest leaders and inspirations of the twentieth and indeed the twenty-first century. Nelson Mandela was one of the greatest international icons ever, yet also a very humble human that we can learn a great deal from. He will be sorely missed.”

In April 2001, Nelson Mandela made an historic visit to the North of England. He officially opened Leeds’ Millennium Square and visited the Mandela Gardens within the square.

A new, refurbished version of the gardens, along with a water feature, under the name From Freedom to the Future, were entered into the Chelsea Flower Show in 2004 in honour of 10 years of democracy in South Africa and Nelson Mandela himself. From Freedom to the Future (also known by its Zulu translation Sisuka enkululekweni siphikelele phambili) gained a Bronze award and was installed in Millennium Square when it returned to Leeds.

Links between Leeds and Durban have been established since the two became partner cities in 1998, agreeing to support each other culturally, economically and socially.