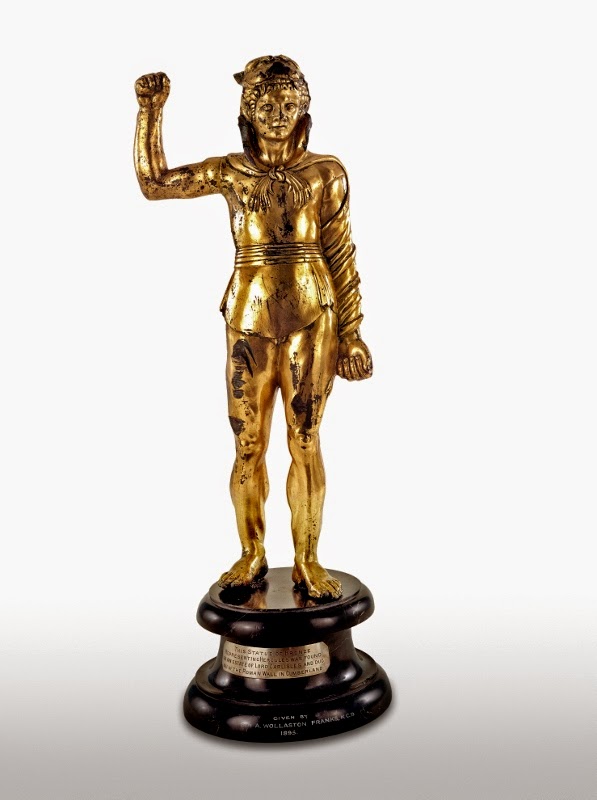 Sent on behalf of The British Museum

From 20 September Leeds hosts the exhibition, Roman Empire: Power & People, an exceptional British Museum touring exhibition at the Leeds City Museum until 4 January 2015. Including some of the greatest treasures from the British Museum’s collections of Roman, Romano-British and Romano-Egyptian artefacts, the team has also created a fascinating lecture series programme and entertaining schedule of family events to further enhance this major exhibition and appeal to all its visitors.

Leeds City Museum’s exhibition provides a rare opportunity for visitors to see the British Museum’s Roman objects in Leeds for the first time combined with items from Yorkshire’s own prized collections which will give the exhibition a unique local context. It’s a once in a lifetime opportunity to view this major exhibition and a chance to get more involved with this programme of thought-provoking events and fun activities.

Whether you’re an enthusiast, an academic, like to get creative or just interested to sit back and learn more about life in Roman Britain and Yorkshire, take your pick from these free opportunities to learn more and enjoy all things Roman (some events may require booking, please visit www.leeds.gov.uk/romanempire for more details):

- Tuesday 23 September 12.30-1pm – join our Curator of Archaeology for a special tour of the exhibition.

- Thursday 16 October, 5.30pm, lecture - Fields and farms, lucre and lightning seeds: people, coins and the rural landscape in Roman Yorkshire. Sponsored by the Society for the Promotion of Roman Studies. http://www.leeds.gov.uk/Events/Pages/roman-yorkshire.aspx

Families are also well catered for with a series of events to appeal to all age groups:

- 26 August-29 August, 10am-12pm and 2pm-4pm - The Romans are coming! Join us in the build up to the exhibition, with free activities to explore and bring to life our Roman collections.

- Tuesday 28 October, 10am-12pm - Roman object handling. Drop in to the exhibition to handle real Roman artefacts from across the Empire.

- Thursday 30 October, 10am-12pm - A Zoo in My Pocket. Drop in to the exhibition to learn about animals in the Roman World through the coins they appear onhttp://www.leeds.gov.uk/Events/Pages/a-zoo-in-my-pocket.aspx

- Friday 31 October, 11am-3pm - We love the Romans. Free fun activity day, roaming with the Romans. Get into character with Roman Rory. Sponsored by and run in partnership with the Grammar School at Leeds.

- Tuesday 16 December, 10am-12pm - Roman object handling. Drop in to the exhibition to handle real Roman artefacts from across the Empire.

Roman Empire: Power & People opens to the public on 20 September until 4 January 2015. Leeds City Museum is on Millennium Square, Leeds, LS2 8BH, and is open every day, except Mondays, (open Bank Holidays) from 10am to 5pm and until 7pm on Thursdays. Weekends 11am to 5pm.

Roman Empire: Power & People brings together over 160 stunning pieces from the British Museum to explore the story of one of the most powerful empires the world has ever seen.

Highlights include sculpture from the villas of the Emperors Tiberius and Hadrian, coins from the famous Hoxne treasure, beautiful jewellery and even near-perfectly preserved children’s clothing from Roman Egypt.

The exhibition explores the wealth, power and organisation of the Empire, but also how the Romans viewed their provinces and other peoples. Religious, military and personal objects give an insight into the lives of people across the Empire, from northern Britain to Egypt and the Middle East. These fascinating objects show how the influences of the many people and places that the Romans came into contact with were absorbed and adapted into the Empire.

The British Museum is touring the exhibition across the UK at the following venues:

Roman Empire: Power & People is supported through the generosity of the Dorset Foundation. The exhibition has been co-curated by Bristol Museums, Galleries & Archives and the British Museum

The tour is accompanied by the beautifully illustrated publication, Roman Empire: Power and People, by Dirk Booms, Belinda Crerar and Susan Raikes, published by the British Museum Press in paperback at £10.99.

Established in 1821, Leeds Museums & Galleries is the largest local authority-run museum service in England and has one of the larger and most significant multidisciplinary collections in the UK. We care for 1.3 million objects which we use to inspire, educate, entertain and challenge the people of Leeds and visitors to our city. We run nine historic sites and visitor attractions, to which we welcome over 1 million visitors each year, approximately 25% of all museum visits across Yorkshire.

Leeds City Museum is situated in one of Leeds' much loved civic buildings - the Leeds Institute building on Millennium Square. The Leeds Institute is one of the City's most important historic buildings and was completed in 1862 by Cuthbert Brodrick, who also built Leeds Town Hall and the Corn Exchange. From the middle of the last century until 2005 it also housed the Civic Theatre where amateur theatrical groups staged public performances. It has been home to the City Museum since 2008.

The City Museum is the flagship site for the service, and is home to four floors of interactive and exciting galleries showcasing the story of Leeds, as well as the Leeds Mummy and our Designated Natural History collection. In 2013-14 we attracted over 320,000 visitors to our site.

For details on the exhibition, interview opportunities and high res images, contact Kendra Grahame-Clarke at Kendra PR on Kendra@kendrapr.co.uk or call 07910 214474.