Restoration project aims to get historic Leeds locomotive back on track 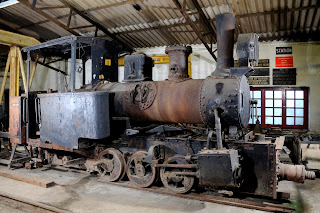 Caption: The locomotive 'Cheetal' as seen at Leeds Industrial Museum at Armley Mills (image courtesy of Leeds museums and galleries)


A piece of Britain’s industrial heritage which has been on display in Leeds for more than 25 years is to be given a new lease of life.

The locomotive known as ‘Cheetal’ which has been on show at Leeds Industrial Museum at Armley Mills since 1985 is to be returned to working action through an ambitious restoration project agreed by Leeds museums and galleries and the West Lancashire Light Railway (WLLR).

The two foot gauge Fowler model 0-6-0 Well Tank Locomotive (15991), built in Leeds in 1923 for the Karachi Port Trust in India, began its journey back to full working order this week when it was transported from Leeds to Hesketh Bank near Preston where its restoration will be carried out.

The long-term loan will see WLLR fund and carry out the restoration and subsequent operation of the locomotive, which returned to Leeds from India in 1985 after being bought by Leeds City Council.

Cheetal has been on display at Leeds Industrial Museum at Armley Mills ever since and Leeds City Council’s head of museums and galleries John Roles said:

“We are delighted to be working with West Lancashire Light Railway on this restoration project to revive this wonderful example of Leeds and Britain’s proud industrial and engineering heritage.

“It will be a really fantastic sight to see this locomotive looking good as new and steaming once again.”

“The group is really looking forward to this project. It will not be a quick process and there is a lot of work, but we are really keen to get started.”

Restoration project aims to get historic Leeds locomotive back on track