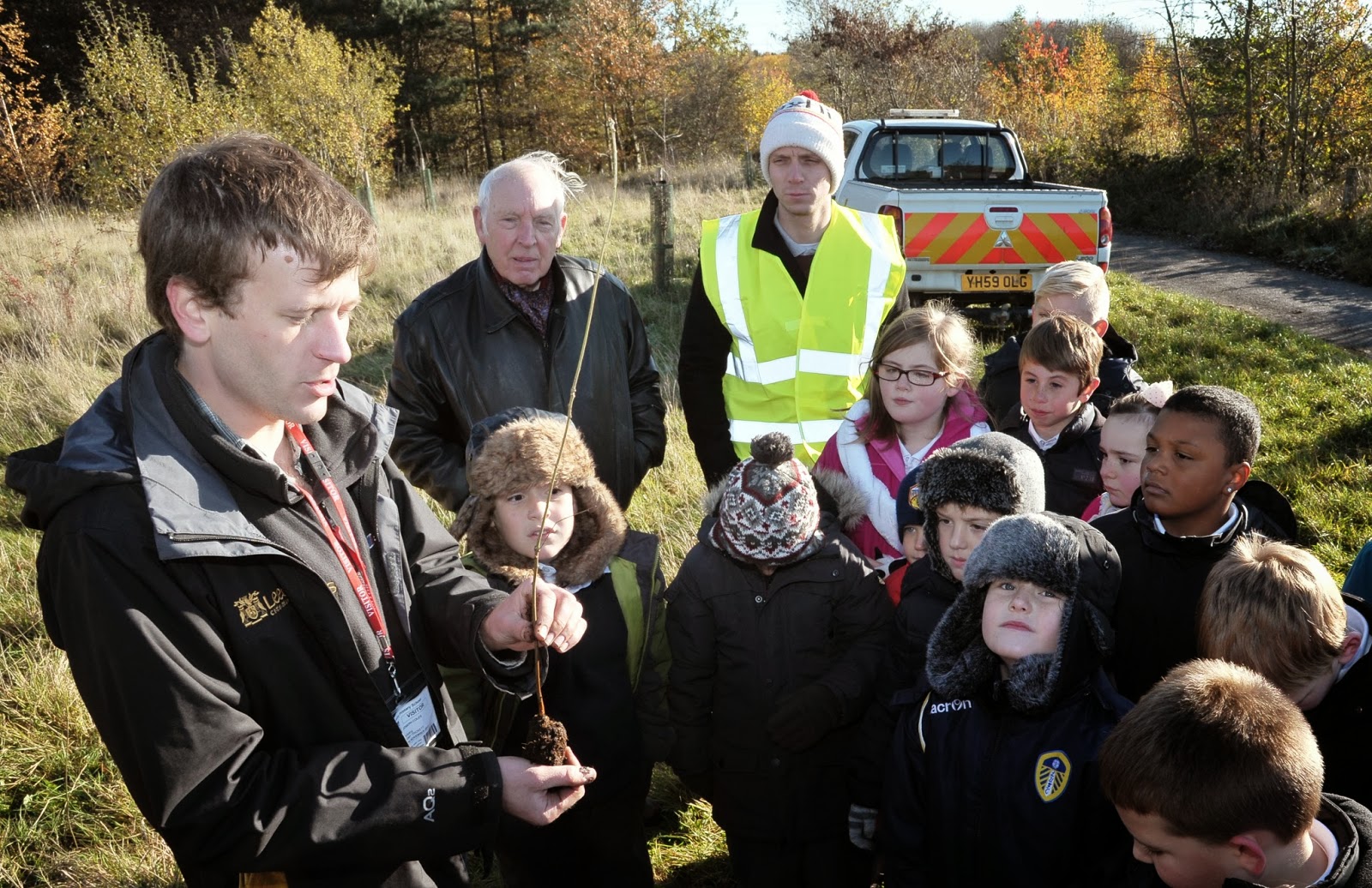 Caption: Cllr Jack Dunn (back of picture to the left) with pupils of East Ardsley Primary School, find out more about tree planting.

Youngsters from a south Leeds primary school have showcased their green credentials by playing their part in the development of a nature park in their community.

Undertaken by Leeds City Council’s Parks and Countryside team in partnership with The Conservation Volunteers, Thorpe in Bloom, Ardsley in Bloom and Trees for Cities, the creation of Ardsley and Thorpe Nature Park is part of a range of work currently being undertaken to revitalise public open spaces through the South Leeds Green Infrastructure Corridor.

Included in the Ardsley and Thorpe Nature Park project, are plans for a community orchard which once completed will offer a selection of locally sourced apples, pears, soft fruits and nut trees, and the installation of fencing at the Spring Lane Sidings site in East Ardsley, which will form a safety zone around two ponds.

On hand to help with work at Spring Lane Sidings were pupils from East Ardsley Primary School, who after taking a nature walk in the area, planted over 100 mixed native trees around a park bench which will help create a sheltered seating area.

"A lot of hard work is currently being undertaken on the creation of Ardsley and Thorpe Nature Park, and it is fantastic that pupils from East Ardsley Primary School were so keen to play a part in the project by planting over 100 trees at the Spring Lane Sidings site.

"Also included in the project are plans for a community orchard and new fencing, and I am looking forward to seeing this scheme continue to develop and take shape in the upcoming weeks and months."

The aim of the South Leeds Green Infrastructure Corridor is to facilitate the development and promotion of green spaces in the area, which will benefit both people and wildlife.