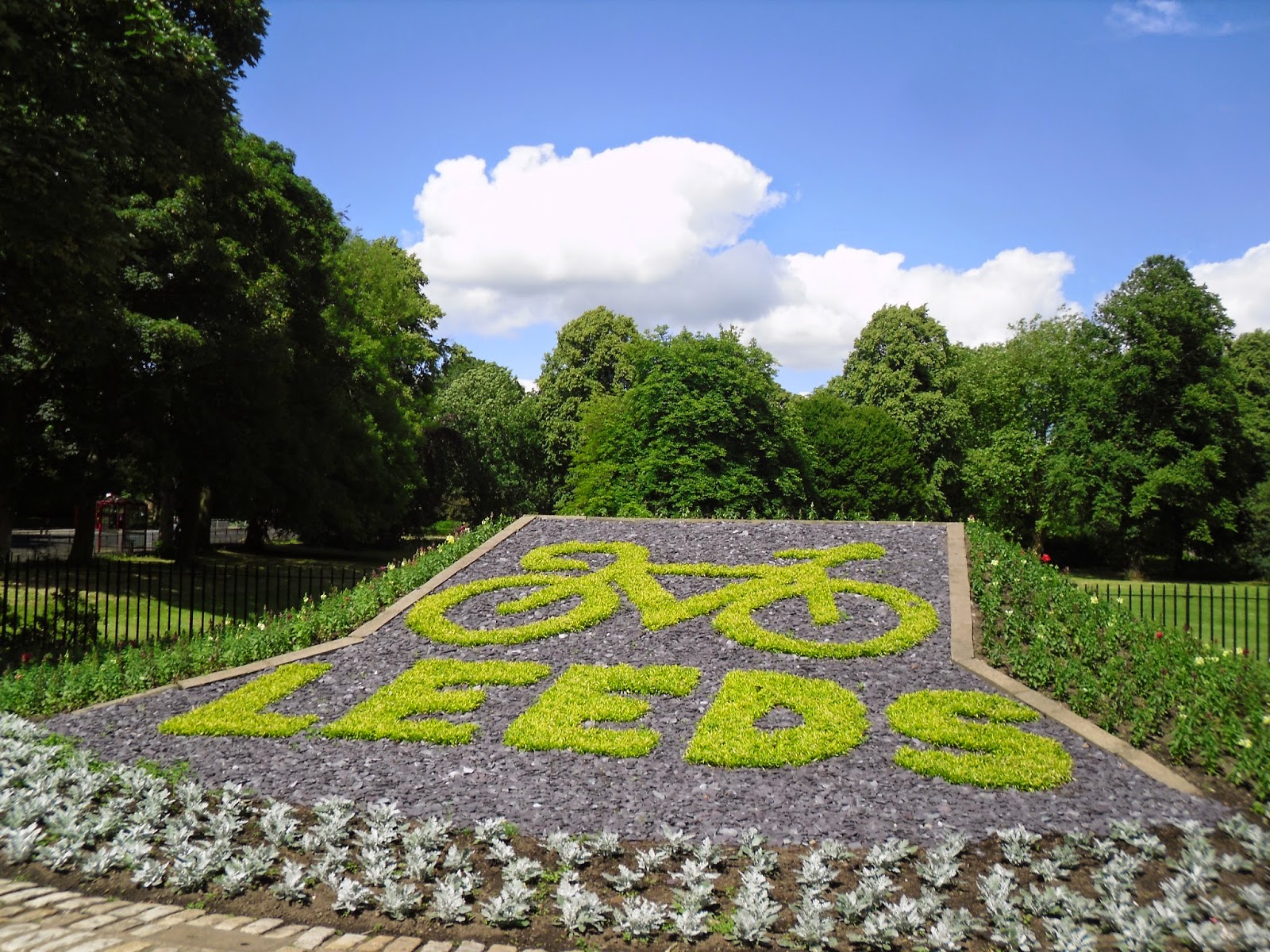 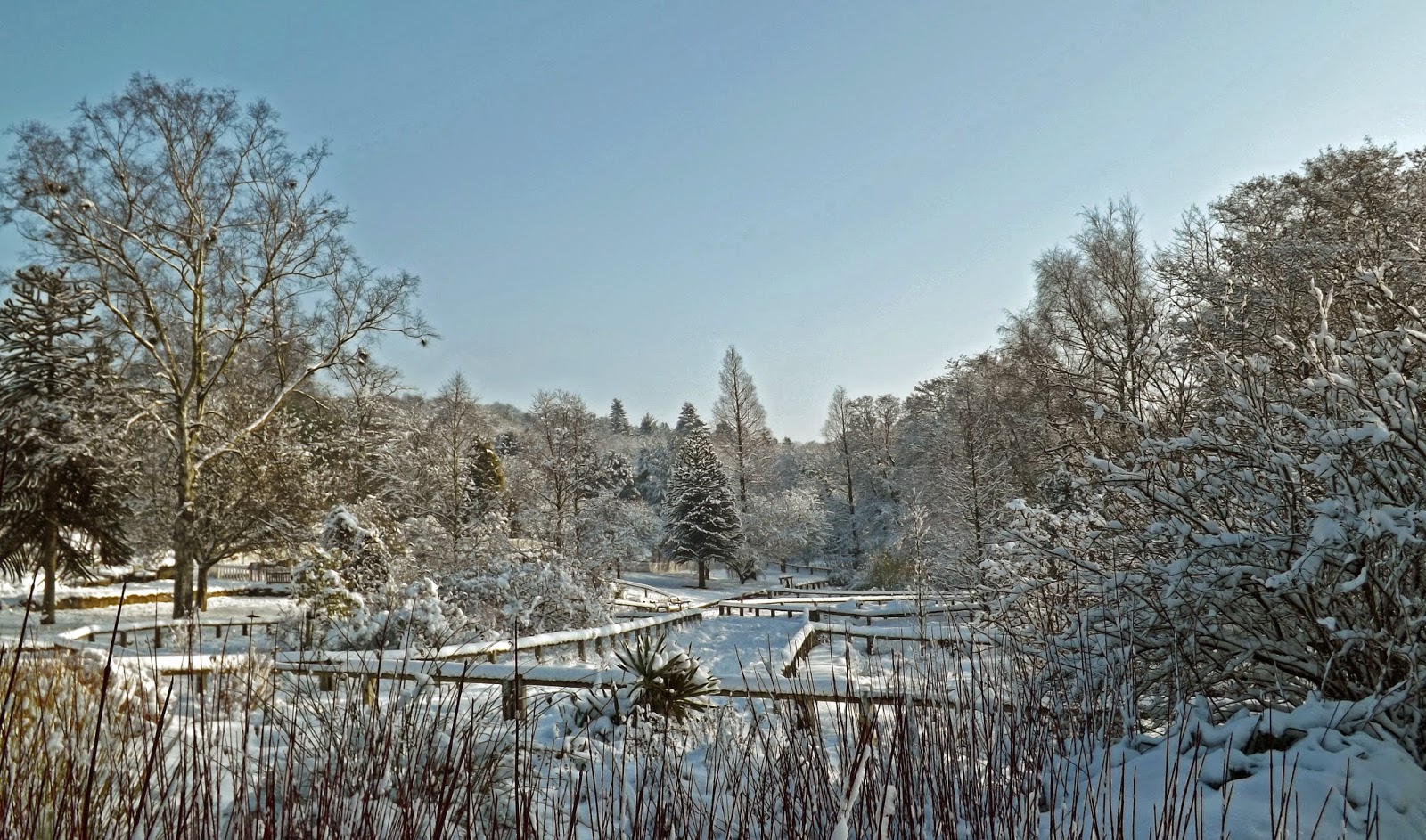 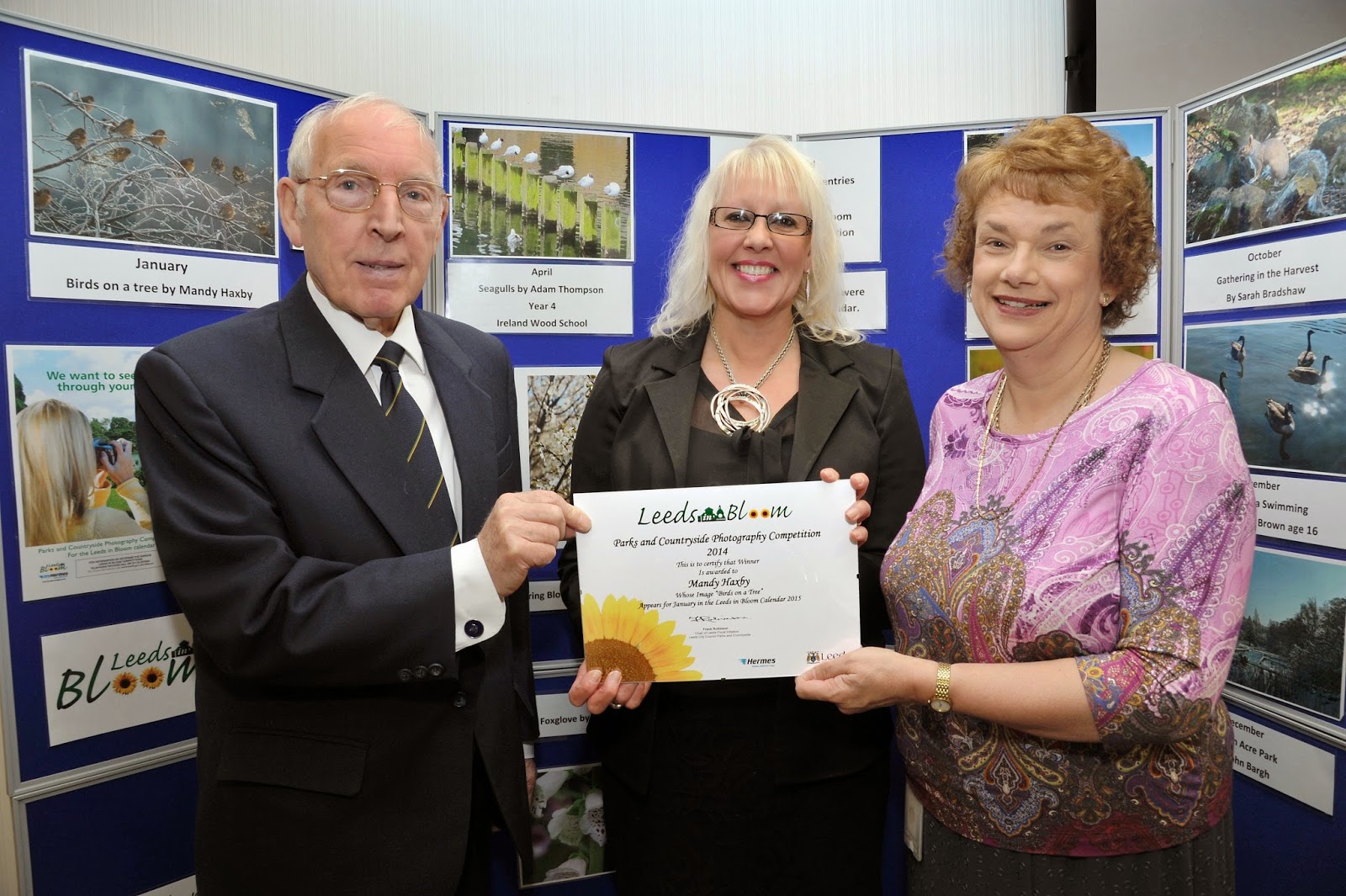 Picture caption (Top): The magic of the Tour de France's arrival in Leeds was marked by a picture from Dan Lake which will feature on the July page of the calendar.

Picture caption (Middle): A stunning picture taken by John Bargh of a crisp winter’s day will be displayed on the December page of the calendar.

Picture caption (bottom): (L-R) - Cllr Jack Dunn and Sandra Lingwood from Hermes UK (right of picture) present a certificate to Mandy Haxby (centre). Mandy's picture, which will feature in the January page of the calendar, can be seen in the top left corner of the picture.

The 12 pictures which will adorn a special 2015 calendar celebrating the city’s fantastic parks, gardens and green spaces have been revealed.

This follows a competition by the council’s parks and countryside team which sponsored by delivery service Hermes UK, offered budding photographers of all ages the opportunity to not only see their images feature in next year’s Leeds in Bloom calendar, but also win a £100 cash prize. For snappers in the 4-16 age range there was also the added incentive of winning £300 of horticultural gift vouchers for their school.

Once again the quality of snaps submitted were of the highest quality, and after much deliberation by the judges, the winning photographers were invited to meet Cllr Jack Dunn at Hermes UK in Morley and see their pictures feature in the 2015 calendar for the first time.

Leeds has a thriving In-Bloom network and this year claimed a prestigious gold award in the ‘Large City’ group category. In a first for the city, Roundhay Park also walked away with the Royal Horticultural Society’s ‘Best Public Park’ award, while Kippax in Bloom claimed a Silver Gilt in the ’Urban Communities’ category.

The calendars, which are free, are available at all Leeds City Council parks and countryside estate shops. With numbers limited, don’t miss out on your chance to claim one of the fantastic calendars.

"We are extremely fortunate to have some fantastic parks, gardens and green spaces in our city, and it is brilliant that every year we are able to showcase their beauty using pictures from photographers of all ages in our Leeds In Bloom calendar.

"It was an extremely difficult task to whittle down all the entries to just 12 winning snaps and we would like to thank everyone who took the time and effort to take part and Hermes UK for sponsoring the competition. This just goes to show the love and passion that so many people have for our city’s green spaces."