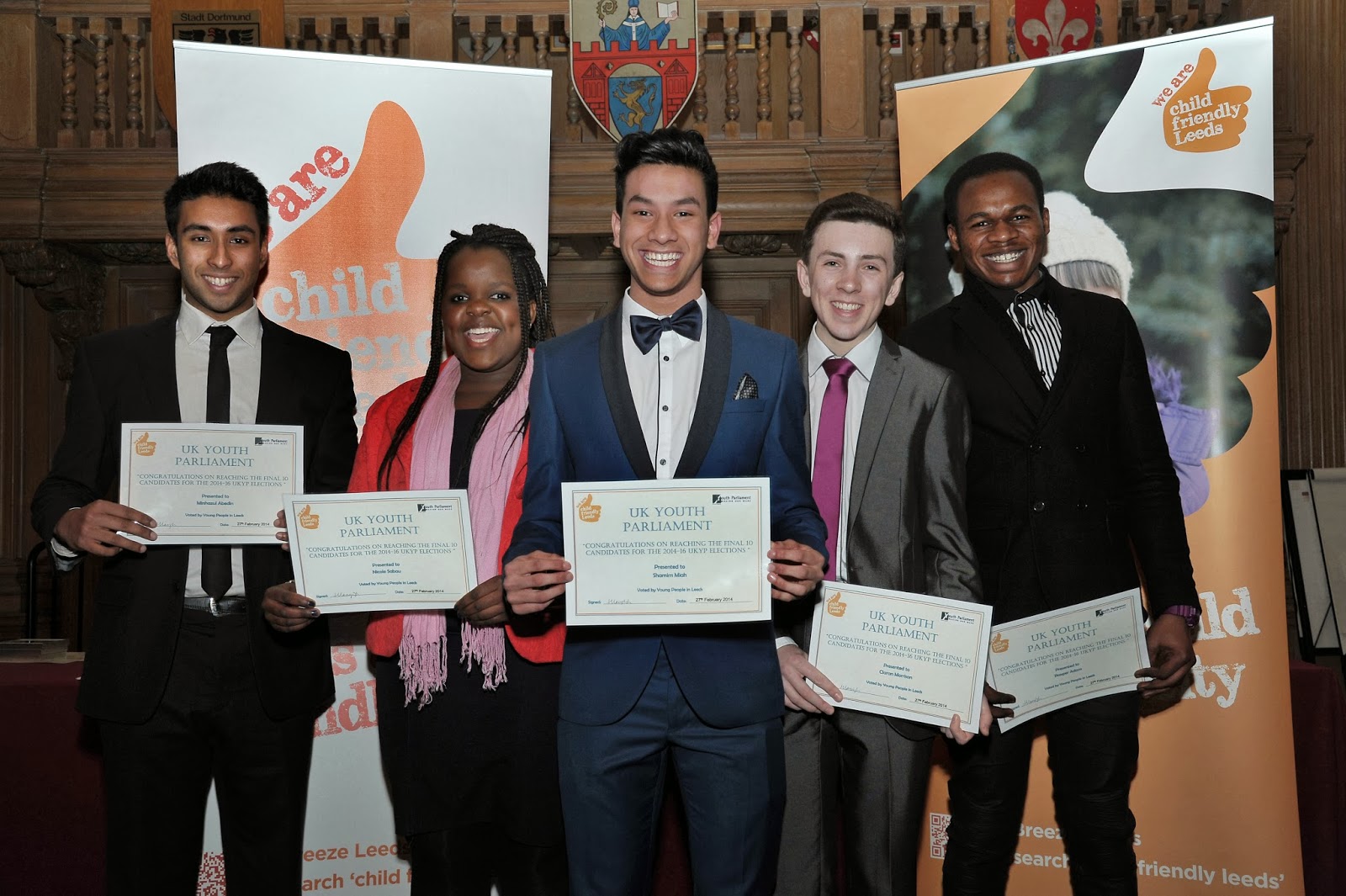 Picture caption: The new Leeds members and deputies of the UK youth parliament

The young people who will represent Leeds on the UK Youth Parliament were announced yesterday.

The successful candidates were announced at a special event at Leeds Civic Hall, which was attended by elected members, Leeds Youth Council, youth services, schools and family and friends of the candidates.

The three new members of youth parliament were announced as:

And the two deputy members of youth parliament are:

The successful candidates will now regularly meet with MPs and local councillors, organise events, run campaigns, make speeches, hold debates and ensure the views of young people are listened to by decision makers.

Councillor Judith Blake, executive member responsible for children’s services, said: “Being a member of the Youth Parliament is a great opportunity both in terms of representing the views of the children and young people of Leeds nationally, as well as offering a chance for each young person to develop the essential skills for a successful future.

“In Leeds we have set ourselves the ambition to be a child friendly city, and a key part of this is giving the children and young people of our city a voice. The new Youth Parliament members and deputies will become the voice of the young people of Leeds on a national scale – what a fantastic opportunity! I’m sure they will face any challenges head on and be great representatives of the city of Leeds.”

The new MYPs will need to find out the concerns and needs of other young people in their constituency, and represent these views to decision makers on a local, regional and national level. Becoming a MYP would mean having regular meetings at the House of Commons and in the constituency.

Each MYP’s experience is likely to be different from the next, but it provides an opportunity to develop a combination of the following skills:

• The ability to look at an issue from someone else's perspective

The runners up in this year’s election were: