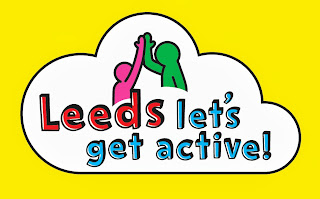 Caption: The new Leeds Let's Get Active programme is part of the Olympic legacy in Leeds


Senior councillors will next week discuss ambitious plans to provide a further boost to the drive to make Leeds the most active big city in the country.

At its meeting at Civic Hall on Wednesday 9 October, the council’s executive board will consider two major new proposals to place sport at the heart of the city’s aim to tackle health inequalities and raise levels of activity as part of the Olympic legacy in Leeds.

The first of the proposals is a new overall five-year strategy for sport and active lifestyles which has been backed by all key stakeholders in the city and nationally by Sport England. The second is an unprecedented pilot project which could see up to 22 different national governing bodies significantly develop access to each of their sports in Leeds.

The proposals will be discussed a week after the start of ‘Leeds Let’s Get Active’, the flagship new programme offering free daily sport and fitness sessions for all in every council-managed leisure centre in the city plus activities in parks and community venues.

Together the three elements aim to build on the success of London 2012 and Leeds athletes at the Games by encouraging people in the city to take part in more regular physical activity and following healthier lifestyles.

Leeds currently ranks seventh nationally in the numbers of people taking part in 30 minutes of sports participation at least three times a week, and 39th in those doing so once a week.

The new overall strategy has been devised by Sport Leeds, the partnership network made up of all stakeholders who deliver sport in the city. A key element of the strategy is to tackle health inequalities in the city, and especially activity levels in the most deprived areas of Leeds.

The strategy also aims to widen access to sport in Leeds, strengthen pathways for potential elite level sportsmen and women to develop their talents and also calls for the city to host more mass-participation and high-profile major sports events in the years to come to further inspire people to be active.

One of those elements named in the strategy is a proposed new two-year ‘place pilot’ which would see up to 22 sports in Leeds develop their current offer to increase access and participation. Positive discussions have taken place with each sport’s national governing body, with them agreeing to work in Leeds to develop their offer, especially to encourage people who are keen to try a sport but currently do not with a focus on identified target groups and areas of the city. The pilot is now at the bid stage with Sport England for possible funding support.

If the bid is successful, the pilot would run in two phases, with the sports agreed to be part of phase one being: athletics, badminton, basketball, boxing, cricket, cycling, hockey, football, lacrosse, netball, rounders, rowing, rugby league (via Leeds Rugby Foundation), rugby union, squash and tennis.

Sports currently in discussions to be part of phase two which could begin in September 2014 are: canoeing, gymnastics, table tennis, handball, triathlon and swimming.

“There has been a lot of debate one year on from London 2012 as to whether there has been any real Olympic legacy, but in Leeds hopefully these plans show how committed the city is to making sport and healthy living a key priority both now and into the future.

“All major sport partners in the city support the ambition for Leeds to become the most active big city in the country, and we are also very grateful to Sport England for their fantastic backing and guidance. Together with the new Leeds Let’s Get Active programme, these are really exciting proposals which could make a major difference and bring significant benefits for people in Leeds and the city as a whole.”

“We are delighted to be bringing forward a new strategy for the development of sport and active lifestyles in the city and look forward to working with all the key stakeholders in Leeds including the city council to deliver on the fantastic legacy of 2012.”

For more details about Leeds Let’s Get Active visit www.leedsletsgetactive.co.uk.