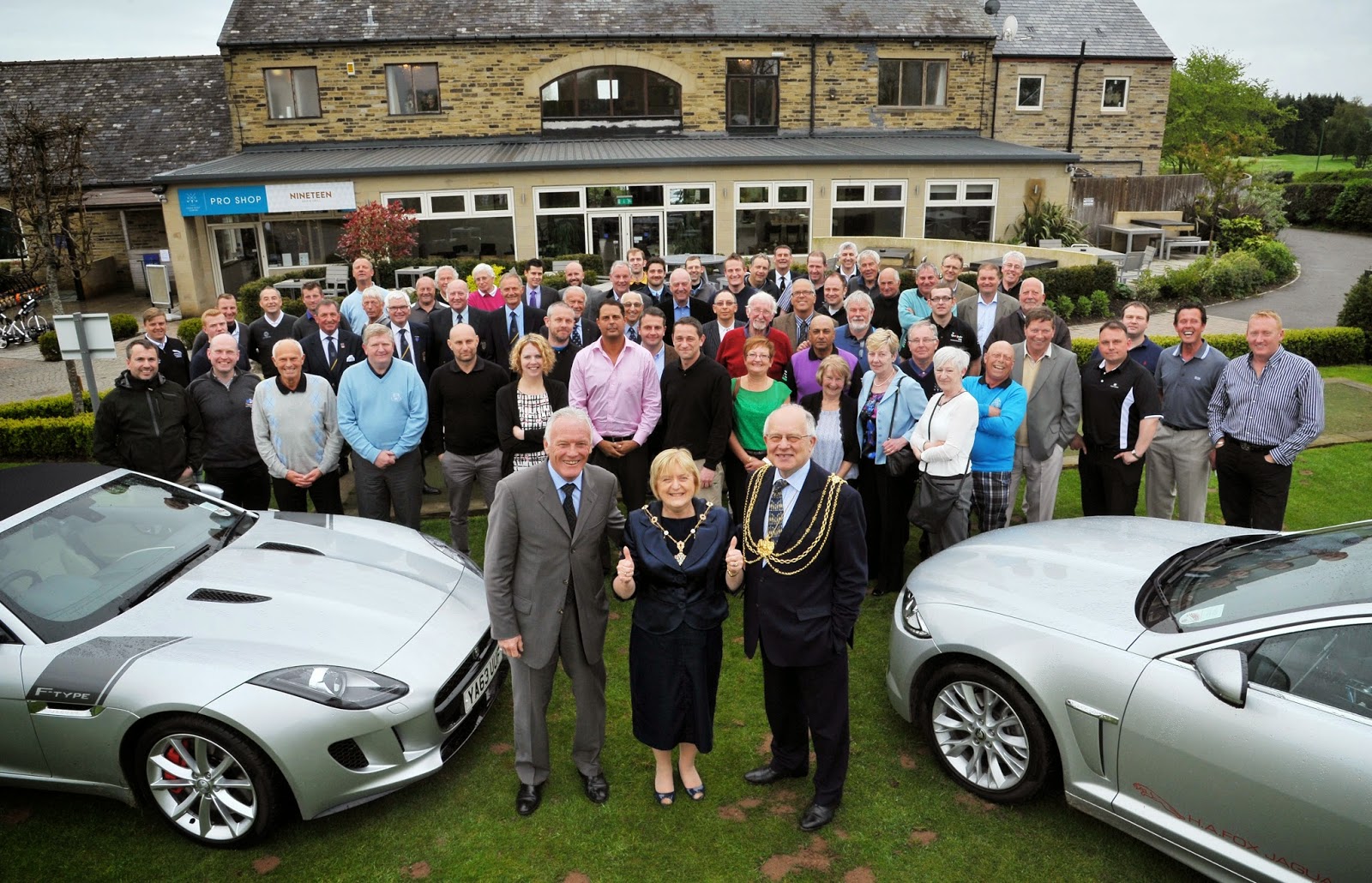 In a memorable day at Wike Ridge Championship Golf Course, 22 teams battled it out to top the leaderboard in the first Lord Mayor’s Charity Golf Day.

After 18 holes of great action and an appearance by Leeds United legends Eddie Gray and Peter Lorimer who featured in one of the line-ups, the Lord Mayor of Leeds Councillor Thomas Murray was on hand to congratulate the winners and present them with a trophy.

Held in support of the Lord Mayor’s LOFFTY project, all proceeds from the event will be donated to the Silverdale Holiday Centre.

"I would personally like to thank everyone who worked so hard to make our charity golf day such a fantastic success.

"Despite the rain, the enthusiasm of each line-up on the day was simply brilliant, and I am delighted to say that the quality of golf was on occasions nearly as good!

"The main beneficiary from this LOFFTY event will be the Silverdale charity, who do such a tremendous job working with and supporting young people."

The key aim of the LOFFTY project, which stands for ‘Leeds Offers Fun For The Young’, is to raise funds that will provide additional fun activities for kids in the city during and after school, at weekends and throughout the school holidays.

Silverdale Holiday Centre -Leeds Children’s Holiday Camp Association has been providing free holidays/respite to disadvantaged children aged 7 to 11 years for over 100 years. The Lady Mayoress of Leeds is the President of the charity by rite of her Civic position and tradition, subject to her consent.

From March until September every year, 300 holiday places are allocated to children who enjoy a five-day break by the sea. The centre provides respite for children who are disadvantaged for various reasons, including poverty, neglect, abuse, disability, homelessness, victims of domestic violence, children who are young carers, those who are in foster or social care, and children from vulnerable ethnic minority groups.