Leeds credentials as city of dance showcased in new map 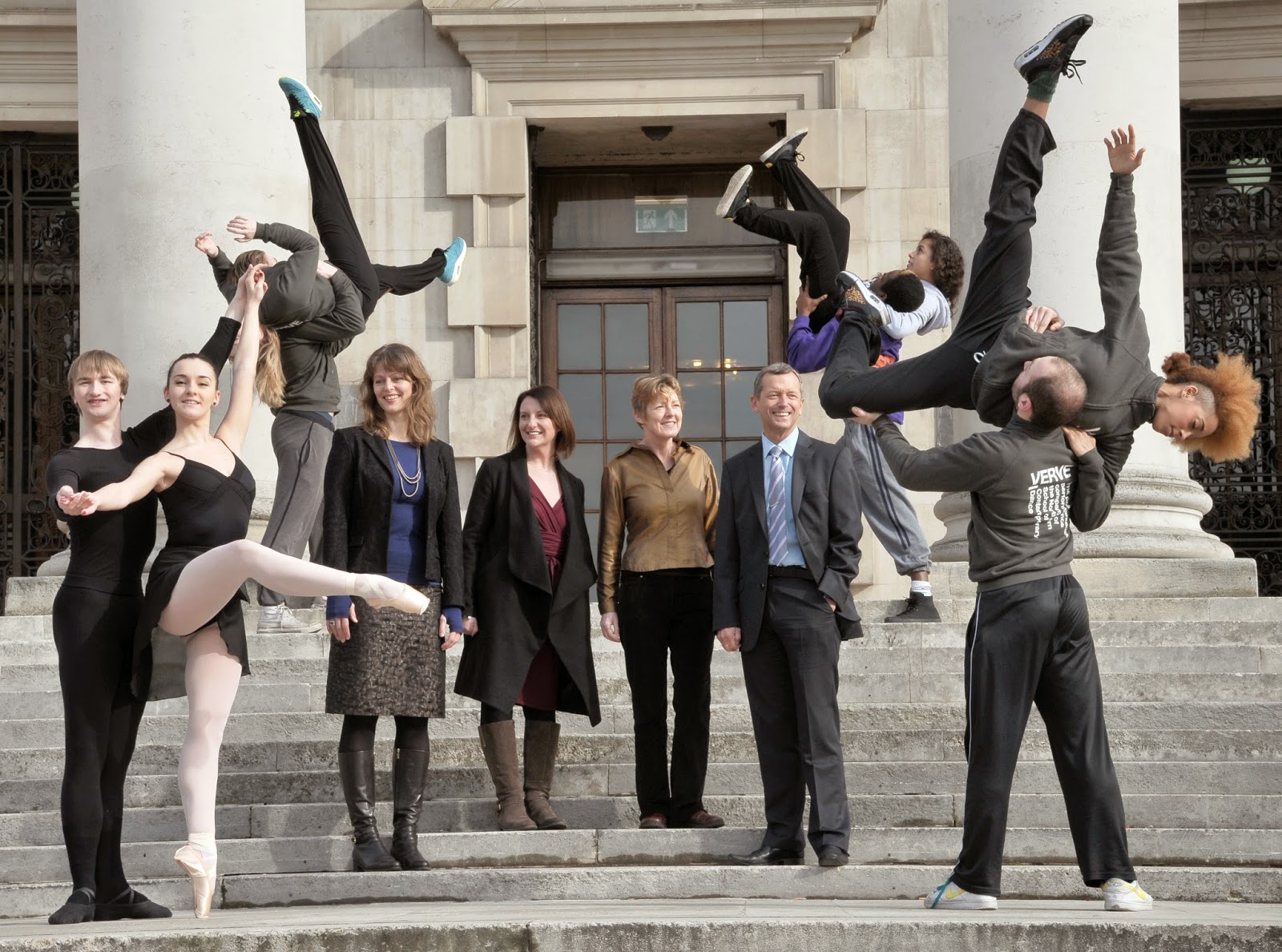 Six dance organisations have joined forces this week to launch an innovative map showcasing Leeds credentials as a premier city of dance.

As part of a colourful display at Leeds Civic Hall, representatives of Balbir Singh Dance Company, Northern Ballet, Northern School of Contemporary Dance, Phoenix Dance Theatre, RJC Dance and Yorkshire Dance were on hand to unveil a new ‘City of Dance’ map, which states the case for Leeds as the number one home of dance outside London.

Councillors and guests were treated to a short performance by Balbir Singh Dance Company, Northern Ballet and Northern School of Contemporary Dance at the event, which celebrated Leeds rich heritage in performing arts and showcased through the map, the reach, engagement and economic and social impact of dance in the city.

Facts and figures featuring in the map also highlight that almost 300,000 people saw a performance by the six organisations in 2012/2013, and a key aim through the launch of this new initiative is to encourage more people to take up dance and see a show.

For more information regarding the Leeds City of Dance map, please see www.cityofdance.co.uk

"We are extremely fortunate in Leeds to have a thriving mix of highly respected dance organisations based in the city which are greatly admired not just nationally, but right across the world.

"The development of the Leeds City of Dance map is a brilliant opportunity to bring our groups together to not only showcase further what we have to offer, but also to inspire more people to watch and take part in dance."

"We believe dance is something Leeds can be proud of. It has the UK’s richest dance ecology with three dedicated dance buildings, two international touring companies, Northern Ballet and Phoenix Dance Theatre. One of the first national dance agencies, Yorkshire Dance is also based at the city, along with the only government-funded dance conservatoire north of London, Northern School of Contemporary Dance, and many dance artists and companies including Balbir Singh Dance Company and RJC Dance."

Leeds credentials as city of dance showcased in new map