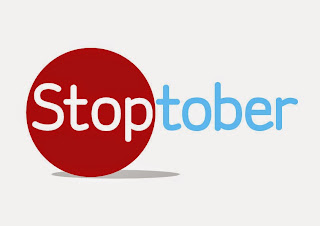 Stoptober 2014 – the latest incarnation of the popular campaign to quit smoking – visited Leeds this week and local experts are getting ready to help the latest people to enrol. This year some of the country’s top comedians have joined forces with Stoptober to help smokers make their way through the 28 day challenge.

Over 3,700 people signed up to quit in Leeds last year and in all some 250,000 people across the country took part, with 65% of those successfully quitting for 28 days.

“I’m delighted to be backing the Stoptober campaign again. Leeds did a great job last year, with over 3,700 people signing up to stop smoking. With smoking killing half the people who smoke, we know quitting is one of the most effective ways to help people in Leeds improve their health. Evidence shows smokers quitting for 28 days are five times more likely to stay quit permanently with all the significant health, monetary and social benefits.”

“Although we are reducing the numbers who smoke in the city, we still have a long way to go. Smoking rates are almost a quarter for adults, and this is far worse in some parts of the city. There is no doubt that quitting can be tough, but it is known that people who quit do feel better in time. Stopping smoking really is the best thing you can do to improve your health and Stoptober can be the perfect opportunity to quit smoking for good.”

“Our pre-Stoptober awareness event on Briggate was a great success, with the team exceeding the expected number of sign ups and we were very busy seeing smokers and giving them information. We also had the opportunity to book people in to clinics directly. I hope people in Leeds make the most of the chance to join in with the campaign this year and I look forward to helping them!”

This year’s campaign features top British comedians including Paddy McGuinness, Al Murray, Simon Brodkin (aka Lee Nelson, Jason Bent and Dr Bob) and Andi Osho. Smoking is no laughing matter and neither is quitting. Two-thirds of smokers say they want to quit but only four in ten told a recent survey that they have tried in the last year.

The 28-day stop smoking programme will include daily messages of motivation, persuasion and distraction, as well as jokes, tips and content for digital users.

“We know the idea of giving up smoking can be daunting, but Stoptober has proved itself to be a fantastic platform for people to quit and offers all the support that smokers may need to take the first step to stopping for good. With support from this year’s line up of comedians we are asking anyone who wants to quit to join the thousands of others and take up the challenge and give Stoptober a go - stop smoking and start smiling.”

Stoptober provides a range of free tools including a new stop smoking pack, a 28-day mobile phone app, text support with daily updates, quitting advice and tips for coping, as well as the encouragement and support from thousands of people quitting together through Stoptober social media channels.

The 28-day challenge starts on Tuesday 1st October. For more information and to join the biggest stop smoking challenge of its kind, search ‘Stoptober’ online and sign up.

• The new campaign images and the 3 minute Stoptober advert can be downloaded by media at: https://www.dropbox.com/sh/ryoh1txtbr9opf5/AAB5P0-QnNXyQn8MDntnqSAfa?dl=0

• While smoking rates have declined over past decades, smoking is still the biggest cause of preventable illness and premature deaths in the country - accounting for over 80,000 deaths in England a year. One in every two long-term smokers will die prematurely from a smoking related disease unless they quit.

• Andi Osho says: “I don’t smoke anymore, but I know how difficult quitting is, which is why I’m throwing my support behind Stoptober, to let people know that it can be done. You can do it.

I think it’s important to use comedy for this campaign, especially if you’ve tried a number of times to give up. We’re bringing some levity and making loads of helpful tips and videos, so you can tune into those and they’ll help you keep going.”

• The Stoptober roadshow was in Leeds on 21 September.

• See http://www.leedscommunityhealthcare.nhs.uk/news/latest_news/stoptober_a_year_on/ for a case study.