Le Tour banners at the st-art of something big 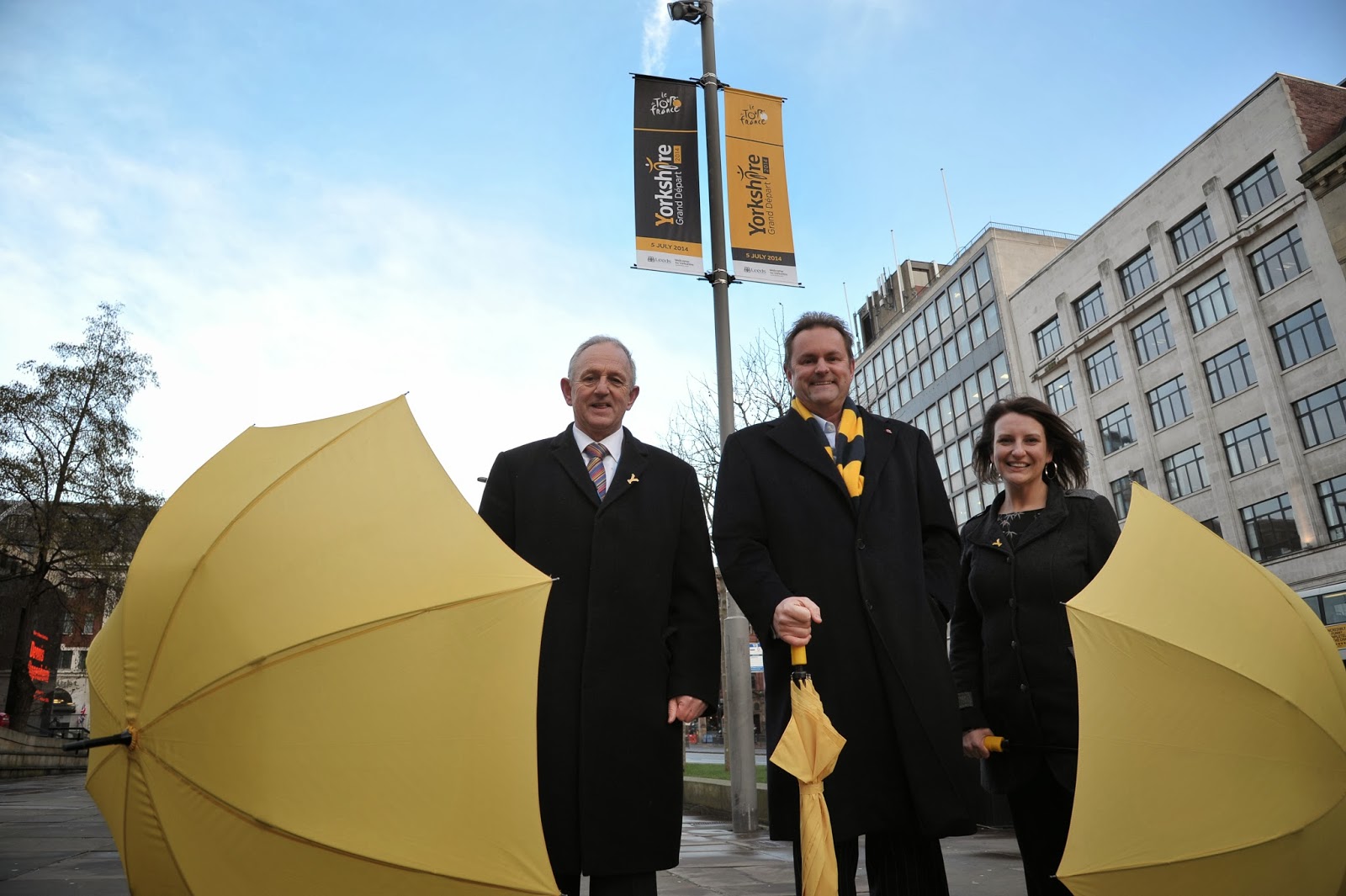 Caption: (left to right) Leader of Leeds City Council Cllr Keith Wakefield, Chief Executive of Welcome to Yorkshire Gary Verity and Leeds City Council executive member for leisure and skills Cllr Lucinda Yeadon standing in front of the banners by the startline on The Headrow

The Grand Départ banners can now been side on the roadside outside Leeds Art Gallery at the point where the world’s largest annual sporting event will officially begin on the morning of Saturday 5 July.

The banners, which can also be seen further down The Headrow, will remain in place until race day promoting and celebrating the 2014 Tour de France which starts with two days in Yorkshire before heading south for stage three from Cambridge to London.

The official Grand Départ logo, to be seen on and around the route, is complemented in Leeds by the council’s new ‘Leeds – cycling starts here’ brand created to promote the Tour as well as broader cycling activity in the city.


“These official Grand Départ banners look great and are part of the city getting prepared for the incredible day when the Tour de France starts in Leeds.

“Having these banners so visible by the startline means they will be seen by thousands of people in the weeks and months to come providing an exciting symbol of the once-in-a-lifetime event we can all enjoy on Saturday 5 July.”

“We’re just months away from one of the biggest sporting events ever to happen in Leeds and Yorkshire, and these banners are another example of how activity around the Grand Départ is really revving up ahead of July. The stage is set and we can’t wait to welcome the world.”

The 2014 Tour de France begins in Leeds on Saturday 5 July, with stage one taking the riders 190kilometres to Harrogate.

Stage two on Sunday 6 July is 200km from York to Sheffield, while stage three on Monday 7 July is 159km from Cambridge to London.

It is estimated that 98 per cent of the population of Yorkshire will be within an hour of the route during its two days in the county, with the economic benefit expected to be in excess of £100m.

Le Tour banners at the st-art of something big