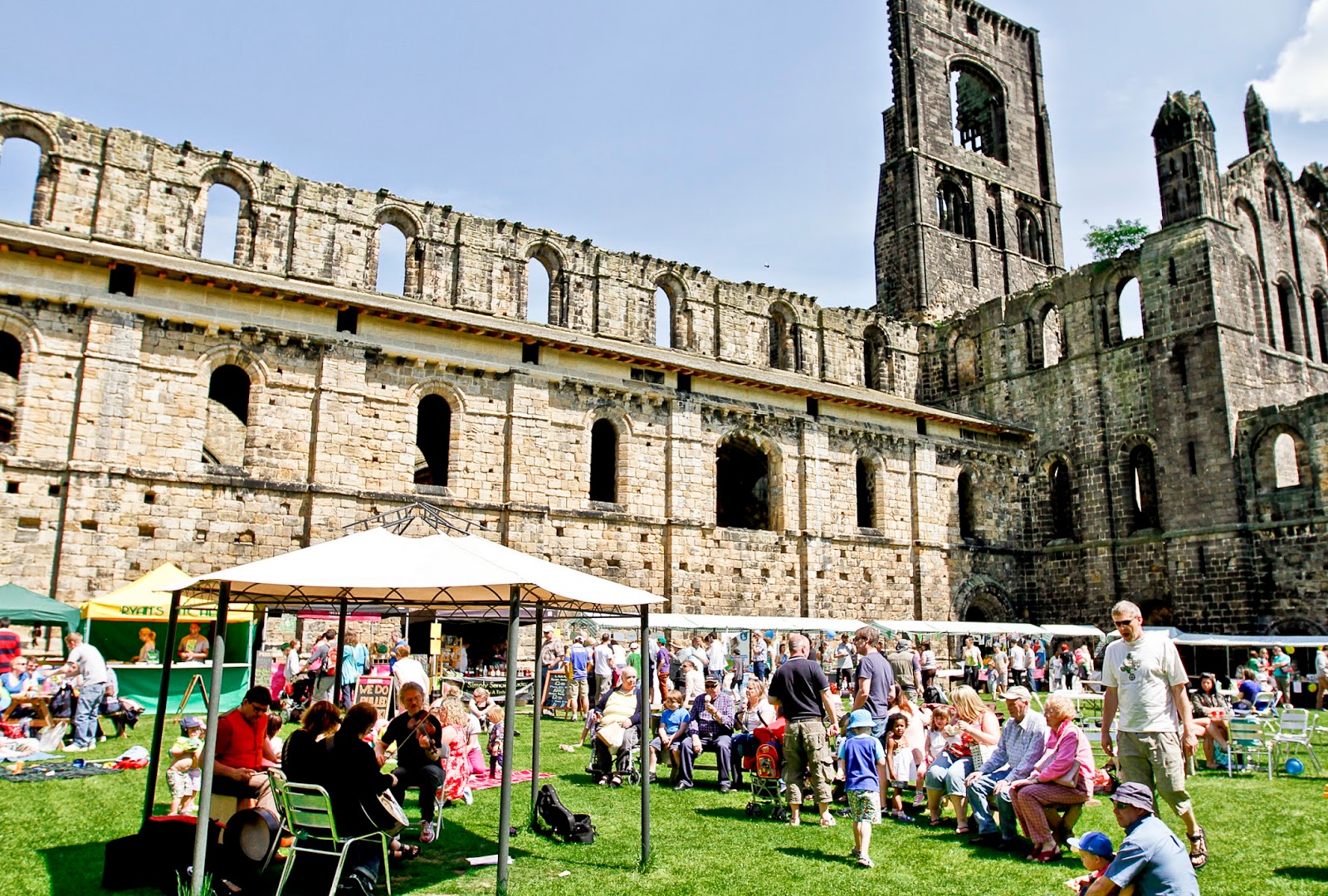 Caption: Kirkstall Abbey is the home to two popular markets.

Two popular markets in Leeds held in the beautiful surroundings of one of Britain's best preserved abbeys are preparing to celebrate their third birthday later this month.

Set in the picturesque 12th century Cistercian ruins of Kirkstall Abbey, the popular deli and crafts & collectables markets, which are held on the last Saturday and Sunday of the month from 12noon-3pm, provide visitors with a great day out along with high quality products supplied by local producers from March through to November.

Initially funded by Leeds City Council’s inner north west area committee and supported by local councillors, the aim was to provide visitors access to locally sourced produce and give people the chance to buy good quality food, plants and goods from local producers. It was hoped that by providing a venue and market infrastructure, the abbey would be encouraging innovation and entrepreneurial activity.

With the first 10 stalls bought using the funding and a further twelve provided by Leeds Markets, the market was able to expand from an early stage and has continued to grow from strength to strength since the first event was held on May 28 2011.

The first market had just 14 stalls but after attracting 1300 visitors in just three hours on its opening day, the signs were already there that here was an event that was going to be very popular. Within a few months the market had grown from 14 stalls to nearly 40 and had to relocate into the cloister of the abbey which is now its current home.

Due to popular demand and the success of the Saturday market, it was decided that a general market should be held the following Sunday with food stalls from the deli market along with crafts, collectables, art and fashion. After a two-month trial which again turned out to be very popular, it now has become a regular fixture at the abbey for the past 18 months and boasts as many stalls and visitors as the deli market.

The move into the cloisters of the abbey has not only provided space for more stalls but enabled tables and chairs to be set out for visitors to relax and enjoy the food that they purchased. The space has also allowed the markets to play host to a variety of entertainers each month with regular bands, singers and even magicians performing for the visitors and stallholders.

Now boasting up to 50 stalls and over 80,000 visitors since the beginning, both markets are regarded as a perfect place to visit to find high quality local produce, plants, handmade crafts, collectables, vintage treasures, jewellery, artwork and household items from across Yorkshire.

Looking ahead to the third anniversary, stall holders at the deli market have praised both the management and its location at Kirkstall Abbey.

Alley Oman from the stall 'Fayre by Alley' said:

“‘We started with a little table at the very first deli market and haven’t missed a market since. We have now opened our own shop in Kirkstall on the back of our popularity from Kirkstall deli market.”

"It’s got everything we’d consider to be important in a market – great regular customers, stunning venue, good access for customers and it’s exceptionally well-run. There’s something particularly special about being able to exhibit in such historic surroundings, and we hope to be involved for many years to come."

"Kirkstall Abbey is such a beautiful location that captures the hearts of thousands of visitors who attend each year. It has to be one of the most idyllic locations for any trader."

For more information regarding stalls at this year’s market, please see: www.leeds.gov.uk/museumsandgalleries/Pages/Kirkstall-Abbey.aspx

The abbey continues to be a much loved visitor attraction in Leeds, and throughout the year is home to a variety of family fun events and activities. This includes the recent launch of the ‘Happy Abbey’ art project, which when completed, will see community and disabled groups from across the city decorate 20 hardboard monks before making their way to a new home at the abbey. For more information, please see: https://www.facebook.com/pages/The-Happy-Monks-of-Kirkstall-Abbey/671373879587411

"Having been involved in this project from the very start, I have seen at close quarters the amazing amount of hard work which went into making the markets at Kirkstall Abbey a reality. It has been really brilliant therefore to see the event become so popular with so many people over the last three years, and I would personally like to thank everyone who has contributed.

"With around 50 stalls offering a range of fantastic products and local produce there is certainly a lot to see, and where better to spend an afternoon than in the spectacular surroundings of a 12th century Cistercian ruin?

"The markets really are a great success story, and we look forward to celebrating many more birthdays in the future."

"It’s fantastic to see the markets reach their third birthday and it’s a testament to all the stall holders and visitors who turn up at the end of every month, rain or shine, to make them such wonderful occasions."

The deli markets will be held on the following weekends in 2014:

Stalls which feature at this year’s markets can be found here: www.leeds.gov.uk/museumsandgalleries/Pages/Kirkstall-Abbey.aspx

Kirkstall Abbey is one of the most complete Cistercian monasteries in Britain. Founded in 1152 by Cistercian monks, Kirkstall was a religious centre in Yorkshire until 1539 when it was closed by Henry VIII during the Dissolution of the Monasteries.

Visitors can explore the abbey ruins to discover where the monks worked, lived and prayed over 800 years ago, from the majesty of the church to the peace of the cloisters.

The Visitor Centre is home to displays about the abbey, kid’s dressing up and a shop selling unique bespoke products. Entrance to Kirkstall Abbey is Free. There are regular events at the abbey throughout the year, including the Kirkstall Festival every July.