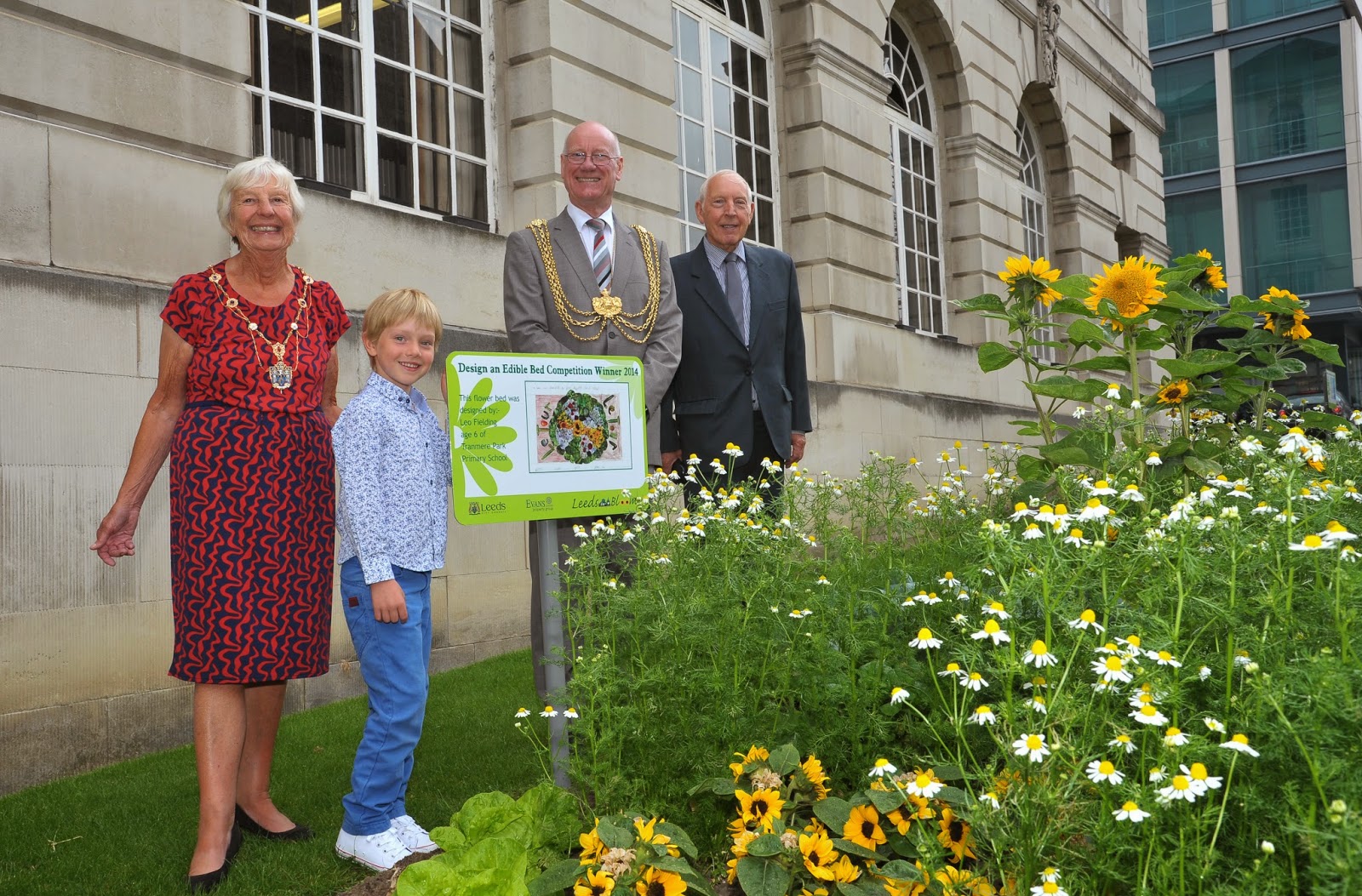 Caption: The Lady Mayoress Janet Harper, the Lord Mayor of Leeds Cllr David Congreve and Cllr Jack Dunn take a look at one of the winning designs by youngster Leo Fielding from Tranmere Park Primary School.

Talented young artists from schools across the city have seen their flowerbed designs become a reality outside of one of Leeds’ most prestigious civic buildings.

Held as part of this year’s Leeds in Bloom design a flowerbed or edible bed competition, 10 lucky winners were invited to see their designs come to life in locations outside the civic hall as part of a special ceremony where they were also presented with prizes and certificates by the Lord Mayor of Leeds Cllr David Congreve and Cllr Jack Dunn. Gardening gift vouchers totalling £300 were also presented to the schools that each youngster attends.

Over 1700 entries were received as part of the initiative, which aim is to encourage young people to, not only become more aware of their environment and its horticulture features, but also find out more about the fun they can have while gardening.

Sponsored by Evans Property Group Leeds in conjunction with Leeds City Council’s Parks and Countryside team, the competition has become a firm favourite with youngsters in city schools.

"The quality of designs that we received from youngsters in our flowerbed and edible bed competition really were of the highest quality and it was extremely difficult to whittle them down to just 10 from over 1700 entries.

"We are extremely proud of our in Bloom tradition in Leeds, and through projects such as this one, we hope to inspire a new generation of young people to have great pride in their local environment."

"The flowerbeds and edible beds outside Leeds Civic Hall look absolutely wonderful and it was lovely to be able to meet each of the winners who designed them.

"This competition is a fantastic example of the great artistic ability that exists in our schools, and I hope that if people are passing the civic hall they will take a moment to have a look at each of the designs."

The ten winners were: