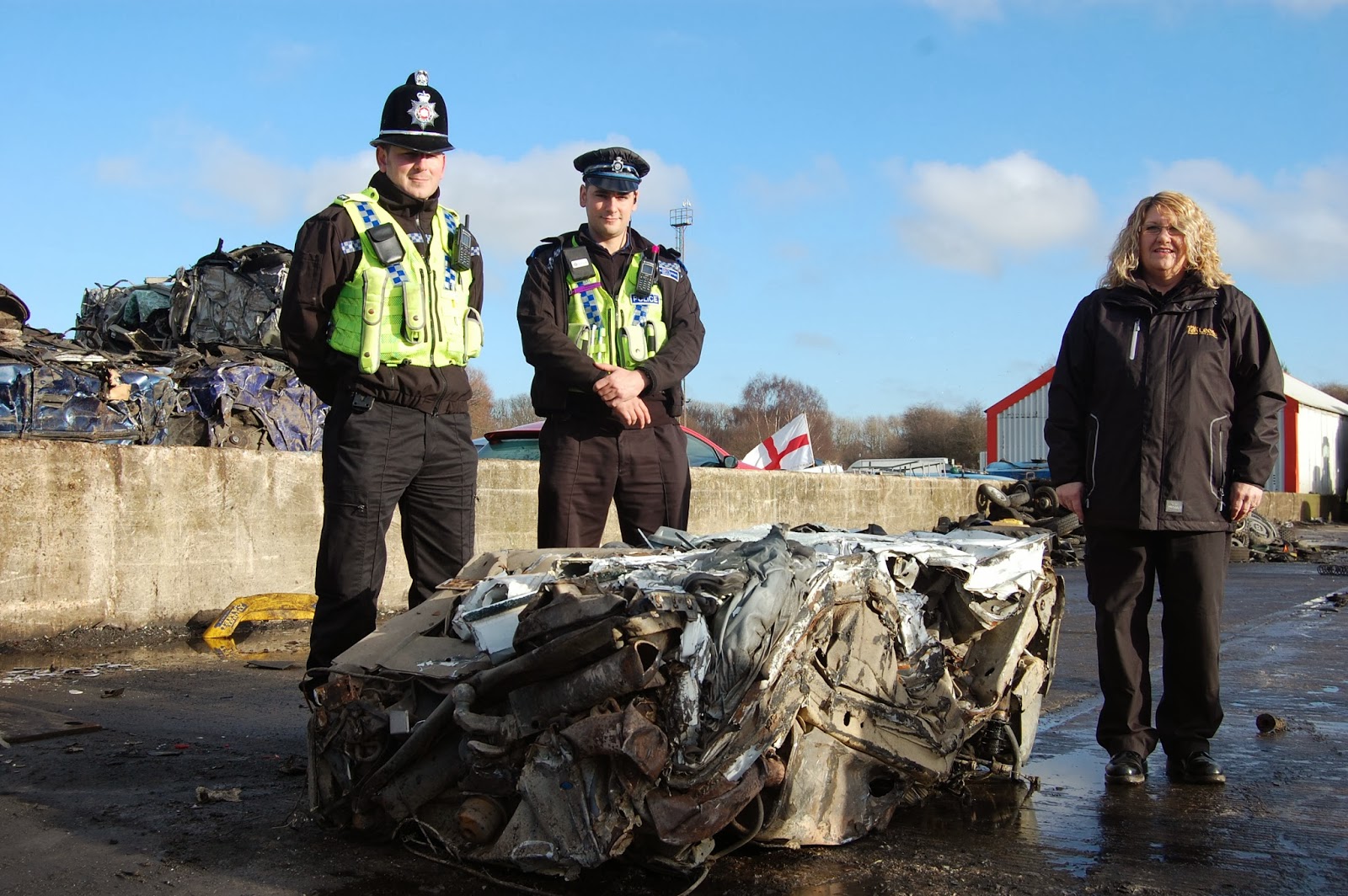 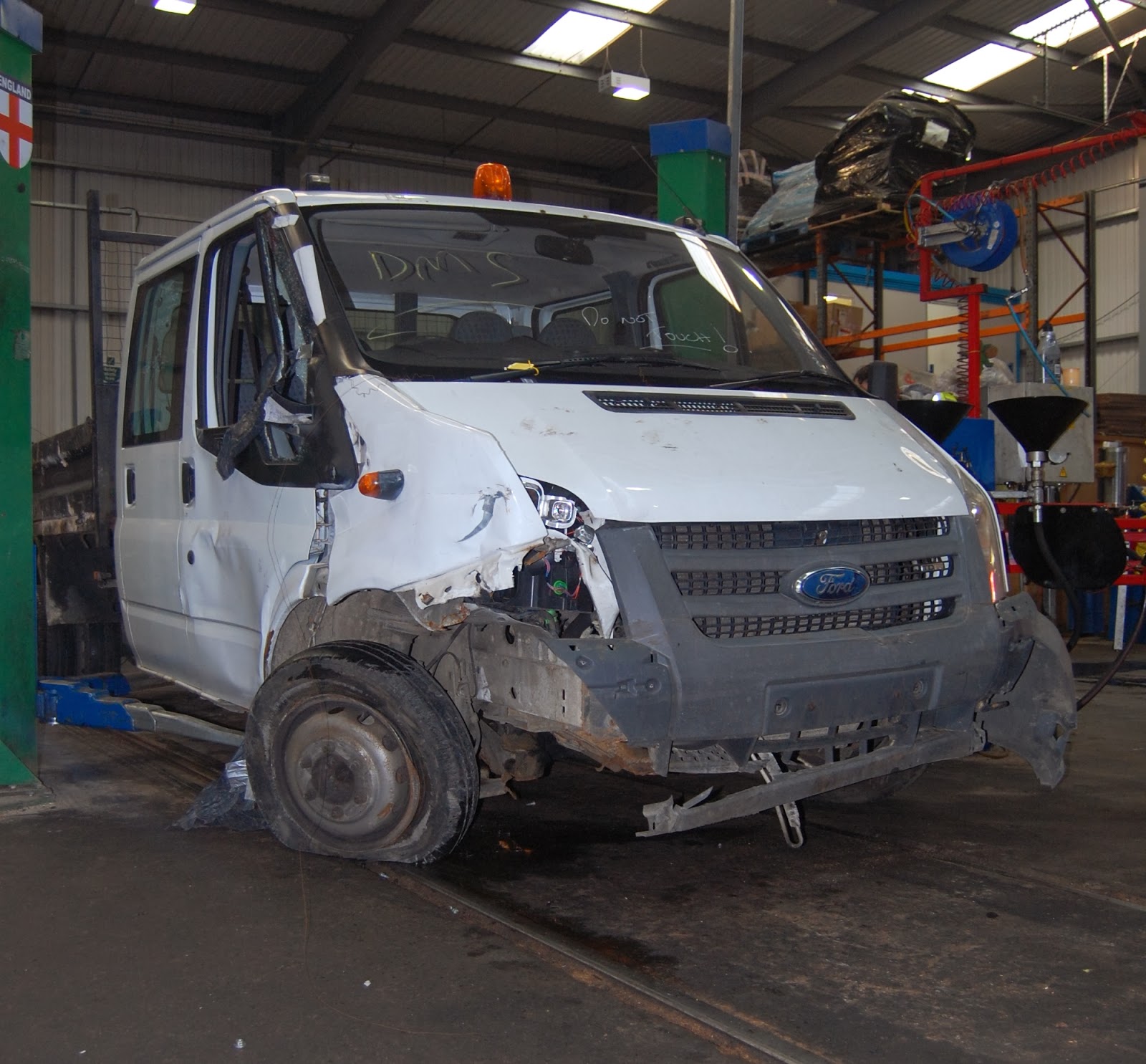 The truck was damaged when the flytipping culprits were disturbed and fled the scene. 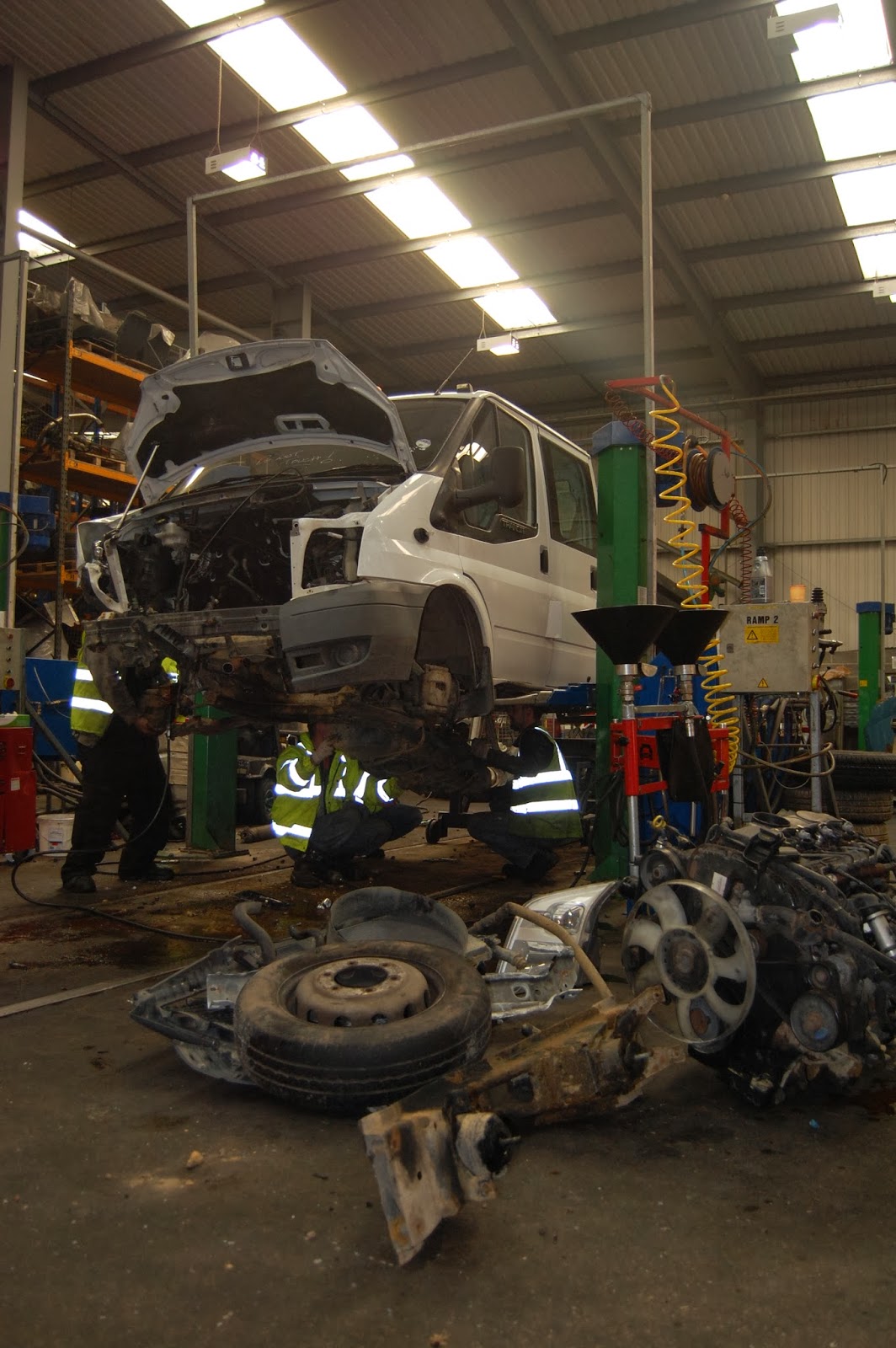 The pile of parts grows as the vehicle is stripped. 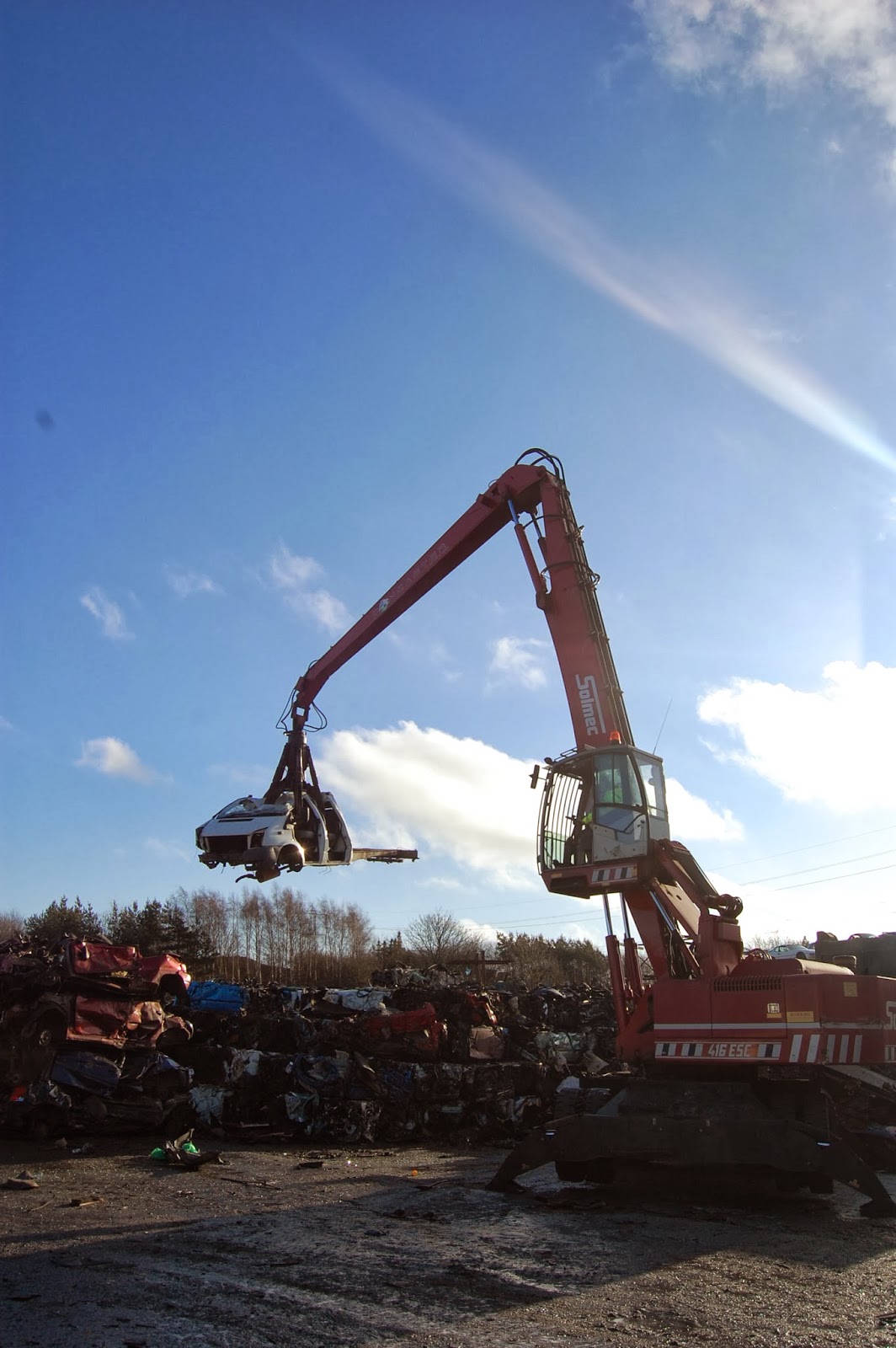 The vehicle is lifted into the crusher.

A Leeds flytipper has had his hopes of returning to a life of grime crime crushed alongside his vehicle.

The vehicle was seen being used to illegally dump rubbish on a bridleway in the Bramham area on 20 October last year.

The driver and his flytipping passenger fled the scene when they realised they’d been spotted. In their haste to make a getaway, they crashed the truck at the junction of Paradise Way and Thorner Road and abandoned it.

Police recovered the vehicle and called in the council’s environmental action officers to investigate the flytipping incident.

Working with the police, council officers have made every effort to identify the driver and his passenger to bring them to justice.

The offenders have not yet been traced and with no one claiming the damaged vehicle it has been stripped for parts and destroyed.

“Our staff are relentless in their pursuit of those who commit environmental crimes as local people are fed up of their communities being used as unofficial dumping grounds.

“We use all the legal powers at our disposal to put flytippers out of action. Although we’d like to have our day in court with the offenders, removing and destroying the key tool in their illegal trade so they can’t commit other crimes is a great result.”

“Fly tipping is a blight on our communities. It's an affront to everyone who plays by the rules and respects our environment. I know it's something which people expect police and local authorities to challenge and we are doing that across Leeds. Those involved here were caught by a Wetherby based Police Community Support Officer who works closely in partnership with our council colleagues to tackle this sort of environmental crime.

“Despite our best efforts, we have not yet been able to identify those responsible but in the meantime the destruction of their vehicle is a positive message."

Environmental action officers will continue to try to identify the two offenders and anyone else who commits environmental crime to take court action against them.

In July 2013, a vehicle used to flytip five tonnes of rubbish in Holbeck was seized by the council. This vehicle was sold at auction with the profits being used to fight grime crime.

Mobile CCTV cameras are used to detect flytipping and trace the culprits and residents who witness any instances of fly tipping or have any information that will help identify individuals involved in environmental crime can call 0113 222 4406.