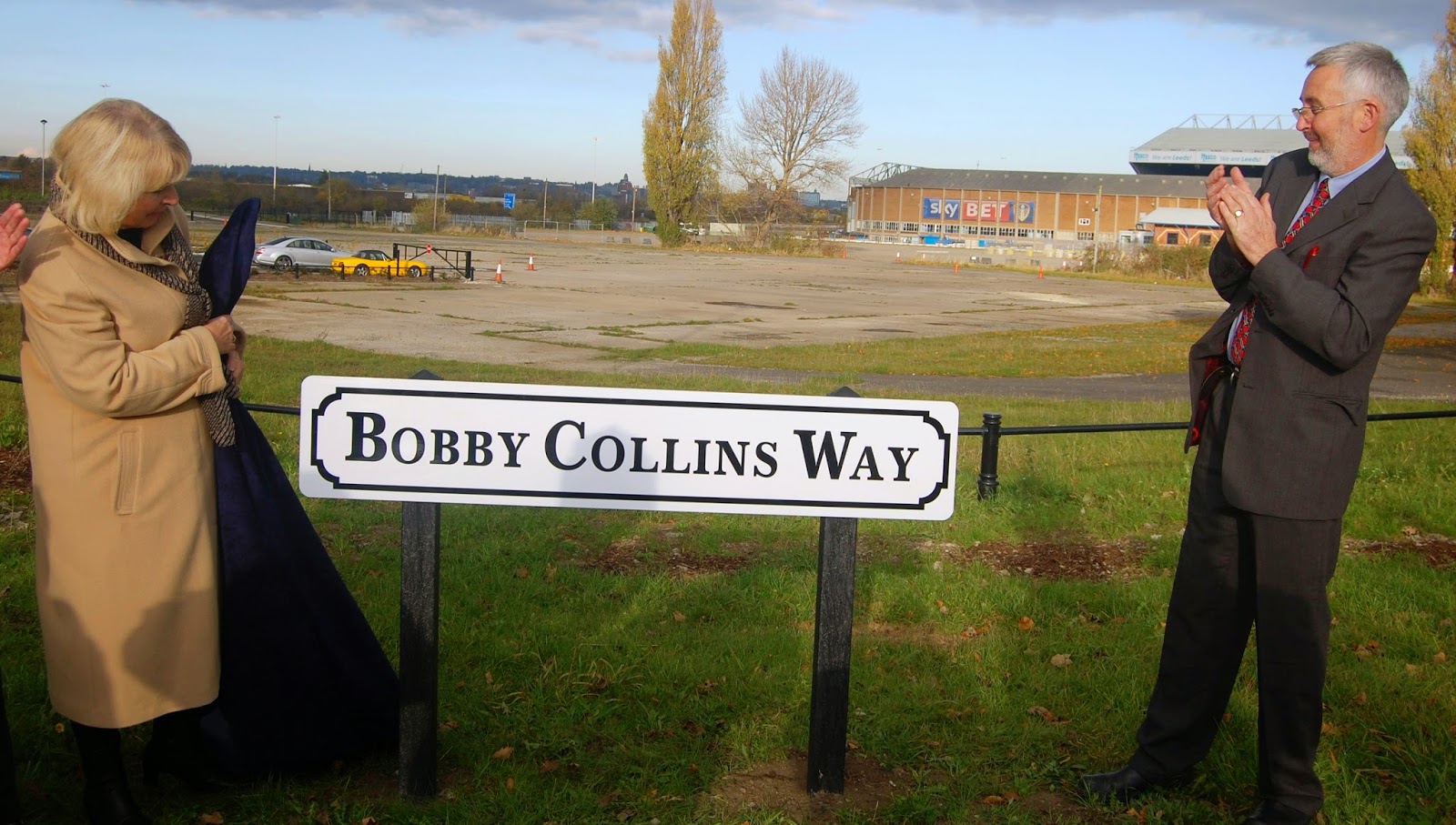 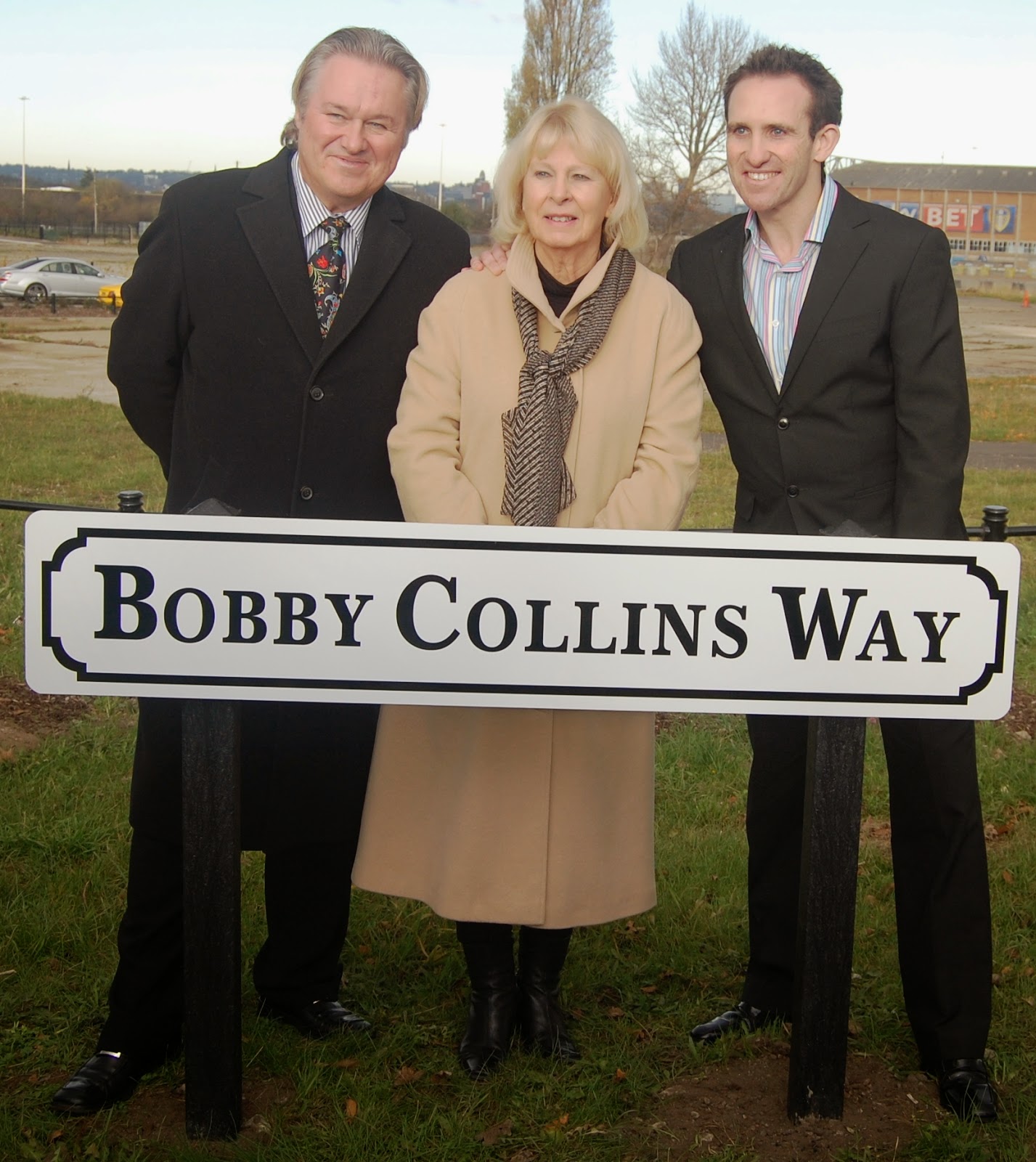 The new road will now be known as ‘Bobby Collins Way’ after the official unveiling of the road sign this week by Bobby’s widow Betty, and Councillor Richard Lewis. Also present were members of Bobby’s family, who were joined by Leeds United greats, Eddie Gray, Peter Lorimer, Terry Yorath and club president and owner, Massimo Cellino.

"It is great to be able to officially name the access road of the park and ride after a Leeds United legend.

"The proximity of the road to Elland Road Stadium makes this a fitting tribute to Bobby Collins, and I am pleased we have been able to work so closely with Bobby’s family, the club and supporters to make this happen.”

After talks with Bobby’s family, Leeds United and the supporters club, the council felt it fitting to name the road after such a well known and loved football player.

"This is a wonderful tribute to Bobby, and I would like to thank Leeds City Council and everyone who helped arrange this."

The road forms part of the recently-opened park-and-ride site that lies just a stone’s throw from the stadium.

The 800-space park and ride facility on Elland Road opened earlier this year in June and offers a 10-minute shuttle service into the city centre providing a bus every 10 minutes from 7am – 7pm Monday to Saturday, apart from Saturday Match Days when Leeds United are playing at home.


Users can find all the information they need about payments, timetables, match days, special offers and discounts at www.wymetro.com/park-and-ride.

The park-and-ride is a partnership between Leeds City Council, West Yorkshire Combined Authority and First Bus.

Journeys will be easily accessible and frequent with two payment options for travel from the Elland Road site. Regular return tickets start from £2.70 with off-peak returns after 1pm, concessions and Saturday journeys costing £2.

Numbers of cars parking at Elland Road Park & Ride have risen from between 500 and 600 when it first opened in June to over 1,100 per week now and weekly passenger numbers are over 2,500.