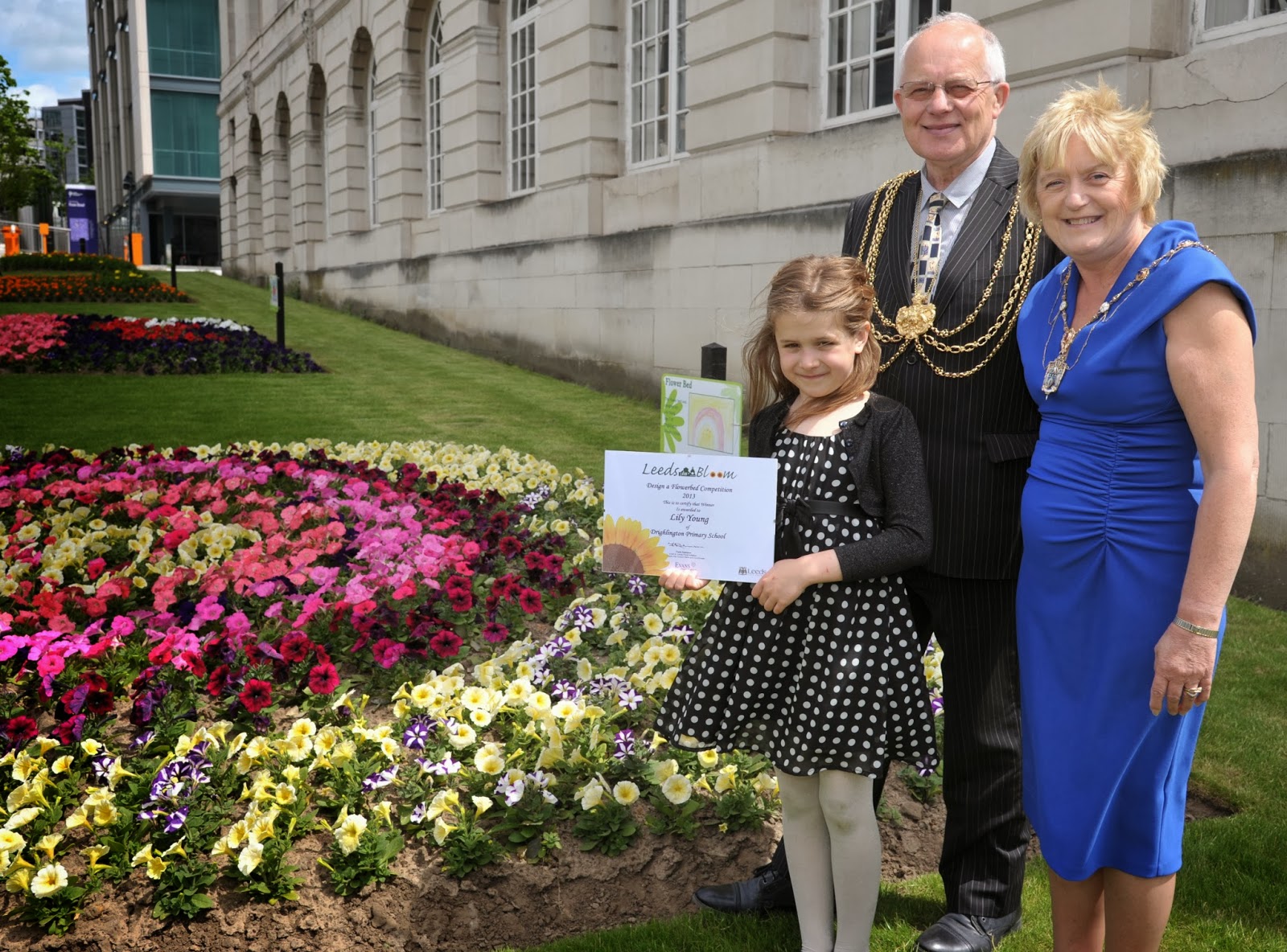 Time is running out for young people aged 4-16 to submit their entries for the Leeds in Bloom flowerbed competitions.

Closing on March 31 2014, six lucky winners in each category will see their designs for a flowerbed or edible flowerbed displayed in a city centre location, and also receive an invite to the annual In Bloom awards where individual prizes and certificates will be awarded by the Lord Mayor of Leeds, Councillor Thomas Murray. Also included as part of the prizes on offer, is the opportunity for the young people to claim £300 of nursery vouchers for their school.

Leeds has a thriving In Bloom network with over 50 groups in communities across the city that contributes to over 1300 floral displays. Last year, as part of Yorkshire in Bloom, Leeds was named as the winner of the ‘Large City’ category, and was also awarded The Yorkshire Rose Chairman’s award which recognises a community that has made outstanding efforts to promote all aspects of the different ‘In Bloom’ campaigns.

"We are extremely fortunate to have a thriving In Bloom network in Leeds, and this a great opportunity for our young people to showcase their skills by designing a flowerbed or edible flowerbed which if selected, will be planted in the city centre.

"The lucky winners will also have the chance to receive a prize from the Lord Mayor at the In Bloom annual awards, and if this was not enough, they could also win £300 of nursery vouchers for their school."