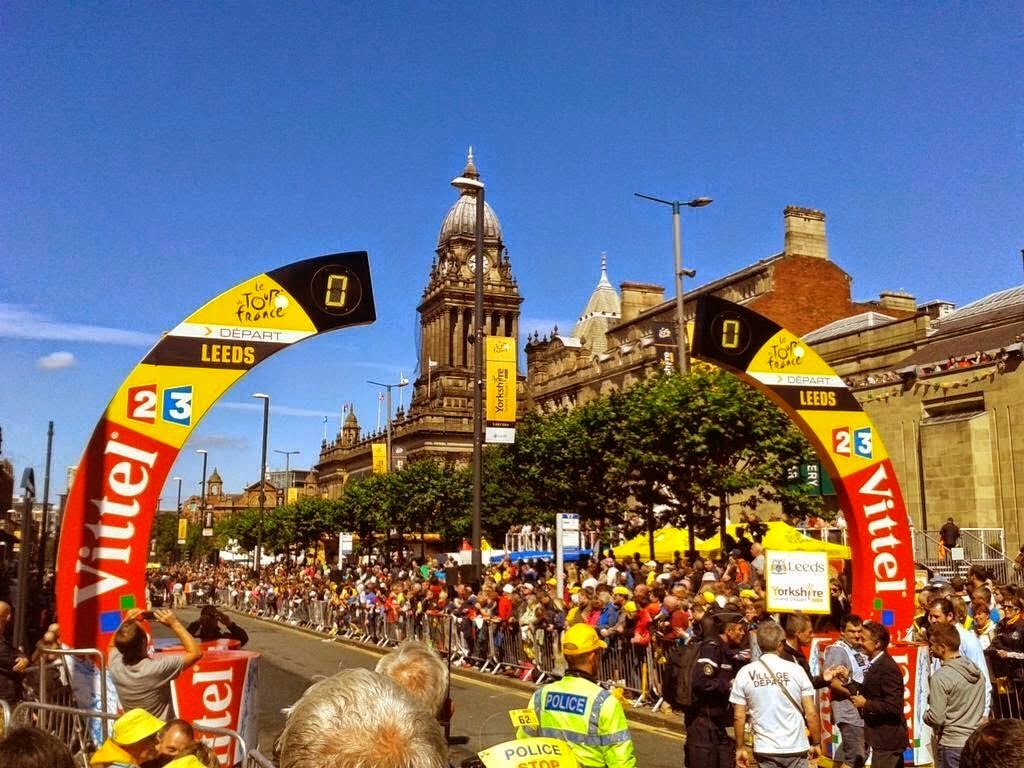 Caption: Leeds enjoyed a hugely successful Tour de France Grand Départ earlier in the year, and Beryl Burton OBE was one of the first people to put the city on the cycling map through her achievements.

The fantastic achievements of female Leeds cyclist Beryl Burton OBE will be officially recognised next week by the award of the city’s highest civic honour.

As part of a special meeting held at Leeds Civic Hall on Wednesday 10 September from 1pm, Beryl’s name will be added posthumously to an illustrious list of people that feature on the ‘Freedom of the City’ board in Leeds Civic Hall. Those who have previously been granted the award, include Jane Tomlinson CBE, playwright Alan Bennett, former South African president Nelson Rolihlahla Mandela and former British Prime Ministers, Clement Attlee and Sir Winston Churchill. Conformation of Beryl’s nomination was confirmed by councillors at a previous meeting of council in July, which was also attended by Tour de France director Christian Prudhomme.

"After hosting a truly unforgettable Grand Départ earlier this year which will live long in the history of both our city and indeed the Tour de France, it is only right that we recognise Beryl Burton OBE for her amazing deeds in the sport that were pivotal in first putting Leeds on the international cycling map.

"The word legend is sometimes used far too easily in sport, but I doubt there is anyone who is aware of Beryl’s achievements that would argue she is not fully deserving of this title. Beryl accomplishments were simply staggering, and make her undoubtedly the greatest British female cyclist of all time. There is absolutely no doubt in my mind that if Beryl was racing today given the higher profile that women’s cycling has now compared to the 1960s and 1970s, she would be a global sporting star."

Beryl, who died aged 58 in 1996 having lived throughout her life in Morley, enjoyed a stellar career and left a record that is undoubtedly one of the greatest that the sport of cycling has ever seen. These include being crowned five-times world champion over 3,000 metres, 13 time national champion and in a truly incredible feat, British best all-rounder champion for 25 successive years.

In what is Beryl’s arguably great accomplishment, the former Morley Cycling Club and Knaresborough CC rider also held the men’s world 12-hour time trial record for two years in the 1960s. In 1967, this included pedalling 277.25 miles in 12 hours, and it was only in 1969 that a man was able to beat this record. To this day, no other woman has been able to beat the time set by her.

This civic recognition will help ensure that Beryl’s achievements, which did not always receive the plaudits that they truly deserved during her lifetime, are not forgotten, and also act as a real inspiration to future cyclists.

Present at the ceremony will also be members of Beryl’s family, as the city recognises someone who transformed cycling and women’s participation in the sport in particular. This impact is highlighted by the words of a Frenchman in the foreword of Beryl’s memoir, who simply said: "If Beryl Burton had been French, Joan of Arc would have to take second place."

Also being held in the city centre on the 10 September to coincide with the official awarding of the posthumous honour to Beryl, will be a special festival of cycling on Millennium Square. Organised by go:cycling, as part of the event, which will be held from 10am-4pm, visitors can enjoy cycling simulators, cycling lessons, bike powered smoothie makers and try out accessible bikes and multi-person bikes.

To find out more about the range of cycling opportunities in West Yorkshire, visit the go:cycling web site at www.wygocycling.com

"The awarding of the city’s highest civic honour is also our way of ensuring that Beryl’s legacy will live on, and we look forward to seeing her name be placed next to those people previously awarded the ‘Freedom of the City’.

"Members of Beryl’s family will also be attending on the afternoon and we look forward to welcoming them on what promises to be a really inspiring and fantastic occasion as a special festival of cycling is also held on Millennium Square throughout the day."