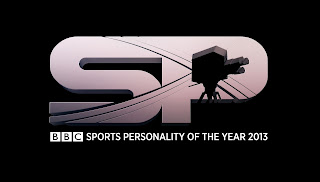 A recruitment drive has begun to find volunteers to become Leeds City Ambassadors to help with the smooth running of next month’s prestigious BBC Sports Personality of the Year awards.

Leeds City Council and its partners are calling on volunteers to assist with the flagship annual BBC awards event which will see some of the biggest names in world sport come to the city for the show at the new first direct arena on Sunday 15 December.

As City Ambassadors the volunteers will be part of the team managing the high-profile event, meeting and greeting people, helping them get to the arena and giving a Leeds welcome as they arrive in the city centre between 5-7pm. At the end of the show the ambassadors will also have a role to play in assisting the audience as it leaves the venue between 10-11pm. Those interested can choose either or both time slots.

Anyone keen in taking part can express their interest by emailing city.centre.managem@leeds.gov.uk by Wednesday 27 November 2013. Those selected will then be invited to a training and induction event at Leeds City Museum on Wednesday 4 December from 4-6pm. A full briefing will be given and clothing will also be provided.

The City Ambassadors were out in force earlier this summer for the opening events held at the first direct arena, drawing widespread praise for their part in helping make the opening a major success.

“Our City Ambassadors were one of the reasons the opening of the arena was so successful this summer. Their warm welcome to visitors helped create a really special atmosphere and absolutely showed Leeds at its best.

“BBC Sports Personality of the Year is another huge event that the city is really proud to be hosting, so we are asking the ambassadors to help make sure it is just as big a success for Leeds. Plus some of the biggest names in British and world sport will be in Leeds for the show so you never know who you might see that night.”

Further Leeds City Ambassador events will be announced in the coming months - go to www.leeds.gov.uk/leisure/Pages/New-.aspx for more details.