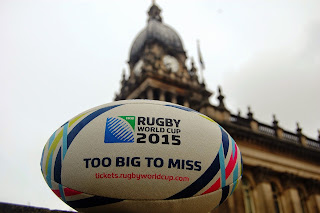 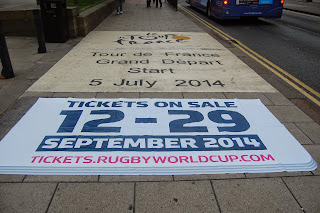 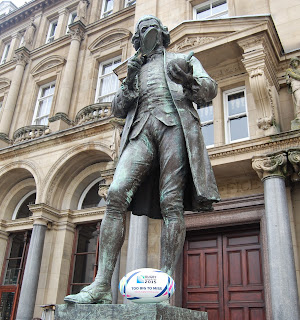 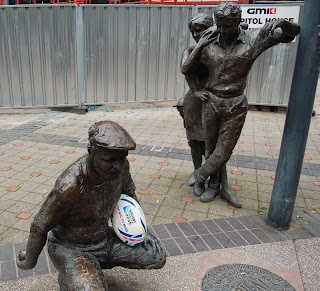 Leeds is hosting two games at Elland Road as part of a weekend of Rugby on 26/27 September 2015.

Tickets to the two Leeds games will be available from just £20 for adults and £15 for children, and a family ticket (two adults and two children) will start from just £70.

Tickets went on general sale on Friday (12/9) at tickets.rugbyworldcup.com and people have until 6pm on 29 September 2014 to apply. During this time people will be able to apply for the matches and the number of tickets that they would like to purchase. The process will not work on a first come, first served basis, so people can submit their applications throughout the whole window. Matches that are oversubscribed will be balloted to ensure the fairest possible allocation of tickets.

“It is really exciting to know that all tickets for this fantastic tournament are on sale, but I would encourage people to ensure they register during the ballot period to ensure they get tickets to this great event.

“We have two fantastic games happening in Leeds, with affordable tickets prices, which will no doubt allow for an excellent weekend of rugby.

“I can’t wait to see a packed out Elland Road with fans from all four nations and elsewhere cheering the teams on.

“Having hosted the Tour De France Grand Départ less than a few months ago, Leeds is now preparing to host its next world class event and bring the city to life once again next September 2015.”

"This is an exciting moment as up to one million tickets are on sale for Rugby World Cup 2015. As we approach a year to go, it's the moment that rugby fans all around the world have been waiting for.

"We have worked hard to develop a ticketing system which makes the application process easy and efficient as possible, and offers flexibility to fans. Fans have 17 days to apply, so there is no rush and they should take time to consider what they would like to purchase.

"With prices starting at £15 for adults and £7 for children, it's a fantastic opportunity to watch the world's best teams play in some of the best venues in England and Cardiff.”

To register and apply for tickets visit tickets.rugbyworldcup.com